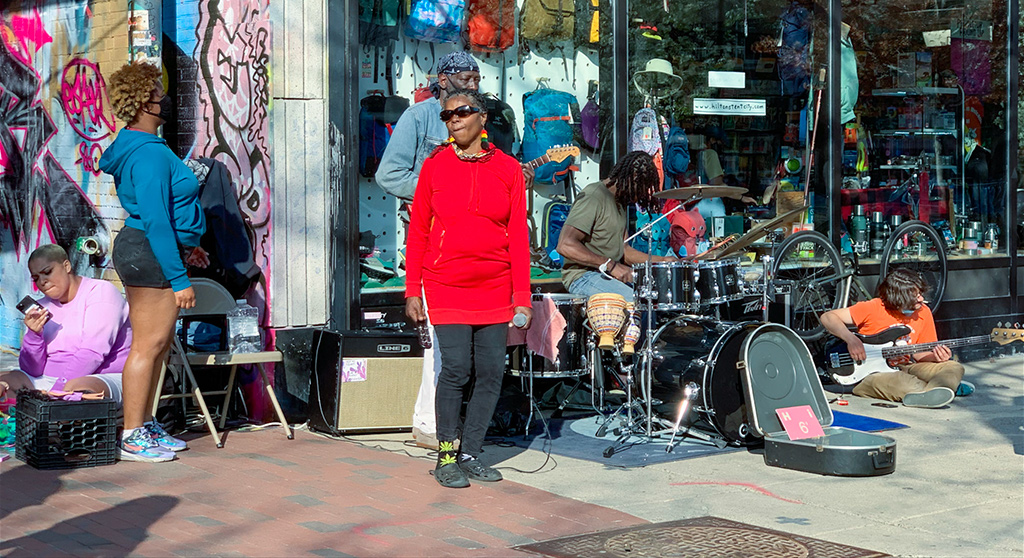 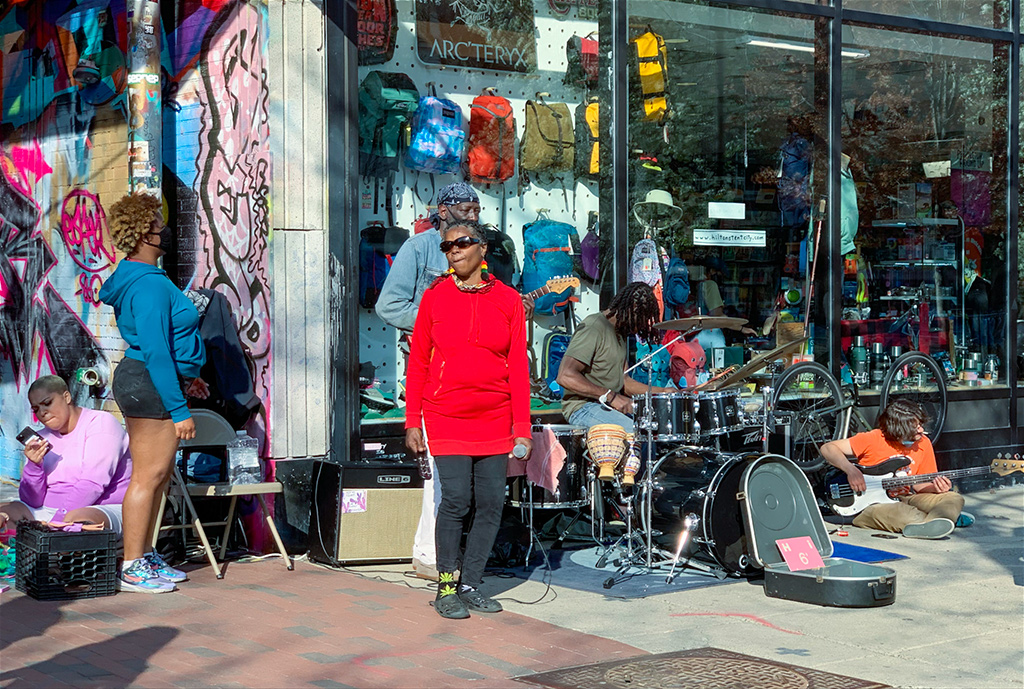 With coronavirus cases dropping and good weather, it looked almost like there was no pandemic to worry about Saturday in Central Square. (Photo: Tyler Motes)

City manager Louis DePasquale strongly hinted Monday that Cambridge will relax some Covid-19 restrictions on businesses because of declining cases and increasing vaccinations. At the same time, the city announced another death from Covid-19, bringing the total to 122 residents who have succumbed to the virus. It was the first additional death since March 2.

DePasquale telegraphed his intentions at Monday’s meeting of the City Council, answering a question from councillor Quinton Zondervan that had been directed to chief public health officer Claude Jacob. Zondervan, who has pushed repeatedly for even more limits on business, took note of the death as he told Jacob: “I celebrate the fact that our numbers are down … It looks like it is the trend and we are very fortunate for that. I do worry that if we use that as a reason to reopen too quickly, we can get back into trouble. My question is, how do we think about that? If the trend continues and we get closer and closer to zero, I think we’d feel better about reopening. Until that, how do we decide whether we’re going to reopen to some extent?”

DePasquale answered before Jacob could reply, saying “I can jump in and Claude will follow.” He went on to say that “we did notify the business community that, you know, if numbers continue to go in a positive direction, we would become more in line with what all the other cities have done except for Boston and Somerville.”

Over the past two weeks, the seven-day average number of new confirmed Covid-19 cases in the city dropped to 8.3 cases from 20.8 cases per 100,000 population. Massachusetts has also registered a decline. The number of residents who are fully vaccinated rose to 30,629, or 27 percent of the population, as of Thursday, up from 24 percent of the population the week before. Half of residents had received at least one shot compared with 42 percent the week before.

The city’s major departures from the state and other communities are to hold limits on public gatherings to 100 people outside and 50 indoors and to keep large sports and entertainment venues closed. Gov. Charlie Baker had allowed venues to reopen March 1 and increased gathering limits to 150 people outside and 100 indoors. The city also has banned live music performances in restaurants. Scientists and public health officials have also recently discussed whether it’s necessary for people to wear masks outdoors and if so, under what conditions. Cambridge and the state require it.

A day after the council meeting, the Gov. Charlie Baker administration issued a calendar for reopening businesses and relaxing rules extending into August. The first change will come Friday when people will be able to leave masks off outdoors except when they can’t maintain a six-foot distance.  That’s similar to the city’s mask rule enacted for the summer months of 2020. However, face coverings will remain required indoors at public events and at some outdoor events except when someone is eating or drinking; they will be recommended at small gatherings in private spaces.

On May 10 the state will allow ballparks, arenas and similar large venues to increase capacity from 12 percent to 25 percent and let other large venues such as amusement parks reopen at 50 percent capacity. Youth and adult sports tournaments can be held and indoor singing will be allowed in restaurants with distancing requirements. The roadmap continues with increased gathering limits on May 29 and other changes, including allowing restaurants to serve 10 people at a table and serve alcohol without food. All business restrictions and gathering limits will end on Aug. 1. Many changes are subject to case counts and vaccination progress.

The city posted the governor’s blueprint on its Covid-19 web page and gave no indication of how it will react. Depasquale said Monday his office planned to hold a meeting Tuesday on Covid-19 precautions and consult the city’s Expert Advisory Panel of scientists and public health commissioner Assaad Sayah. Sayah also heads the Cambridge Health Alliance.

“There’s no determination that is made. We did feel like based on what we said and what we told people, it is time to have an appropriate discussion of where we are and what is the next step,” he said.

Jacob, who is leaving his post after 14 years to head the public health department in San Antonio, struck a slightly more cautious tone when he got his chance to answer. “Being consistent with how we have been very measured in our approach over the course of last year, this wouldn’t be the time to deviate from that plan,” he said.

He added: “I want to acknowledge sadly … the additional fatality as reported to the department, you should see that updated on the website. We are at 122. We keep the family … in our prayers.”

The person who died did not live in a long-term care facility, Cambridge Public Health Department spokeswoman Susan Feinberg said. Covid-19 deaths in nursing homes and assisted living sites account for 76 of the city’s 122 deaths.