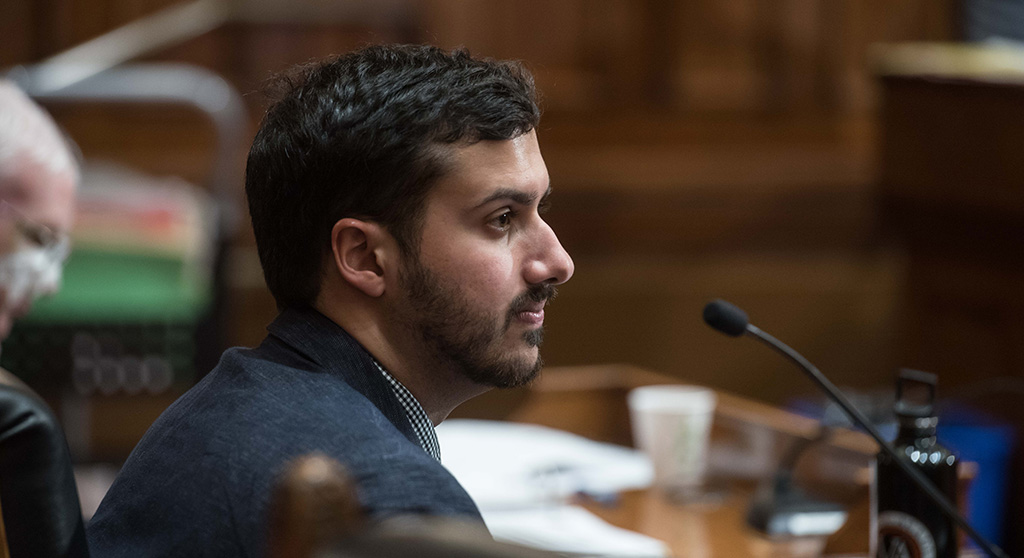 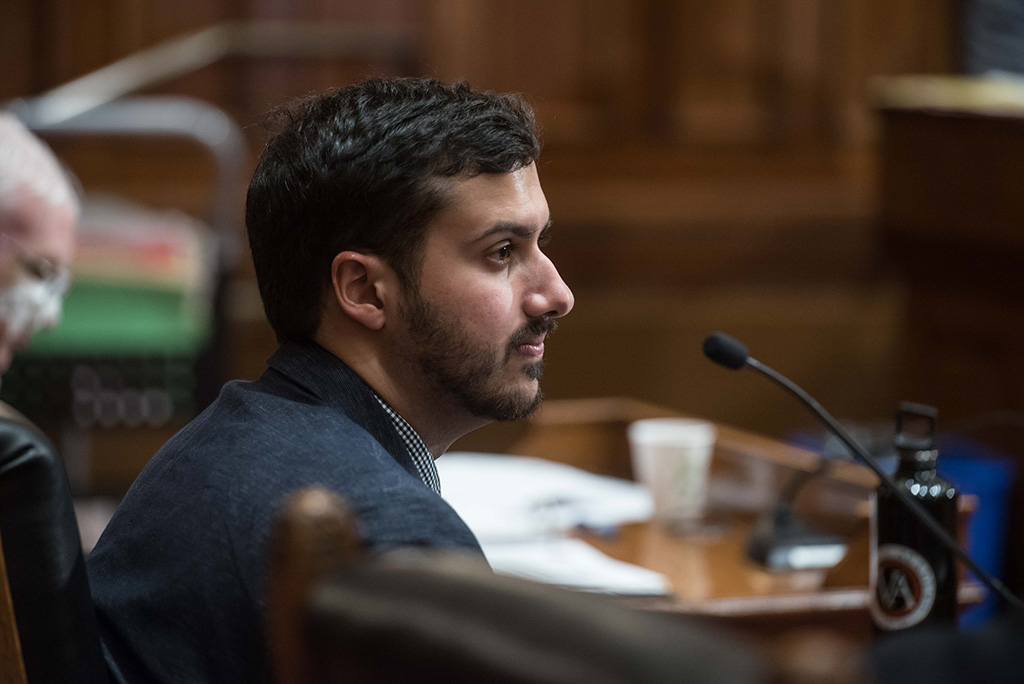 Jivan Sobrinho-Wheeler led a vote Monday to ask for a budget for outside legal advice for himself and the rest of the City Council. This image is from January 2020. (Photo: Derek Kouyoumjian)

Concerns that a City Council budget for outside legal advice violated the city’s charter – expressed last week by the head of the city’s Law Department – were thrown aside by councillors Monday in a 7-2 vote to ask for the money anyway. The Law Department’s concerns were based on a misreading of the charter, one official said.

That sets up a showdown in which councillors rejecting the city solicitor’s interpretation of the law send an order to a city manager who relies on the city solicitor for legal advice, as the council is supposed to.

“The memo and the response last week helped make the case for this policy,” said councillor Jivan Sobrinho-Wheeler, the author of the order. “It makes sense for the legislative branch of the city government to have access to separate legal advice than the lawyers that report to the executive branch and the city manager.”

Even as there was debate among councillors about what the charter allowed them to do, a memo arrived on the agenda from The Collins Center for Public Management at the University of Massachusetts at Boston, their advisers on a charter review begun in September that could change how the city operates. That could be as dramatic as undoing the Plan E form of government that has placed power in Cambridge in the hands of a city manager, or just reflect that there’s “a consensus emerging on at least making some changes in operations,” said Patty Nolan, the first-term councillor who got the process started.

A date will be figured out for a special meeting to discuss the Collins Center’s findings and next steps, Mayor Sumbul Siddiqui said.

The order and the response

Sobrinho-Wheeler’s order calls for the city manager to provide a line item for outside legal research matching not less than 5 percent of the Law Department’s budget for the next fiscal year, likely to be provided by a firm specializing in municipal law when designated by a majority of councillors. He said the process would deliver more transparency and consistency than the current approach, in which councillors find outside lawyers who will advise them on a topic for free; sometimes councillors try to write orders without counsel, which has led to some complaints over the past years of orders too vague to be workable.

An order about green roofs that passed on a 6-3 vote Monday gave Sobrinho-Wheeler a working example of the problem, when the meaning of “biosolar” continued to be debated after weeks. “This is what sometimes happens when the City Council drafts laws without our own outside legal advice – the things we pass are somewhat open to interpretation,” he said. “We’ll have to go back and make it stricter or looser later.” 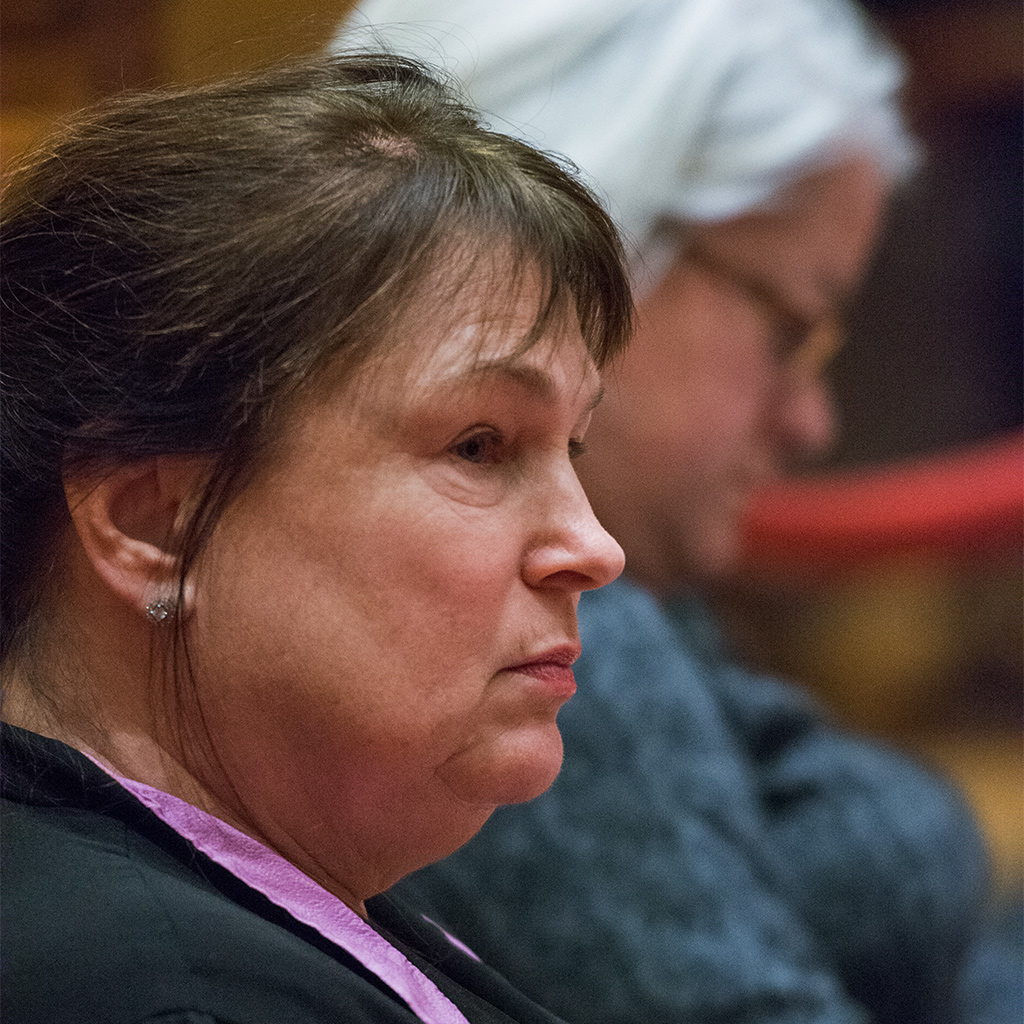 The Law Department memo delivered last-minute before last week’s meeting by city solicitor Nancy Glowa included a counterproposal: a liaison between her department and the council to ensure advice came faster or at least on a more predictable schedule. It also laid out the legal arguments against outside counsel – including that councillors’ call for it could be a charter violation with “the potential for fines or jail time,” with examples of where attempts to get outside counsel have been quashed, such as in Boston.

Communities such as Fall River, Methuen and Newburyport have brought on independent legal counsel for different branches of government, though, Sobrinho-Wheeler said, and “the charter is also clear that the City Council has the right to make requests about the budget, and that city councillors won’t go to jail for making a budget request.” In addition, while the solution proposed by Glowa “is a good approach,” it was asked by a council committee in 2019 with no response, he said.

Vice mayor Alanna Mallon noted that what Glowa had cited in the charter with warnings of fines and jail time was inappropriate for what councillors were talking about.

“I think there’s some confusion in the community about whether or not we can go to jail tonight for passing this policy order,” Mallon said. But the portion of the charter cited by Glowa had to do with the appointment or removal of officers or employees of the city. “That’s certainly not what we’re asking for.”

Councillors ask “all the time for new positions to be considered, as well as advocate for consultants to help departments with specific projects. I’ve done it myself on a few occasions,” Mallon said. “I asked that we hire a consultant to work with residents on Cambridge Street bike lanes and how to work better on future projects, and asked the city manager to hire a director of cultural planning as a recommendation from the Arts Task Force. Both were approved by the City Council and both happened.”

Others said they had not felt threatened with jail time and, in the words of councillor Marc McGovern, that discussion of it “got way overblown … I don’t think the city solicitor had any ill intent or was trying to intimidate us in any way.”

McGovern defended the Law Department as hard-working while admitting he’d had his own frustrations with it, and questioned the logistics of having outside legal advice that clashed with how the city solicitor interpreted the law. Yet his assessment still crystallized the problem that Sobrinho-Wheeler’s order tried to address.

“I do believe that the law office does their absolute best to walk the line between the city and the council when there are differences. Nine times out of 10, there’s not differences. But there are times where the council wants to do something that maybe the city doesn’t want to do. And I can imagine that’s a horrible place to be sitting when you have two [of] the people you’re supposed to represent arguing over wanting to do different things,” McGovern said.

The two votes against asking for a budget for outside counsel were the two longest-serving city councillors: E. Denise Simmons; and Tim Toomey, who said the order was “opening up a hornet’s nest.”

Simmons said she read the charter to agree with Glowa and that this “feels like a hire to me,” and rejected the idea of outside legal advice as “opinion shopping.”