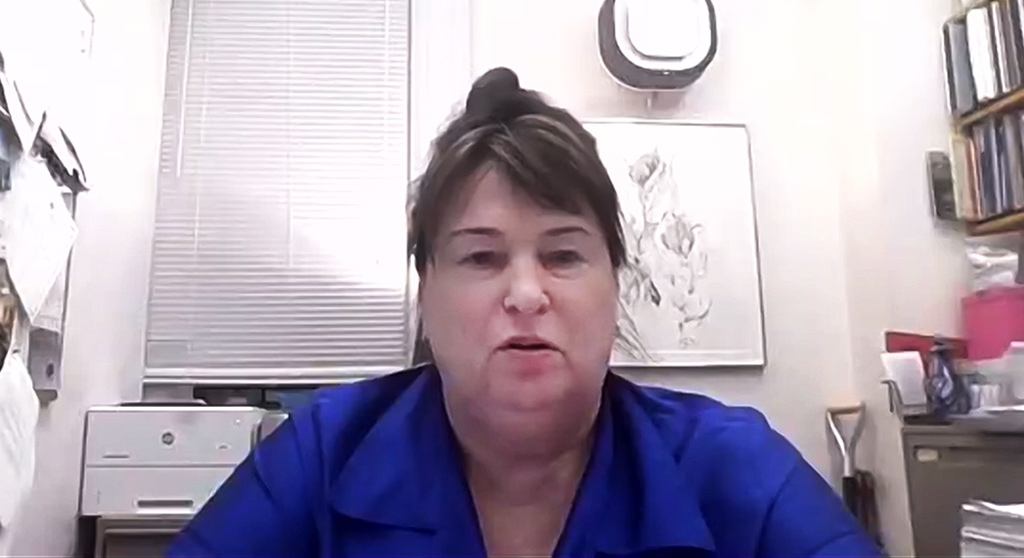 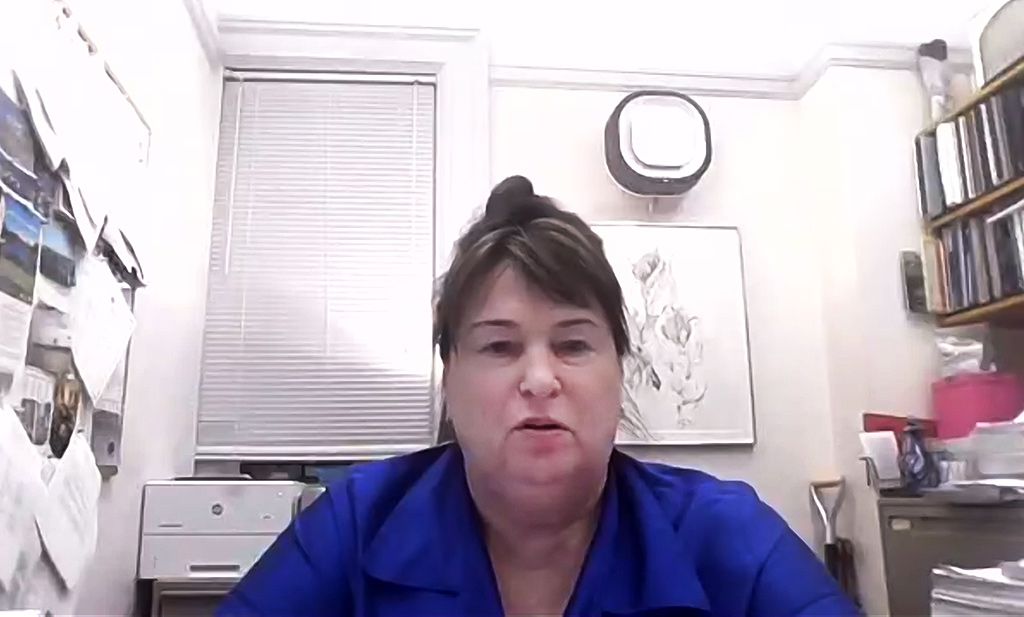 The city solicitor defended her turf fiercely Monday against a City Council policy order exploring getting its own budget for outside legal research, with at least one councillor and some outside observers saying she went too far by insinuating jail time could follow for what she deemed a violation of the city’s charter.

“There are sanctions for violations of the charter with respect to trying to direct or request the appointment of people that are under the purview of the city manager,” city solicitor Nancy Glowa told councillors Monday, citing “the potential for fines or jail time for councillors who violate that provision of the charter. So this is a very serious matter.”

The order, written by councillor Jivan Sobrinho-Wheeler and co-sponsored by Mayor Sumbul Siddiqui and councillors Dennis Carlone and Quinton Zondervan, was introduced April 12 but not discussed then, as councillor E. Denise Simmons used her “charter right” to set it aside until Monday. After the council amended the initial order Monday, Glowa dropped a memo attesting to the order being a violation of not just the city’s charter, which leaves most hiring to the City Manager’s Office, but of city and state law. With the legal memo arriving so late that even councillors couldn’t read it (the public was similarly unable to for much of the discussion), Glowa summarized her findings at some length and with some force. 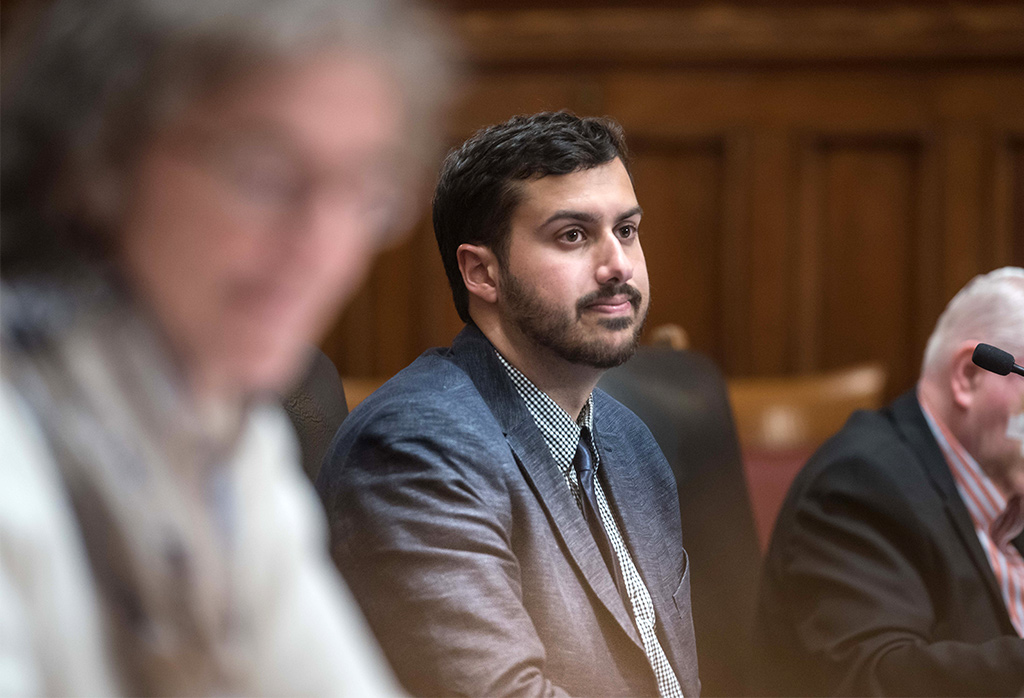 Sobrinho-Wheeler reacted Tuesday. “During discussion of the policy order on adding a legal research budget item for the City Council last night, the head of Cambridge’s Law department threatened city councillors with jail time if they voted for it. I don’t think this kind of intimidation is supposed to happen in a democracy,” he said.

In addition, he found “the section of the city’s 1940 charter that was indirectly referenced” as underlying the potential for fines or jail time “was designed to stop councillors from trying to covertly fire city employees, not prevent budget consideration requests. It was disturbing to see it invoked here, moments before a vote,” Sobrinho-Wheeler said.

Others heard it the same way. On Monday, shortly after Glowa delivered her remarks, the Cambridge branch of the Democratic Socialists of America tweeted that she “threatened councillors with jail time for having the audacity to request the city manager to provide funds so they can sometimes hire independent legal counsel. Democracy in Cambridge.”

Even with the concern that approval of the order by councillors would violate the charter, the overall response by city staff seems overwrought: The council cannot allocate funds on its own, and its orders have been described by councillors over the years as requests made to the city manager and staff – and are phrased explicitly so. The Law Department memo could have followed a vote as easily as it could have preceded it and the city manager could have simply declined to act on the “order” based on it.

Though Sobrinho-Wheeler was undaunted and wanted to continue through to a vote on the order immediately, any potential charter violation was put off when councillors voted 5-4 to table the motion until next week. Vice mayor Alanna Mallon and councillors Carlone, Simmons, Marc McGovern and Tim Toomey formed the majority. Those opposing the end of debate were Siddiqui and councillors Sobrinho-Wheeler, Zondervan and Patty Nolan.

After criticism of the memo’s lateness, which only added to a chaotic debate, City Manager Louis A. DePasquale explained that he’d been working on it with Glowa for the past two weeks. “I didn’t want to just say ‘You’re breaking the charter,’ I wanted to come up with a solution that we felt addressed your concerns,” DePasquale said. “And that was not an easy decision and not an easy process.”

Yet the solution presented in the memo – to appoint an attorney in the Law Department as the council’s main point of contact, giving quick advice on certain topics and staying on top of scheduling work assignments – is the same solution announced at a council Government Operations Committee meeting held Dec. 4, 2019, and never carried out, Sobrinho-Wheeler said.

“It would be a welcome approach to see it implemented, but it is not a replacement for this policy order,” Sobrinho-Wheeler said.

The city solicitor’s memo is here:

The city solicitor’s citations of legal precedent showed the council could not have independent advice because it “is the legislative body of the municipal entity, not a separate entity.”

The council needs a budget for outside legal research, he said, precisely when there is a conflict in having a Law Department that reports to the city manager respond to both the legislative and executive branches of city government. “There have been a number of those occasions recently, including on campaign finance reform, a tear gas ban and reducing red tape for live acoustic music at restaurants,” Sobrinho-Wheeler said.

Having lawyers brought in for advice “willy nilly” would be confusing, Glowa argued, though councillors pointed out that it’s what they do right now – with the limitation that the advice must be free, since there’s no budget for it. She also questioned the ethical standards and quality of work done outside the Law Department, saying she could think of a recent example in which “one of these lawyers that a councillor used in support of a particular argument … cited to authority that was completely inappropriate.” She did not note that weak arguments might be presented by official Cambridge representatives as well.

Not a recent development

Glowa implied that the council order emerged from difficulties over the past year, “because of the pandemic and the significant amount of work that we’ve had to contend with. I wanted to make sure that the council understands that.”

The complaints about Law Department responses go back years, though – with a notable one coincidentally taking place the same night in August 2019 that the council discussed whether they should budget for their own legal advice independent of the city’s Law Department. In that case, the city manager and solicitor took more than 14 months to brush off parking solutions applied in Somerville and Brookline wanted by councillors because of Inman Square construction. “I’m frustrated the length of time that this took. I’m frustrated that we did not get the thing that we asked for,” said Mallon, ultimately rejecting the report and sending it back to the City Manager’s Office as unsatisfactory.