‘Army of the Dead’: We’re off to a Las Vegas heist, but technically it’s impossible to make a killing 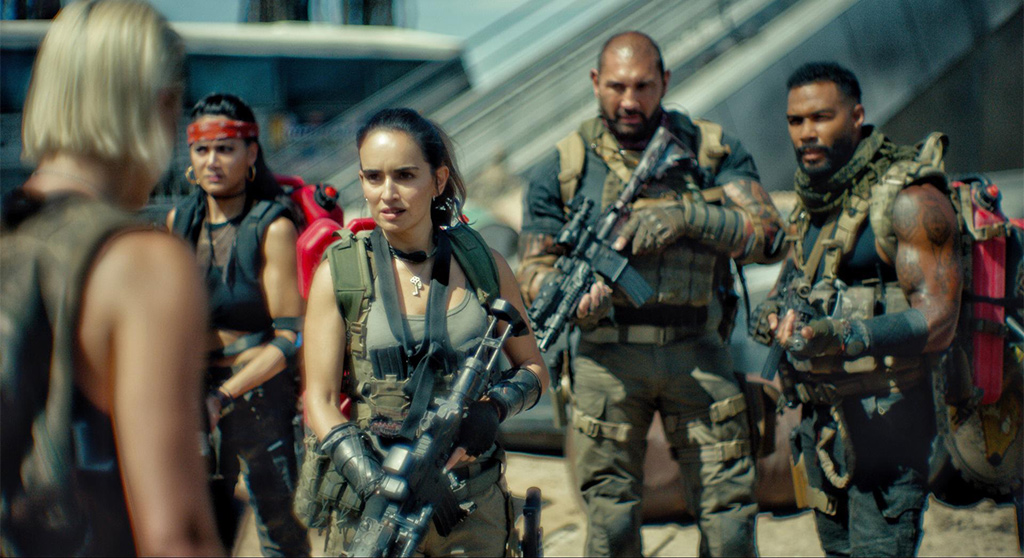 ‘Army of the Dead’: We’re off to a Las Vegas heist, but technically it’s impossible to make a killing

Zach Snyder, the man behind the cinematic resurrection of Superman and the launch of the “Justice League” franchise, cut his teeth on zombie fare with the 2004 remake of George Romero’s “Dawn of the Dead.” One of the eye-popping twists in that update was that the undead weren’t your typical shamblers – they could move at superhuman speed, and had agility and much greater strength than the sagging bags of carrion in films that came before. In his new “Army of the Dead,” Snyder delves back into that bag of tricks, and in the process turns the Vegas strip into a hive of hidden horrors akin to the hellacious labyrinths plumbed in the “Resident Evil” series.

The film opens with a military convoy taking an asset to a secret location in the Nevada desert. As happenstance and an act of fellatio have it, the package – an alien-zombie incarnation that seems like an escapee from John Carpenter’s 2001 “Ghosts of Mars” – gets loose and turns Sin City into a zombie colony. Though it’s walled off by the U.S. Army, efforts to clean and reclaim the Strip fail and nuking it gets a stamp of approval. In that week before the drop, a wealthy mogul named Tanaka (Hiroyuki Sanada) approaches former military ops hero Ward (Dave Bautista), now slinging burgers, to assemble a team for a mission to fetch $200 million sitting in a vault that only Tanaka has the blueprints for. Ward is doubly invested in the grab and go, as his daughter, Kate (Ella Purnell), is working at a camp outside Vegas where people assumed to be infected live in military-monitored migrant camps.

From there “Army of the Dead” proceeds in a pretty straight-up fashion: Navigate the flesh-chomping hordes, a zombified Siegfried & Roy tiger and the zombie king (that alien) and his queen, get the cash, grab Kate and chopper out before the area becomes a mushroom cloud. Kinda like a video game, and likewise solid if predictable genre fun.

Of the colorful recruits, the standouts are mostly Omari Hardwick (“Sorry to Bother You”) as the heady Vanderohe and Tig Notaro, bringing a dash of Jane Lynch comedic relief to the mayhem as the capable chopper pilot. The film’s best parts are that opening scene and the elongated credit sequence chronicling the fall of Vegas as a quirky cover version of “Viva Las Vegas” plays. I’m not sure if Snyder was reaching for something deeper with a zombie king and queen and the seeming foundation of a zombie civilization – they do seem to communicate and have lawful order. It adds a dash of intrigue and of course allows for the assemblage of the entity of the title. In it all, you know there’s a few hidden agendas (think “Alien”) and aptly at one point, The Cranberries’ “Zombie” rolls; it feels like a too obvious choice, like “Viva Las Vegas,” but they both fit poetically as flesh is ripped from bone by tenacious cannibalistic maws.