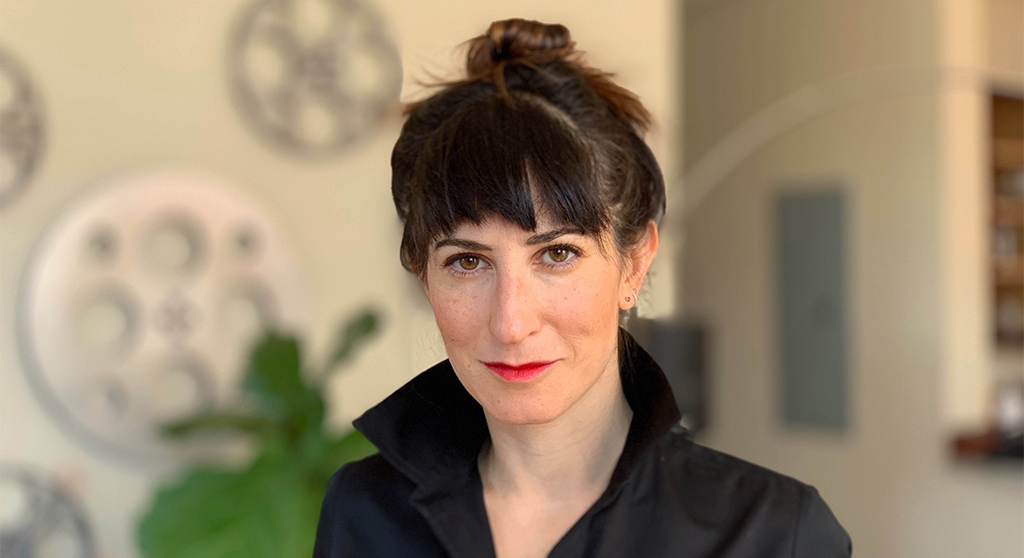 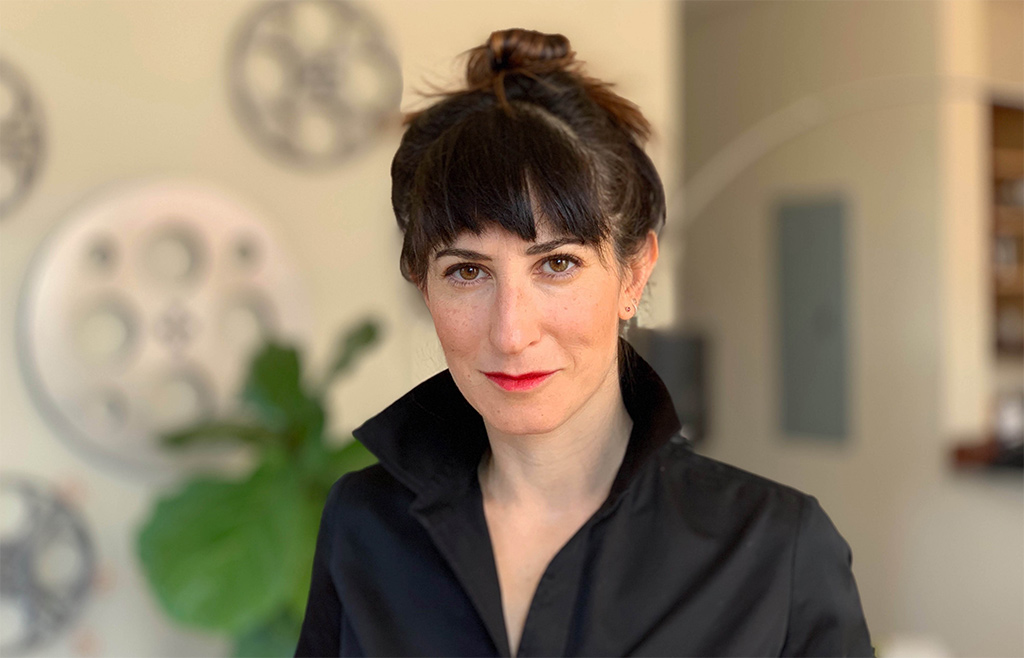 The bridge between law and documentary filmmaking has strong precedent in the Boston area. Cantabrigian Frederick Wiseman, whose filmmaking style is pretty much the embodiment of cinéma vérité, was teaching law at Boston University when he set off to make “Titicut Follies” in 1967; Mary Mazzio was working as an attorney at Boston’s Brown Rudnick when she decided to go to film school and make socially conscious films (“A Most Beautiful Thing,” “Ten9Eight: Shoot for the Moon”). This week, the virtual run of Independent Film Festival Boston brings focus to Cambridgeport filmmaker Rebecca Richman Cohen, who graduated Harvard Law School and now lectures there. On Saturday, the IFFB will screen her third documentary “Weed & Wine.”

Cohen, like Wiseman and Mazzio, is driven by the human side of her subjects. The continent-spanning film that details two families, the land they work, the challenges they face and the tradition of agriculture across generations began as a late-night conversation about terroir in a Parisian wine bar. Cohen describes the French-originated concept of terroir as “the way the land expresses itself in agricultural produce and the history and tradition of that land.” On the rooting of the project, Cohen says, “I woke up the next morning and still thought it was a great idea.”

One of the challenges in making the film was finding a French vigneron family to partake; many found the juxtaposition of wine grape growing and cannabis agriculture off-putting. “People kept telling me I was comparing apples and oranges,” Cohen said via Zoom, “but in the end, it was about family.” Ultimately Cohen gathered with the Jodreys in Humboldt County, California, and the Thibons of France’s Rhone Valley. The patriarch of that Californian cannabis farm, Kev Jodrey, is a New England transplant (you can hear a trace of it in his accent) and has been growing his product outside legal boundaries for years. The Thibons, on the other hand, have been tending to the same vineyards for hundred of years.

Cohen fell into filmmaking by happenstance while attending Brown University. “I got a job as an assistant editor when I was studying aboard in college, because I couldn’t figure out what else to do. Then I got hooked. After college, I worked for Michael Moore as an assistant editor on ‘Fahrenheit 9/11.’” Cohen’s other documentary features include “War Don Don” (2010), which puts the Serra Leone justice system under a microscope, and “The Code of the West” (2012), which looks at medical marijuana growers in Montana as regulations and policies are reevaluated. 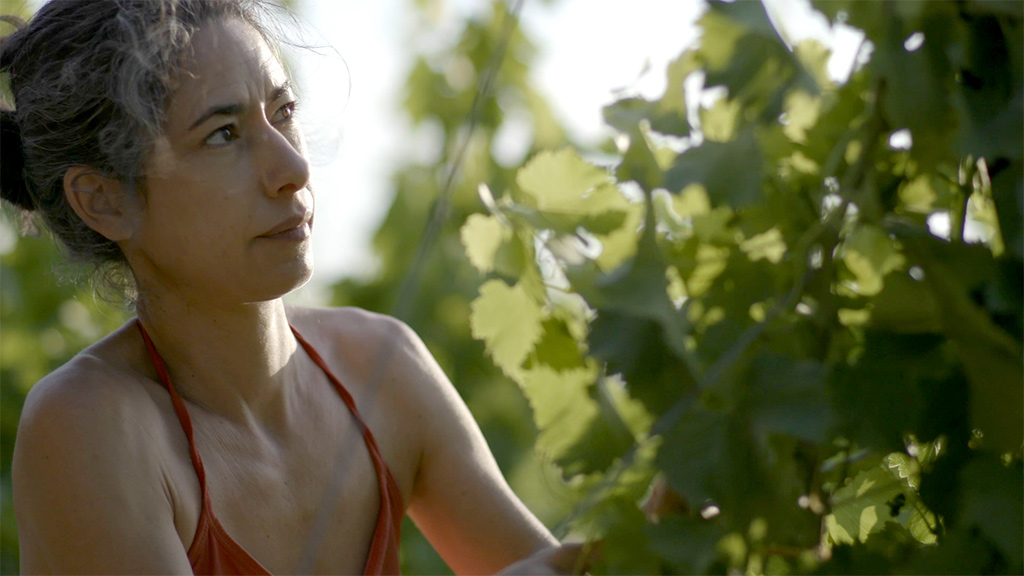 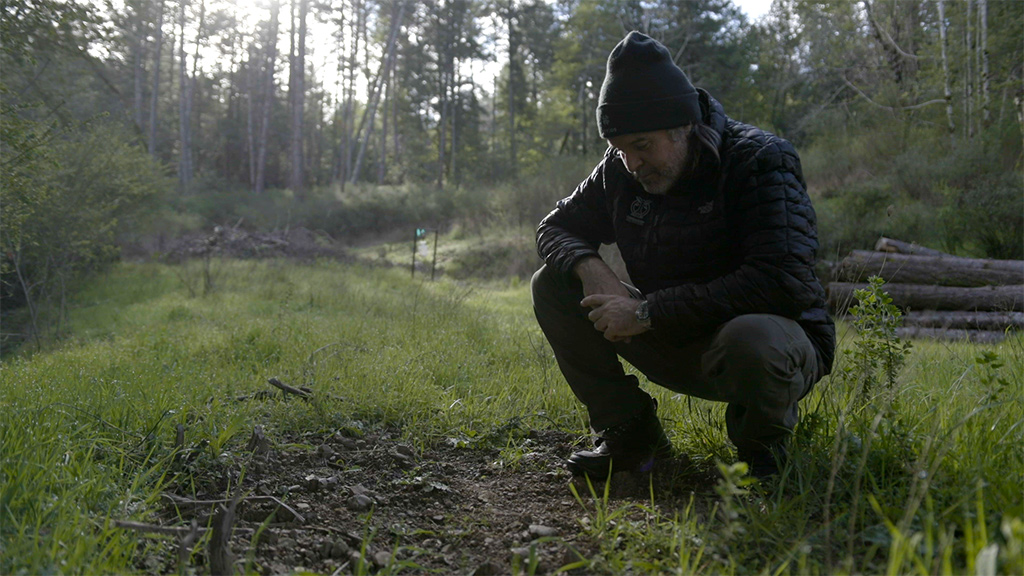 Before making “War Don Don,” Cohen had been in Serra Leone using her legal knowledge in a humanitarian capacity. “I’m not an attorney,” Cohen points out quickly. “I’ve never taken the bar.” The subjects she lectures on, human rights and humanitarianism as told through the lens of documentary films, and using video and media as evidence and advocacy, seem to meld seamlessly with her social focus behind the camera.

It took nearly five years to make “Weed & Wine” since Cohen imbibed the idea in that wine bar. One of the realizations the filmmaker had along the way was that her thesis about land focus shifted some, becoming more about those using the land and their kinship to it and each other. Cohen said that sense of family and community became increasingly meaningful to her because during the filmmaking process she became pregnant and had a child. “A total pandemic child,” she says of her 15-month-old.

Covid delayed the release of “Weed & Wine” for nearly a year. Cohen had imagined that the Jodreys and Thibons would meet in person at the premiere or a festival screening; instead that happened by Zoom, Cohen says with a tang of sadness. “But the funny thing is,” she says, “is what do you think was the first thing they talked about? The weather. What else do farmers talk about?”

One of Cohen’s key cinematic influences is “Fast, Cheap & Out of Control,” Cambridge filmmaker Errol Morris’ 1997 documentary about a lion tamer, a robotics expert, a topiary gardener and a specialist in naked mole rats. Interestingly too, one could argue that Morris has a link to law; before coming to filmmaking he was a private investigator, a skill that helped mightily when digging into the gunning down of a Texas police office in “The Thin Blue Line” (1988), a film that helped get an innocent man out of jail. What resonated with Cohen about Morris’ film was the juxtaposition of diverse endeavors and the common themes that linked the subjects. “It’s kind of a bit like what we did with ‘Weed & Wine,’” Cohen says.

Cohen wants to next examine mass incarceration in conjunction with such social movements as Black Lives Matter and #MeToo. One thing Cohen was adamant about during our interview was that film is a collaborative process, mentioning that the film would not have been possible without her committed team of producers and crew – and the final product is impressive in terms of production values and synergy. Screenings of “Weed & Wine” will be accompanied by a prerecorded Q&A.