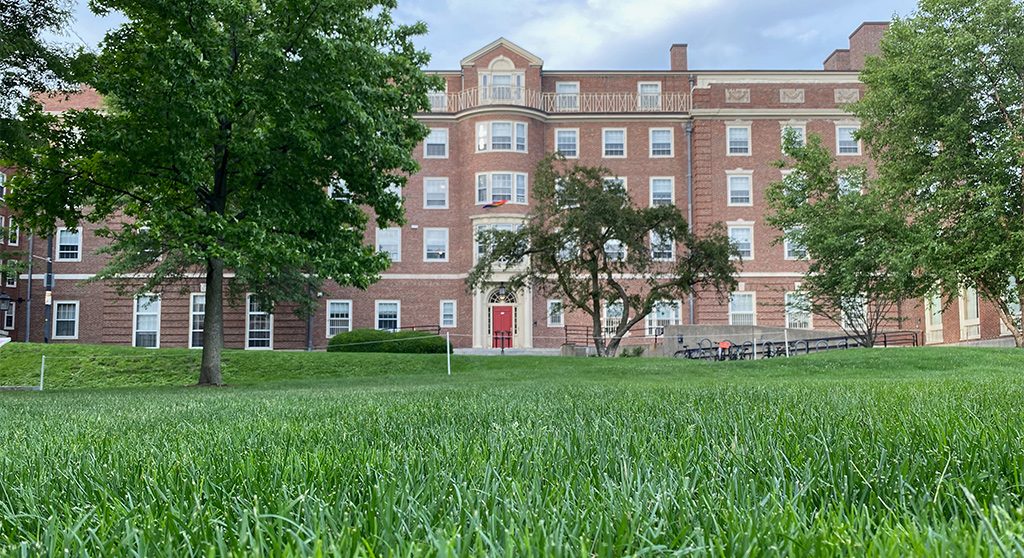 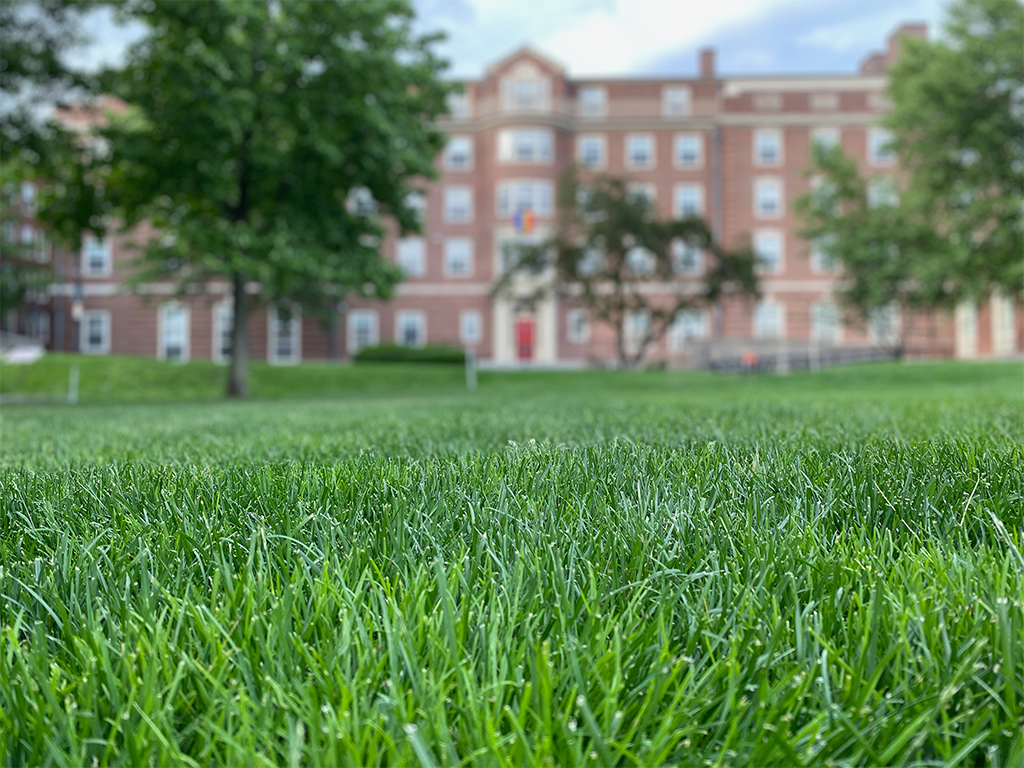 It’s been interesting to see public reaction to an article about incidents in which a Harvard student armed with a stake has come running at unleashed dogs in the Radcliffe Quadrangle. Whether on this site or Facebook, comments have been universally disdainful of the dog owners, with only a portion of one comment acknowledging that “obviously no one wants a college student running and yelling at dogs.”

One of the commenters didn’t even believe the basis for the article, though the conflict was confirmed by various sources, including from within the university. The idea of “fake news” is a hard one to shake, I guess, even when we don’t have a U.S. president promoting it.

The student charging with the stake explained his actions to one of the dog owners by saying he was afraid of the animals, and surely the residents who bring their animals are guests of Harvard and should follow a posted rule that “all dogs must be on a leash.” I’m not a dog owner, but I sympathize a little with people who have an excited, curious creature that must be exercised once or twice daily and find their options limited; they may be coming to the quad because it’s in the middle of a dog park desert. The nearest dog park seems to be on Pemberton Street, a mile away, though from attending a lot of City Council meetings I know requests for more usable spaces are perennial. 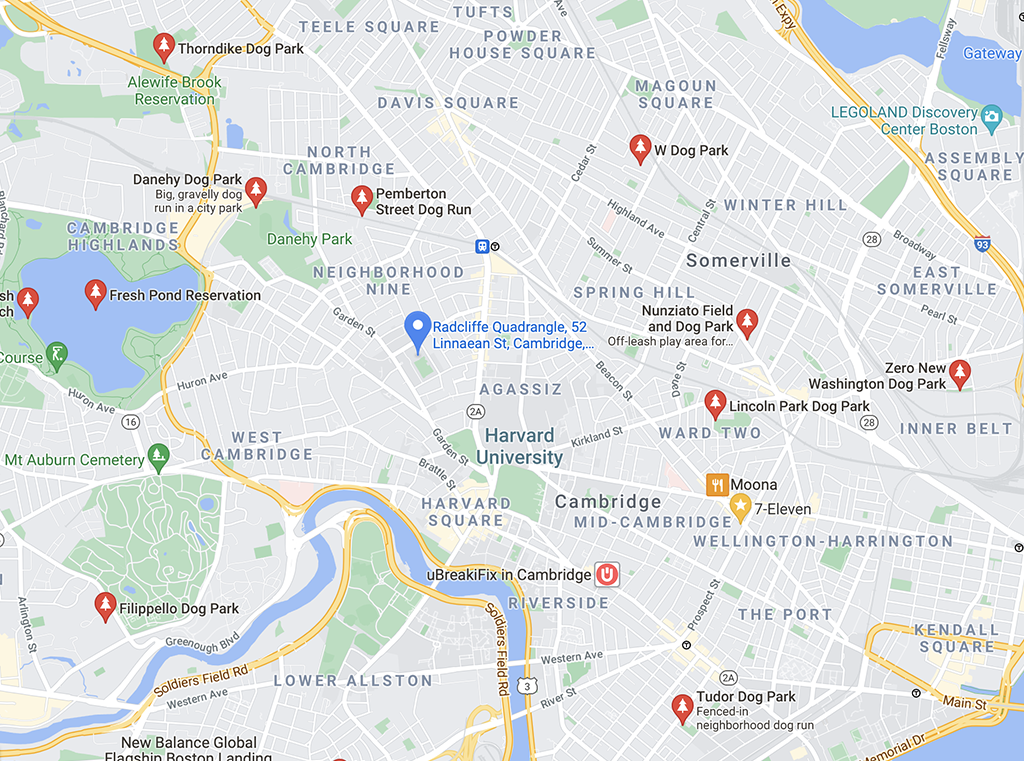 The dog park situation as seen by Google maps. The Radcliffe Quadrangle is at center, identified by a blue pin.

So let me stand as the minority – a slightly perplexed one – who will say simply that even if a dog is improperly unleashed, running after it with a stick and a threat of violence is not the right way to go about resolving the issue.

Unfortunately, though engagement with the news is a wonderful thing I’d hate to discourage, I also don’t think it speaks well of commenters to imply that chasing things with a stick is the first or only way to address a disagreement. It’s often also a terrible way to address a fear.

If dogs have been off-leash occasionally in the quad for a long time without incident and with otherwise happy coexistence – and it should be noted that some of the worried pet owners are in the Harvard community, not just neighbors – it’s a shame for one person to harsh everyone else’s mellow. (On the other hand, there may be very good historical reasons for a leash rule there.) I hope the university and dog-owning neighbors can find new common ground, and that the student some day finds that not all dogs have to be feared.