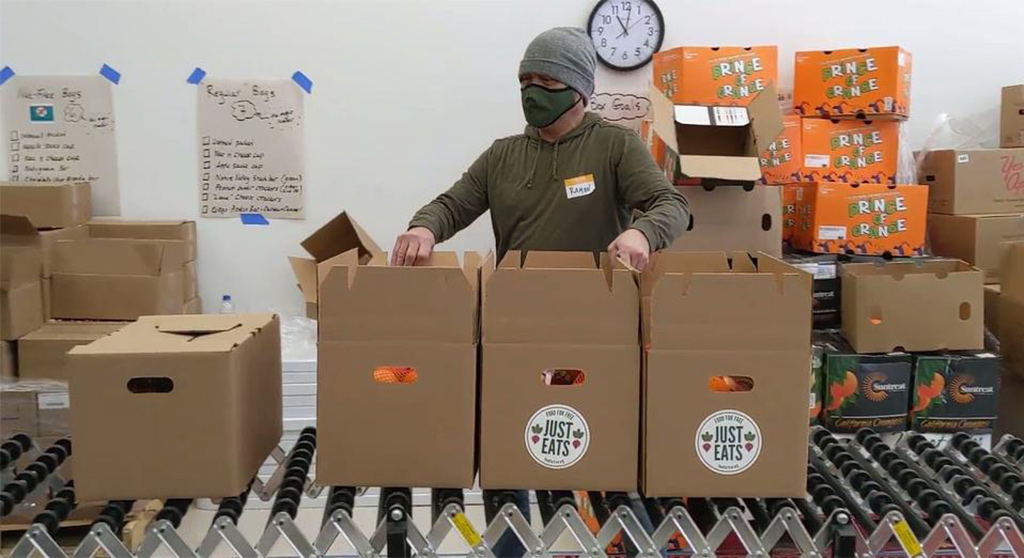 Food For Free said it plans to distribute more than 5 million pounds of food over the next year. (Photo: Food For Free)

Food For Free, a nonprofit hunger relief organization based in Central Square, announced Wednesday that it is expanding to a space in Somerville at 59 Inner Belt Road, in the industrial Inner Belt neighborhood.

The organization said it planned to complete its expansion into the 12,000-square-foot location Tuesday.

The space has recently been home to a Cogent Communications data center and ABM, which provides janitorial, landscaping and other services. Food For Free will also have neighbors in Vinfen, another Cambridge nonprofit with a base in Somerville at 61 Inner Belt Road.

Food For Free will keep its office in Cambridge and continue supporting the Cambridge community as it has since 1981, leaders of the organization said. The new space in Somerville replaces a temporary, 3,600-square-foot space at 73 First St. provided rent free by East Cambridge developer Urban Spaces since December.

The expansion is called critical by the organization, which said it rescued 2.2 million pounds of food in 2020 and distributed 4.7 million pounds to those in need – more than double the amount of food distributed the previous year, before the surging needs of people during the coronavirus pandemic.

With plans to distribute more than 5 million pounds of food over the next year to community partners throughout Greater Boston, Food For Free said the new space was vital for its ability to support expanded programs by allowing for larger groups of volunteers.

“We can’t wait to move into the new space and are actively looking for volunteers to help us fill our Just Eats grocery food boxes, which will be distributed to Boston area families in need,” said Sasha Purpura, executive director of Food For Free.

The organization is assuring potential volunteers that the Somerville location is close to Interstate 93 and Cambridge, Boston, Charlestown, Everett, Medford and Chelsea, and has ample free on-street parking.