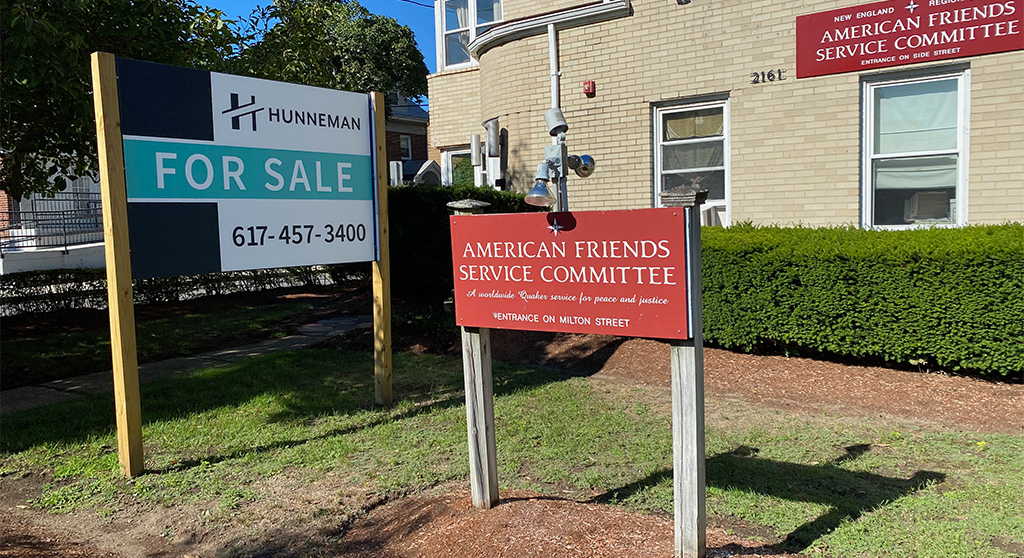 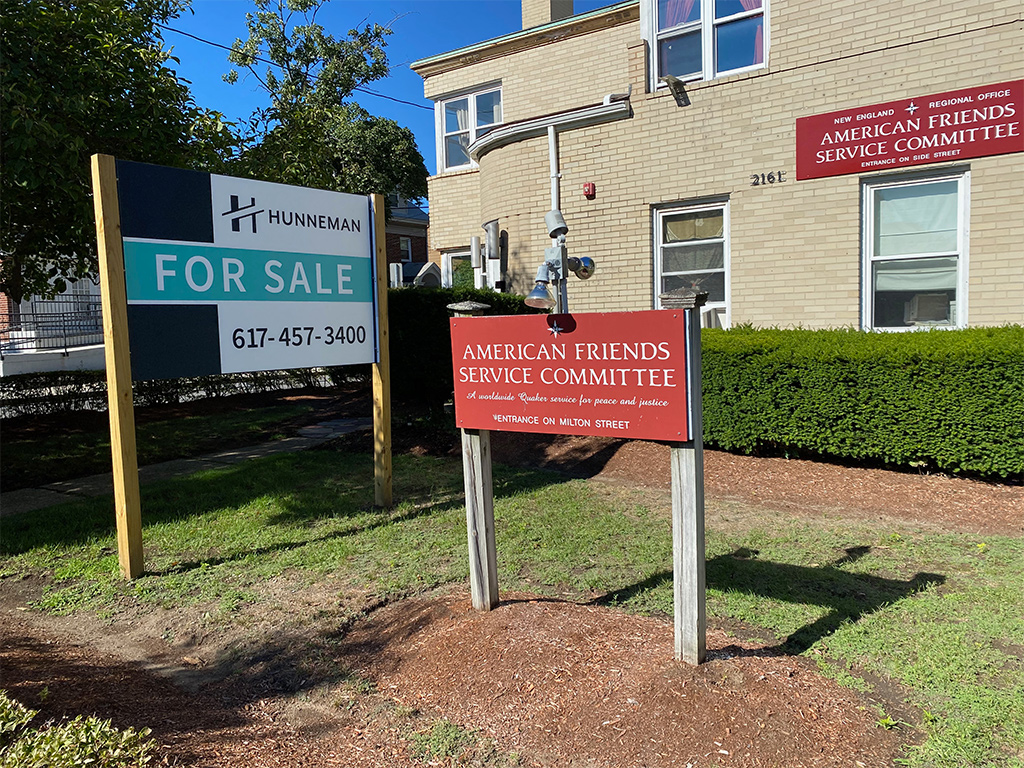 The two-story American Friends Service Committee office building in North Cambridge has been sold to The Nelson Group, a Medford-based developer, for $2.9 million, according to the Bldup real estate tracking site Monday and Middlesex Registry of Deeds documents.

The 10,000 square feet of commercial space between Porter and Davis squares had been on the market for well over a year at 2161 Massachusetts Ave. The broker was Hunneman.

The sale will be a funding boon for the Quakers’ Pennsylvania-based corporation, but the local members will need to relocate – as will the World Citizens Party, a political party that wants “a fundamental restructuring of the United Nations and its related institutions” and lists its offices at the same address.

The Nelson Group, with offices on Salem Street in Medford, has completed several primarily residential projects in Cambridge, including at 277 Broadway, The Port; on Line Street; and on Elm Street – where a building that was one of the first Hebrew schools in Cambridge was turned into a three-bedroom, 3.5-bath home.

This post was updated Aug. 4, 2021, with information about the property’s buyer.