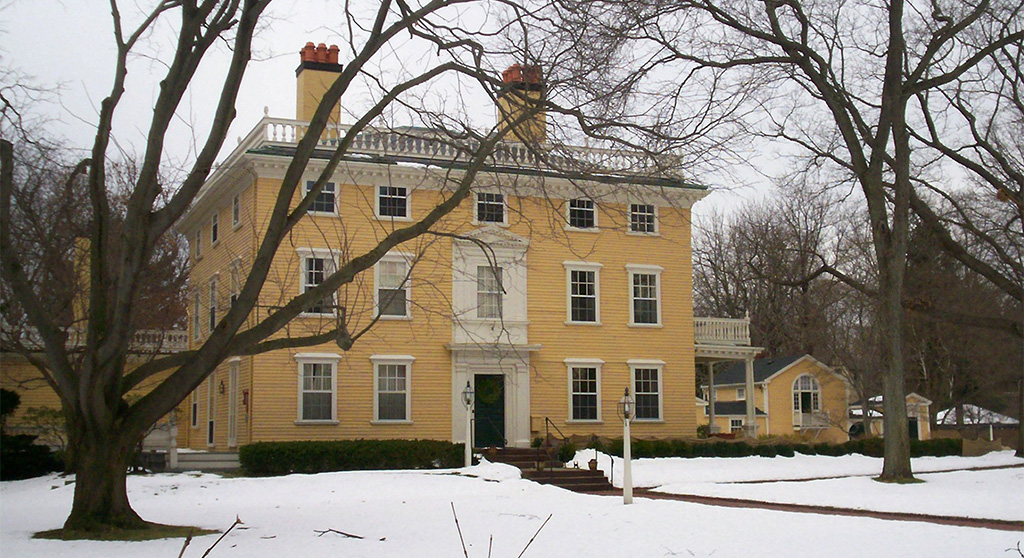 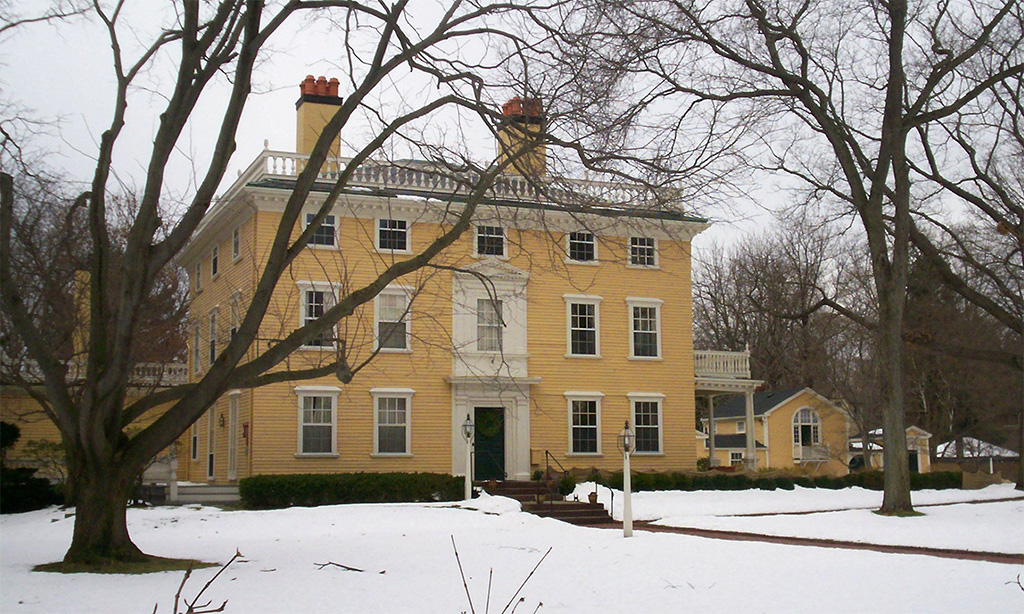 Beginning in 1879 and until her death in 1911, Sara Chapman Bull lived in Cambridge, first at “Elmwood” (the Oliver-Gerry-Lowell House) and from 1889 until her death at 168 Brattle St. A number of facts about her should pique our interest:

Sara Bull was born Sara Chapman Thorpe in 1850 in Oxford, New York. Her parents moved to Madison, Wisconsin, where her father became wealthy in the lumber business. Her mother, Amelia, was a formidable individual who played a prominent role in Madison society. Sara was raised in a conventional manner under the controlling eye of her mother. This somewhat sheltered upbringing changed dramatically when she was introduced to Ole Bull, an internationally renowned Norwegian violinist who came to Madison on an American concert tour. Despite strong objections from her father – but with the encouragement of her socially ambitious mother – Sara Thorpe and Ole Bull became engaged in early 1870. Sara and her mother accepted Ole’s invitation to visit Norway where, in a private ceremony, there was a marriage in June 1870. In the fall of that year, a splendid formal wedding took place in Madison. A daughter, Olea, was born in March 1871.

For the next 10 years Sara, when not at Madison, traveled with Ole to concerts throughout the United States and Europe, serving occasionally as his piano accompanist. In 1879, the Thorpe parents, their son Joseph Jr., Sara, Ole and Olea moved from Madison to Cambridge, where they rented Elmwood at 33 Elmwood Ave., West Cambridge, from James Russell Lowell. In 1880 Ole, aged 70, died in Norway with Sara at his side.

After her husband’s death, Sara continued to make her home in Cambridge, living at Elmwood until 1889, when she and her family moved to a new house her father had built at 186 Brattle St., also in West Cambridge.

In 1883, Sara published “Ole Bull: A Memoir.” She also published a journal article supporting the claim that Norsemen discovered New England and raised funds for the statue of the Norseman at the western terminus of Commonwealth Avenue in Boston. Sara entered the Boston social scene and became close friends with such luminaries as Annie Fields, Celia Thaxter, Julia Ward Howe and Sarah Orne Jewett. Important connections were further cemented when her brother Joseph married Anne Allegra, youngest daughter of Henry Wadsworth Longfellow.

In 1893 Sara attended the Parliament of Religions in Chicago, where she met Swami Vivekananda, founder of the Vedanta philosophy. This encounter initiated her lifelong sponsorship and financial support of the Swami’s work in the United States and India, particularly Vedanta schools. She traveled a number of times to India to lend support to these and other schools – particularly for girls – being established there.

In 1896 Sara initiated, hired a director for and financially sustained what she titled the Cambridge Conferences. These weekly “class lectures” ran from November through May for four years and were held at her house at 186 Brattle St. This was a wide-ranging intellectual endeavor, its purpose being “to afford opportunity for the comparative study of ethics, philosophy, sociology and religion.” A significant number of important philosophers and religious leaders of the day lectured at the conferences.

Sara also encouraged and financially supported important efforts of J.C. Bose, an Indian scientist doing pioneering work on remote wireless, and Okakura Kakuso, an expert on Japanese art who carried out the first classification of Asian Art at the Boston Museum of Fine Arts. She met both these gentlemen in their home countries but later opened her Cambridge home to them and promoted their work in this country.

When Sara Chapman Bull died in 1911, she was cremated at Mount Auburn Cemetery and her ashes spread at Lysoen, Norway, the site of an island house she inherited from Ole Bull.

Sara Chapman Bull’s papers, including letters and photos, are in the archives of History Cambridge.