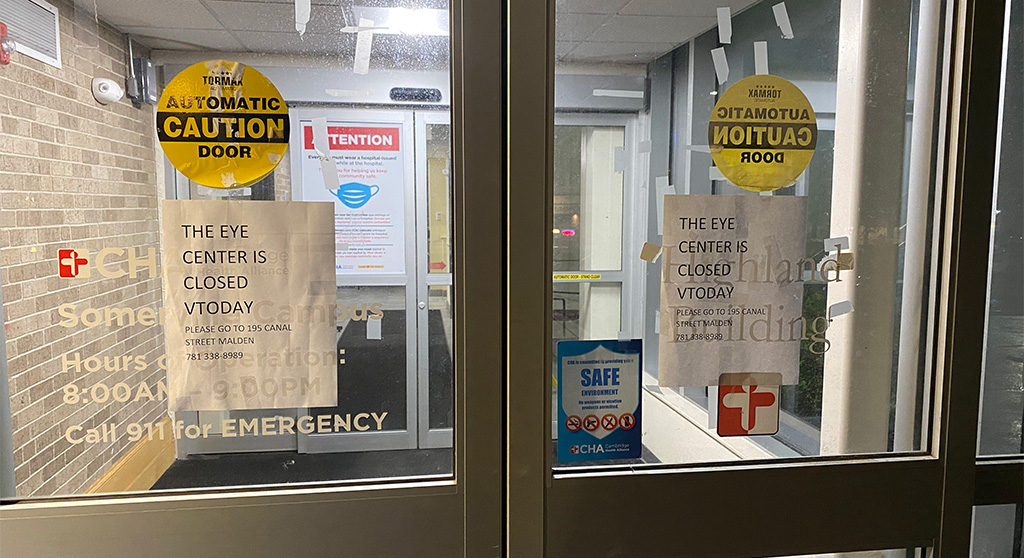 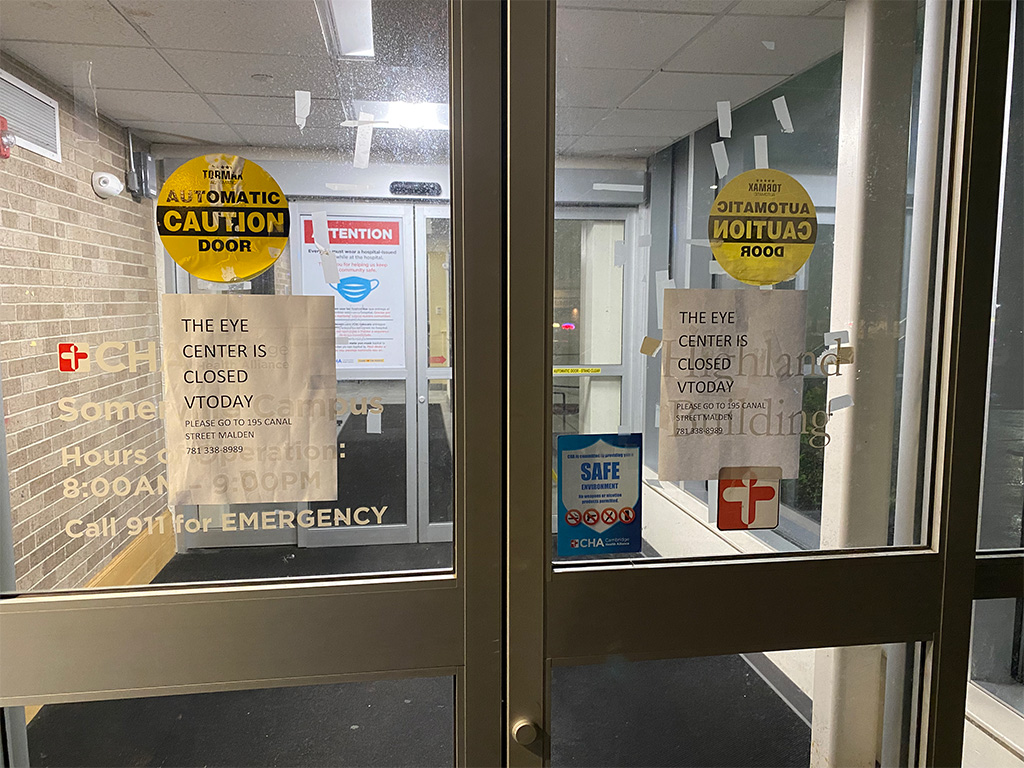 Cambridge Health Alliance closed its entire Somerville campus Tuesday, including the urgent care center, after a water main break damaged the building and disabled the electrical system, elevators and fire sprinklers. An email alert to patients said the building would remain closed for “several days” and that the Alliance was trying “to accommodate everyone at other CHA locations in the interim.”

Besides the urgent care center, the campus houses a primary care clinic and clinics in gastroenterology, eye care and other specialties. Spokesperson David Cecere couldn’t immediately say how many patients use the Somerville site. The email urged patients to contact their doctors “if you have an upcoming appointment at the Somerville Campus.”

There was little notice of the closing at the campus itself Tuesday night, though a sign on one side of the building said its eye center was closed “today.”

The damage appears to be severe. CHA chief executive Assaad Sayah, discussing the incident with trustees and staff before a meeting of the board of trustees finance committee Tuesday evening, said a small backhoe had been brought inside the structure and was digging through the floor to the basement in an effort to find the leak. Sayah said it might be more than a few days before the building could reopen.

The email to patients didn’t say where people seeking urgent care could go while the CHA urgent care center is closed. Carewell Urgent Care, which has an affiliation agreement with the health care system, operates an urgent care clinic at 349 Broadway from 8 a.m. to 8 p.m. seven days a week.

CHA closed its emergency room at the location in April 2020 also ending the existence of Somerville Hospital. The Alliance replaced the emergency room with the urgent care clinic open from 9 a.m. to 9 p.m.

The CHA Somerville Campus is on Highland Avenue, with its main entrance given as 33 Tower St.

CHA urgent care to reopen Sunday after damage; Timeline for other Somerville units is left vague