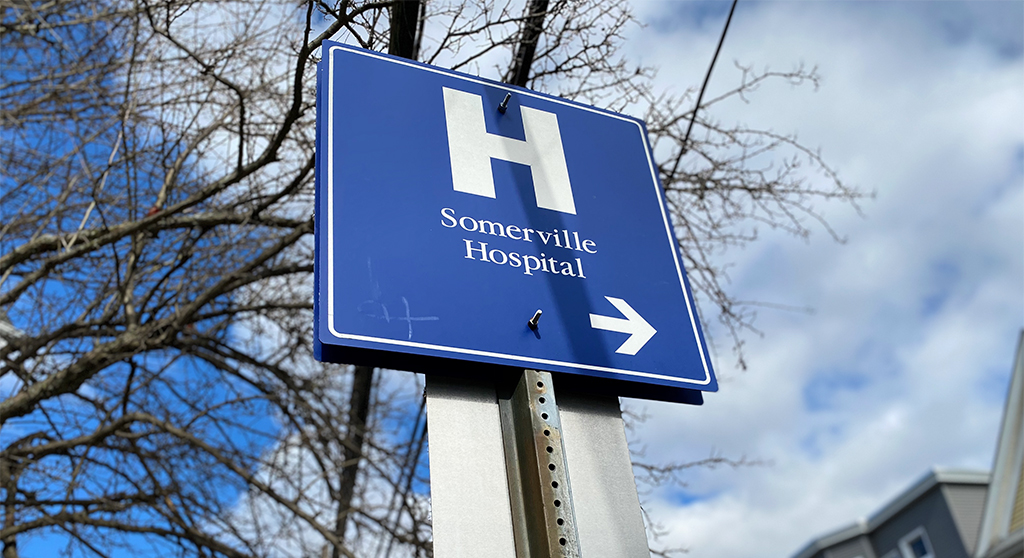 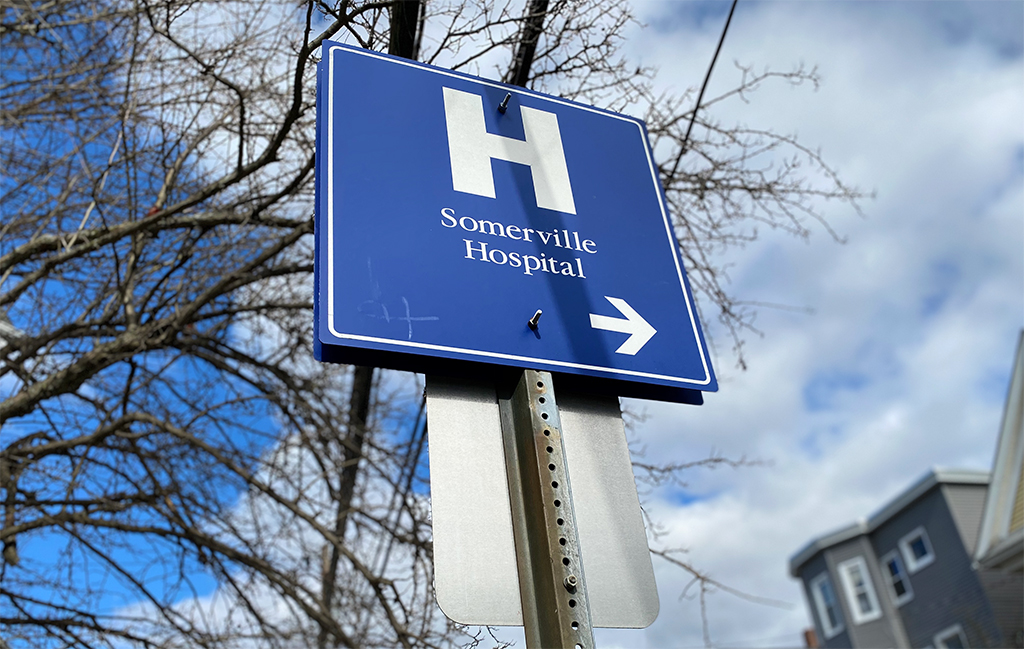 With the closing of the Somerville Hospital emergency department in April, Somerville is also losing its hospital, it turns out.

“We will license the CHA Somerville Campus site as a satellite,” Cecere said, explaining that the health care system is working with the city of Somerville to remove all street signs that have been directing the public to Somerville Hospital. It’s one part of the Alliance’s plan to close the Somerville Hospital emergency room and replace it with an enhanced urgent care center on April 30.

The health care system provided details of the plan in a letter to the state Department of Public Health on Feb. 18, as required under state law after DPH ruled that the Somerville Hospital’s emergency services “are in fact necessary for preserving access and health status within the [Somerville Hospital] service area.”

CHA originally planned to close the emergency room April 2; it postponed the change until April 30 because of “inspections and other logistical matters” that have nothing to do with the state finding, spokesman David Cecere said.

The news of the loss of hospital designation came in the Alliance letter to the state, as a clarification of something that may not have been obvious during months of discussion and controversy. It is the end of a long history, but no surprise. The hospital was founded in 1891; after it became part of CHA in 2009, the Alliance closed its inpatient beds, a major service for any hospital. Employees said ambulances began bypassing the hospital after that, because patients who needed a hospital bed would need to transfer to another facility.

“Usage fell off a cliff” because people didn’t want to come to an emergency department if they would need a transfer for hospital admission, in the words of board of trustees vice-chair Gerald McCue.

The announcement of the emergency room closing came in July.

Aside from the changed date, there was nothing new in the overall outline of the closure plan from previous statements by Alliance officials. But the details included more specific data on emergency room use in Somerville and Cambridge; how many emergency room patients at Somerville didn’t need an emergency room level of care; wait times and capacity at Cambridge; the Alliance’s public education campaign; how to prevent ambulances from going to Somerville after the closing; and help for emergency patients who show up at the hospital after hours. The urgent care clinic won’t be open before 9 a.m. and after 9 p.m.

Cambridge to pick up slack

Members of the Massachusetts Nurses Association who work at the Somerville emergency room had asserted that the closing would endanger residents from Somerville and other communities who need emergency treatment. Alliance statistics submitted in its letter to the state showed that about 60 percent of patients in the past four years had lesser problems that could be handled in an urgent care clinic.

Volume at Somerville has declined steadily, while the number of patients at the Cambridge Hospital emergency room has remained flat even after CHA expanded the Cambridge emergency room from 18 beds to 28 beds in 2016, the Alliance said. Critics of the closing said Cambridge would become crowded, with delays in care, after Somerville closes. The Alliance presented figures showing that its occupancy rate would climb from 61 percent to only 84 percent even if every Somerville patient – those who need emergency treatment and those who don’t – come to Cambridge.

The current wait to see a nurse or doctor in the Cambridge emergency room averages 15 minutes, the Alliance said in its letter – among the lowest in the state. The Alliance letter did not estimate how the wait time would change if some or all Somerville patients come to Cambridge, but said the Cambridge emergency department “will be readily able to absorb” the additional patients.

The state did not ask for, and the Alliance did not provide, information on waits for psychiatric emergency patients. Alliance executives and other health care officials have said mentally ill patients generally wait much longer in the emergency room than do patients with medical emergencies, mostly because of difficulty finding inpatient psychiatric beds. Alliance nursing director Lynette Alberti said Tuesday that psychiatric emergency patients at CHA can spend “days” in the emergency room. She spoke while discussing constraints in psychiatric bed availability in the health care system, at a meeting of its board of trustees finance committee.

Cecere said previously that 338 people with a psychiatric emergency were seen at Somerville from July 1, 2018, to June 30, 2019. On 91 days during the year, doctors saw more than one mentally ill patient, he said. On the night in September 2016 when Laura Levis couldn’t find an unlocked entrance to the emergency room while suffering a severe asthma attack, two security guards inside were watching two psychiatric patients and did not go outside to search for her. She later died.

If people come to the urgent care clinic with a psychiatric complaint, they will be sent to Cambridge if it’s an emergency and will be referred to other behavioral health services at CHA or elsewhere if it’s not, Cecere said previously.

The Alliance expects to treat 11,000 patients a year at the new urgent care clinic; in its 2019 fiscal year, the last full year of statistics, there were 15,998 visits to the Somerville emergency department, of which 9,297 did not require emergency room care, the letter said. In contrast to many other urgent care centers, the Somerville facility will offer X-rays and intravenous medications and dehydration treatment. It will also accept anyone regardless of ability to pay, CHA says.

Getting the word out

To spread the word about the closing, the Alliance is advertising on social media, buses and the subway, and highway billboards; will post signs and flyers on the hospital building and around Somerville; and will send announcements to be published in local newspapers. It has already posted announcements on its own website.

The health care system told the state it will also send letters to every “senior household” in Somerville and to anyone who has used the Somerville Hospital emergency room more than twice in the last 18 months.

Besides the soon-to-close emergency department, services at Somerville now include day surgery, women’s health, gastrointestinal and endoscopic treatment, imaging, X-rays, a sleep laboratory, lung function testing, laboratory services and a primary care clinic and eye center in an adjoining building. Those services will continue, CHA said. The main hospital entrance is at 33 Tower St. and the connected building is at 236 Highland Ave.

The state finding that the emergency department is an essential service came five days after the state agency held a public hearing on its closing in Somerville. Alliance officials had said that no hearing was necessary because the Cambridge Hospital emergency department is less than two miles from the Somerville facility; DPH used its discretionary authority to hold the Jan. 30 hearing anyway.

Based on testimony there, the state agency asked CHA for more details on its public education campaign about the change, including signage, and how it will inform ambulance companies and regional agencies. The Alliance cited the removal of road signs directing people to the emergency department, and a list of meetings it will hold with local agencies and emergency providers it will notify. The state also requested information about how the Alliance will meet the needs of people who speak languages besides English. The Alliance said it already provides extensive interpreter services to patients.

The state health department has until Friday to either accept the Alliance plan or provide comments on it. If it comments, the Alliance has 10 days to respond. The state has no authority to prevent the closing.