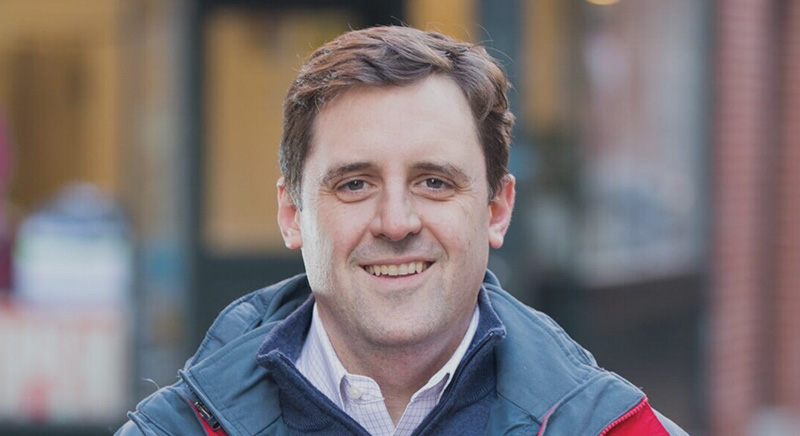 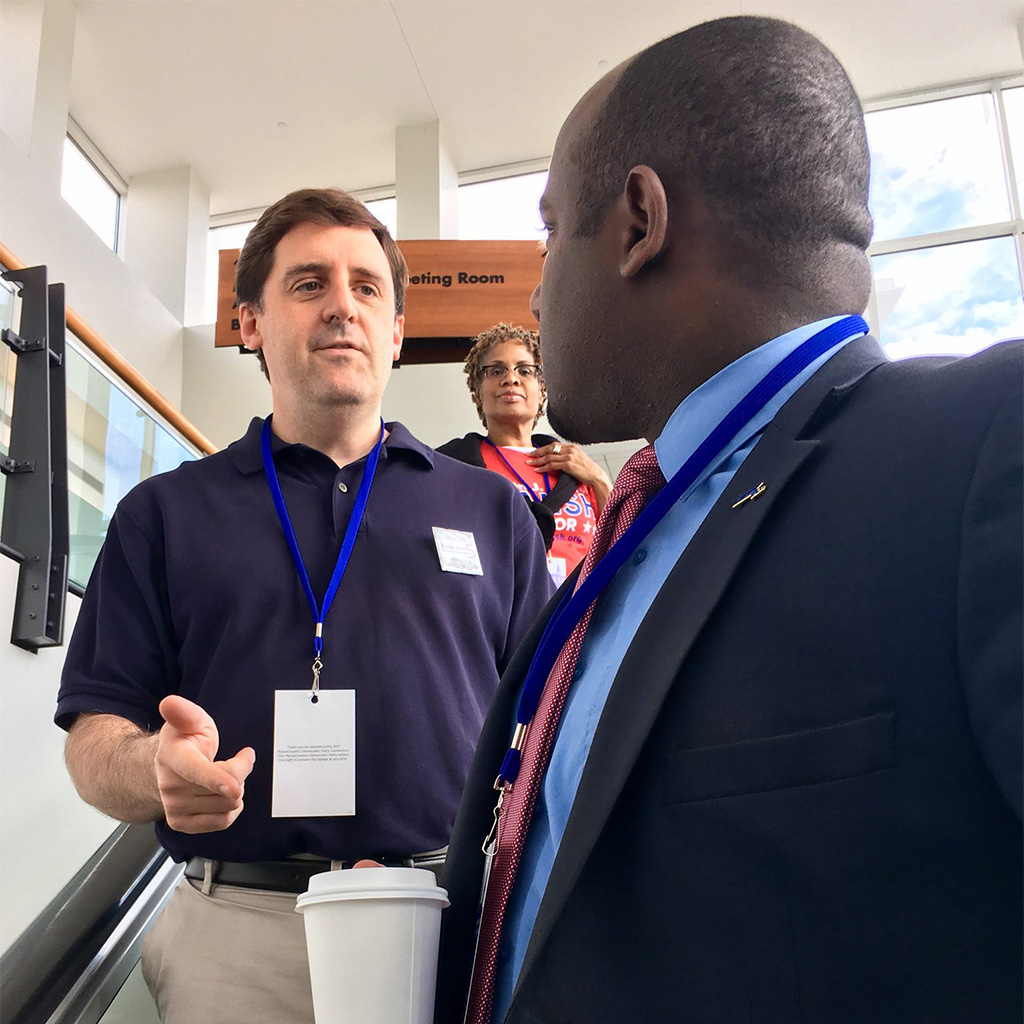 A sweeping, statewide change in political mapping could remove state Rep. Jay Livingstone entirely from Cambridge politics, giving him an all-Boston seat while carving up the Cambridge part of his current 8th Suffolk District among two people new to the city and growing the domain of state Rep. Mike Connolly.

“I am still processing”

Livingstone, who lives in Boston’s Back Bay, was elected to the state Legislature in 2013, and his district has always included parts of Cambridge as well as some of Back Bay, Beacon Hill and the West End.

“I entered redistricting hoping that my district would not change,” Livingstone said. When he learned his 8th Suffolk District had too much population, “I anticipated that this would mean that I would lose a precinct or so.”

The proposed changes are so big that on Tuesday, Livingstone said, “I am still processing.”

Redistricting takes place after every U.S. Census to reflect changes in population and anticipate the needs of the election system for the next decade, Cambridge’s Election Commission explains on its website. On Thursday it introduced a proposed map of minor changes resulting from a process begun last month, explaining:

The population of Cambridge increased from 105,162 in 2010 to 118,403 in the 2020 Census, however the changes were not evenly distributed throughout the city. Some precincts increased dramatically in population, while others stayed the same or decreased. With 33 precincts, each precinct must have a population within 5 percent of 3,588 [people]. Any change that is made in one precinct has a cascading effect on the entire map as other precincts will need to be adjusted to keep the population of every precinct within that range.

Connolly, for instance, said he saw his district change because people are moving into new housing in North Point’s Cambridge Crossing and Somerville’s Assembly Row – neighborhoods that essentially didn’t exist at the time of the last census. “Population growth across the state has been not at all even, and my district exceeded the statutory limit,” Connolly said. “It’s sad to see any part of my district change, but I welcome it for the larger goal of increasing diversity in the Legislature – and I’m really excited for the chance to represent Cambridgeport and hopefully pick up where Rep. Livingstone left off.” 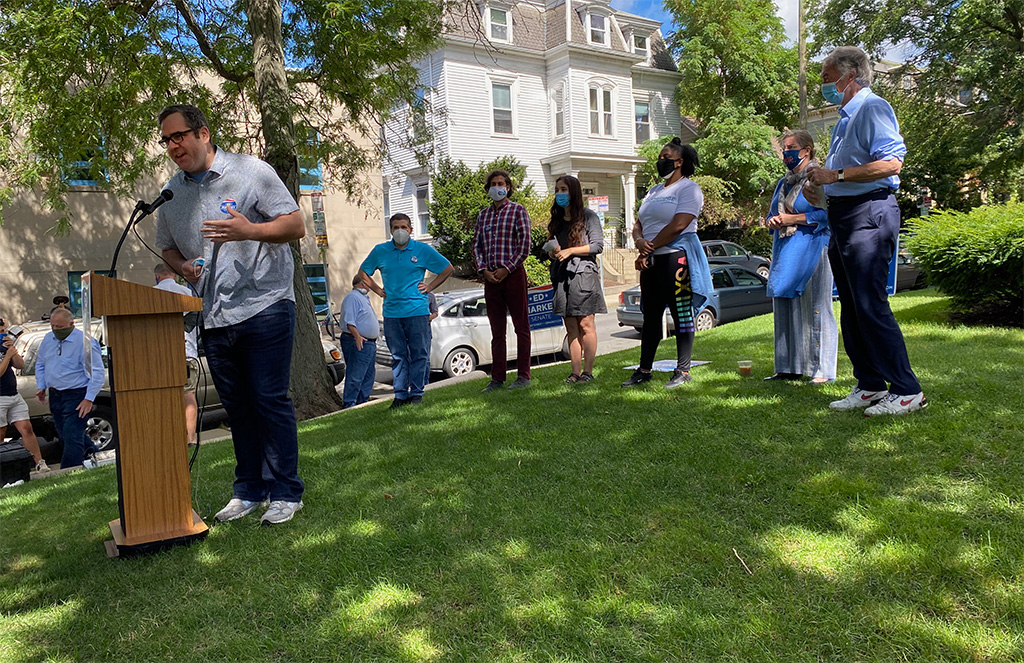 At this stage, the commission’s precinct boundaries don’t yet align with the Legislature’s. And the Cambridge changes, if they survive the state process, are essentially apolitical.

Not so statewide, where the redistricting as drawn by Democrats will likely complicate reelection for Republican incumbents – and has some complicated shapes that look like classic gerrymanders – but includes 33 majority-minority House districts, up from 20, Connolly noted. Eight are majority Hispanic, and three are majority Black.

What’s behind the change for Livingstone is the creation of a Hispanic-majority district in Chelsea that needs to add around 20,000 voters. Livingstone said he applauded the new district, but because all of its voters “will come from my district and the districts around mine in Boston and Cambridge … there is much more shifting than anticipated.”

Connolly said it was important to understand the overarching objective of the redistricting to maximize representation of majority-minority districts, an effort where he believed Moran “has exceeded expectations. I don’t think even the Drawing Democracy coalition hoped to get that many majority-minority districts,” Connolly said, referring to a group led by Beth Huang, also director at the Massachusetts Voter Table. “It’s actually exceeding what activists had been asking the Legislature to do for communities of color.”

A one-week public comment period on the maps started Tuesday and goes to 5 p.m. Monday. A 1 p.m. Friday hearing of the Joint Committee on Redistricting will take live testimony.

Comments to the committee can be submitted here, and the Friday hearing can be watched by clicking here. Residents can sign up to speak via the link.

“When I talk to representatives and senators, it doesn’t sound like anybody expects public input to change anybody’s mind,” said Matt Szafranski, editor of Western Mass Politics & Insight, via Twitter.

Jessy Han, co-host of the “Cod Cabin” politics podcast, was more acerbic: “If you wish to submit a public comment that will be swiftly tossed into a trash can, you can do that here.”