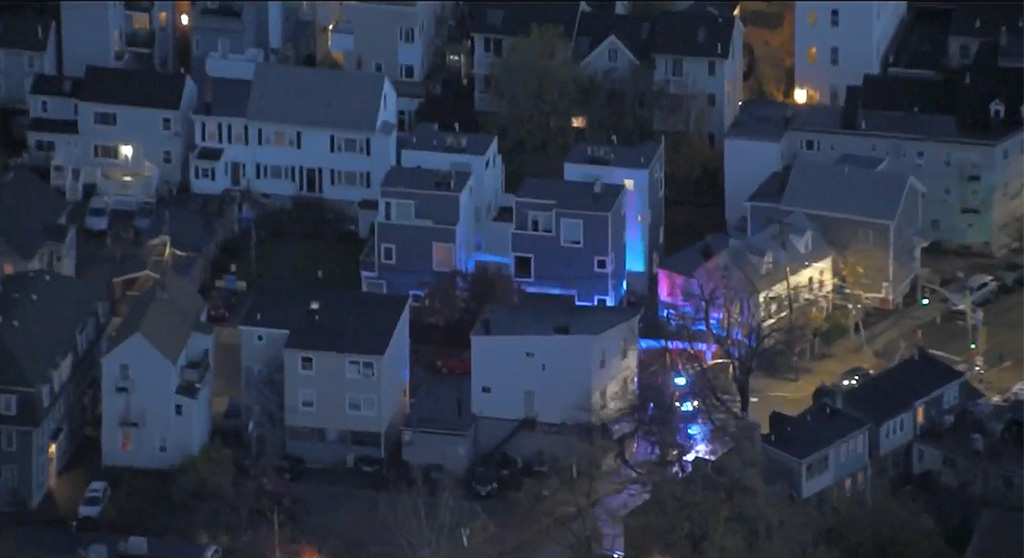 Police in a standoff on Sciarappa Street in East Cambridge early Friday, seen in a screen capture from NBC Channel 10.

Police were briefly in what they thought was an armed standoff Friday in East Cambridge, what they called “an active barricade situation,” but the situation was peacefully resolved, followed by one person being arrested.

Officers went to on Sciarappa Street between Charles and Spring streets at approximately 2:12 a.m. to investigate a report of gunshots. They said they saw a male suspect whom they learned had access to a gun entering an apartment, according to said Jeremy Warnick, director of communications and media relations for Cambridge police and the force’s Twitter account. There was another person inside the apartment, police said.

Negotiators and tactical officers arrived and residents in the surrounding area were asked to “shelter in place and for people to avoid the general area as our officers work to peacefully resolve the situation.” A wider warning was tweeted at 5:39 a.m.

Officers attempted to communicate with the involved individual – which included the use of a loudspeaker – and peacefully deescalate the situation with hopes of him surrendering. At the same time, they were able to safely evacuate other occupants from the multi-floor residential building.

The standoff was defused with no injuries at around 6:30 a.m., and the weapon that police had worried about was found “outside the residence inside a vehicle,” police said online. It was “near ballistic evidence that was recovered earlier in the investigation,” Warnick said.

“While a male suspect was detained and identified, charges have not been filed at this time. Additional follow-up investigative work is being conducted on the shooting, ballistic evidence and the recovered firearm,” Warnick said.