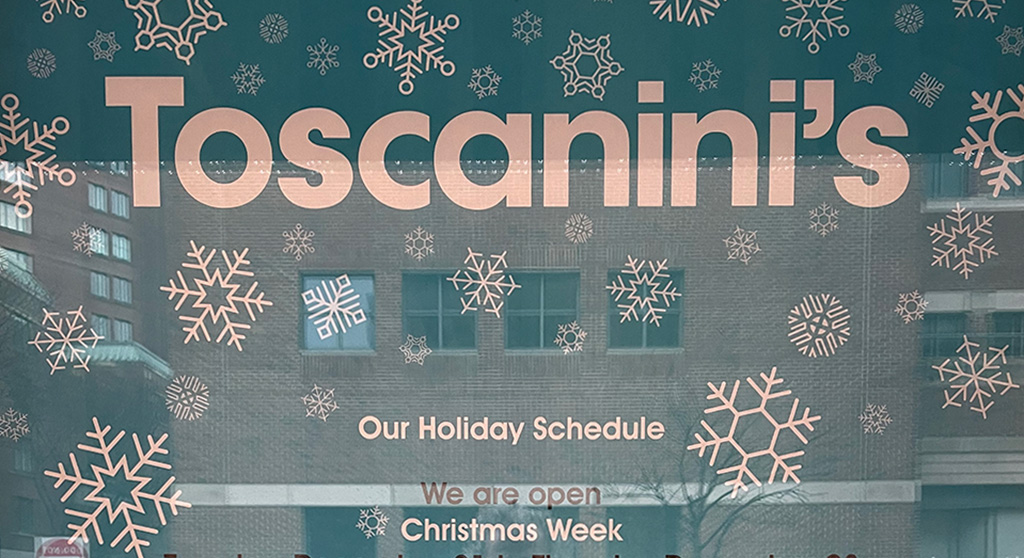 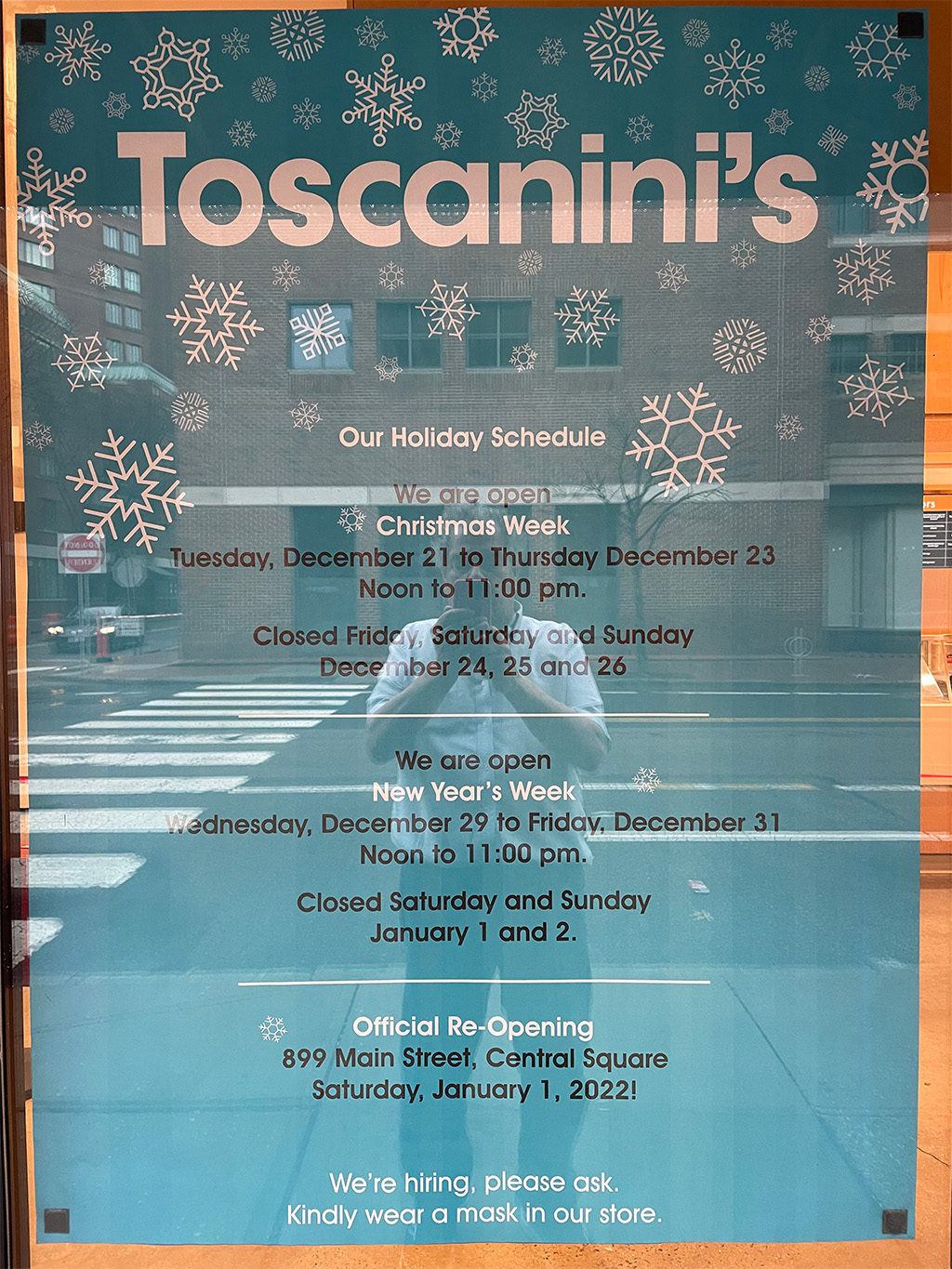 Toscanini’s co-owner Gus Rancatore is reflected taking a picture of the ice cream shop’s upcoming hours – with the reopening of the Lafayette Square shop noted at the bottom.

A date for Toscanini’s reopening in Lafayette Square has been set: Jan. 1.

It’s about six months off – for good reason – from what co-owner Gus Rancatore hoped when asked in June about his expectations for the 899 Main St. location, at the southeast end of Central Square. The spot opened in 1981 and closed Jan. 23, 2018, to make way for construction of the boutique hotel 907 Main, which includes a ground-floor restaurant called The Dial, a patisserie called Praline and a rooftop lounge called The Blue Owl that also missed a hoped-for summer launch.

The reopening means the “same beloved space, same small batch ice cream, but this time with a selfie wall,” Tosci’s posted Saturday on its social media.

There will be some soft opening hours before Jan. 1, said Patrick Barrett, the hotel proprietor.

In the meantime, Rancatore and sister Mimi Rancatore continue work at the Toscanini’s at 159 First St., East Cambridge, which a sign posted at the site says closes temporarily Jan. 1-2 as the original location reopens.

But what happened? Barrett explained in August, with some understatement: “The real delay was for discovering all the lovely things inside the building. Once we started taking it apart [we saw Toscanini’s] production area was completely unsupported by any structure – that was fun to find out. Instead of trying to keep their space intact, we ripped it all to pieces and put new steel and concrete in, which is better than the shims and no structure they had before.”

Food for Free has had a busy couple of years trying to keep up with demand for hunger relief work that was multiplied by the pandemic. On Dec. 7 the nonprofit based in Central Square announced getting its largest donation in 40 years of work – enough to “provide more than 1.2 million fresh, healthy meals for people in need,” said Sasha Purpura, chief executive of Food For Free. “This support could not come at a better time.” The giver was Takeda, a pharma company with buildings in Kendall Square and Cambridgeport, as part of a $20 million corporate social responsibility program around health, education, the environment and access to nutritional food. Daily Table, which operates a grocery store in Central Square, was another recipient, as was Cambridge’s CitySprouts educational growing program. (Non-food recipients in Cambridge included The Young People’s Project, Tutoring Plus and Lesley University’s Culturally Relevant Math Expressions Program, according to a Nov. 30 press release from Takeda.)

You can get your Christmas meals almost anywhere, but some restaurants in Cambridge are giving their offerings extra thought (and promotion), including … 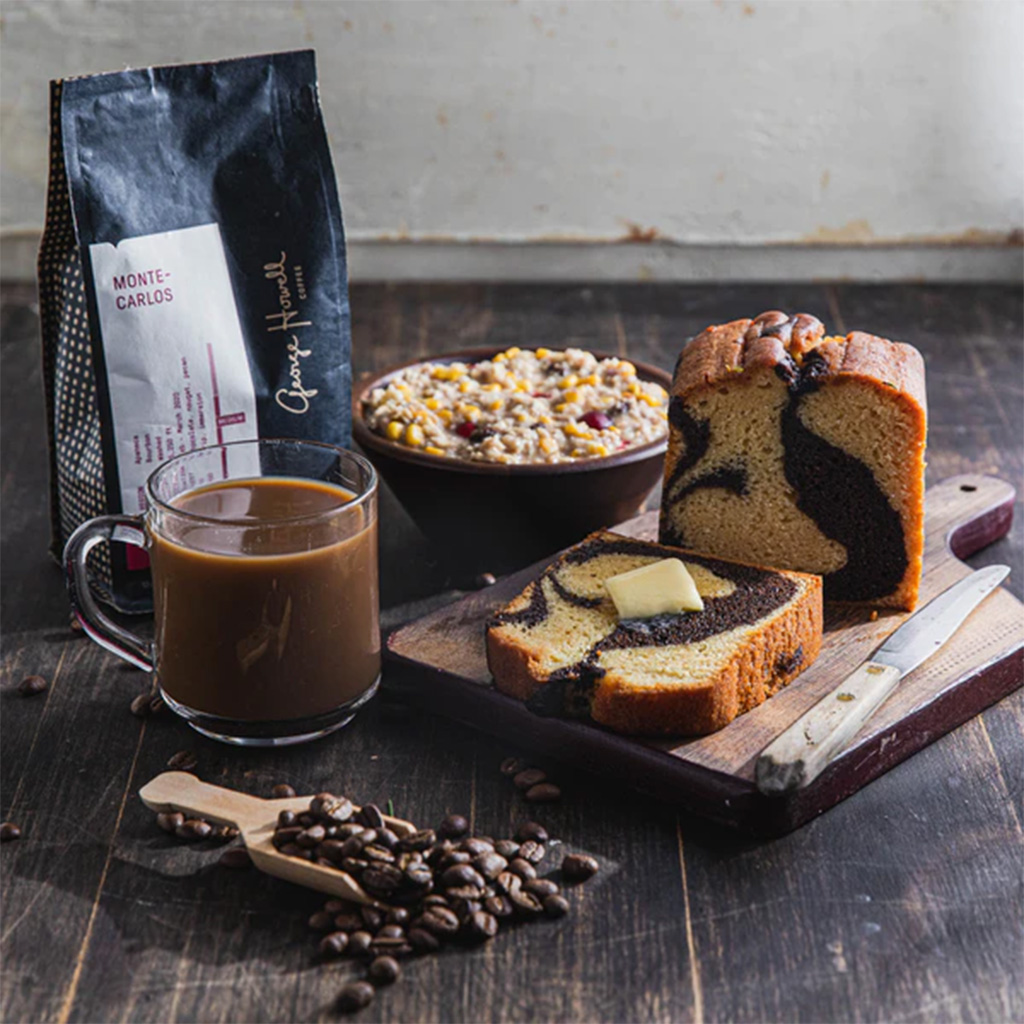