‘Nightmare Alley’: Escaping from the carnival into noir with a savage Cooper and Blanchett 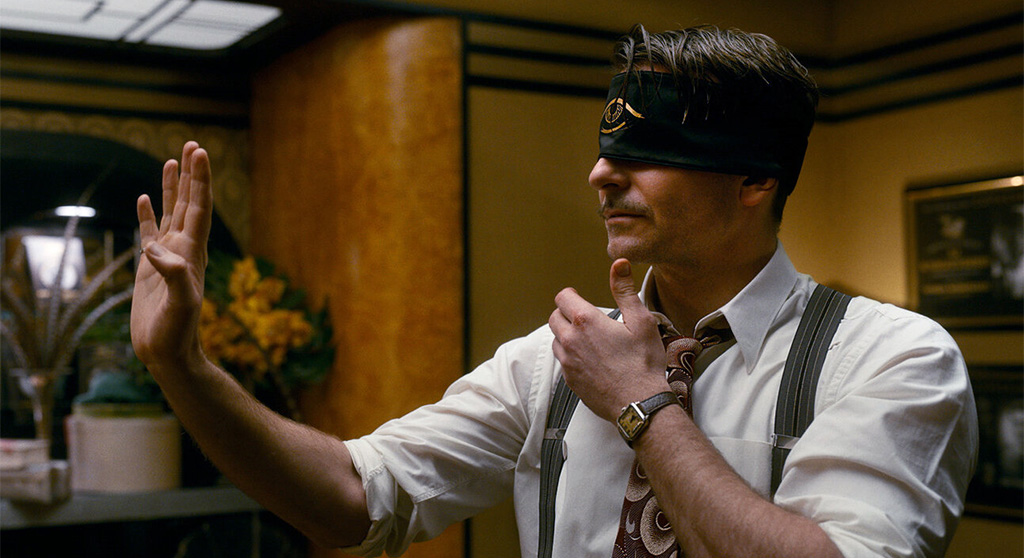 ‘Nightmare Alley’: Escaping from the carnival into noir with a savage Cooper and Blanchett

Guillermo del Toro dusts off Edmund Goulding’s 1947 B-tier noir starring Tyrone Power and gives it a lush polish with rich reds and a house-of-horrors ambiance. There’s a sense of wonderment in there too, but that’s mostly reined in by the constraints of the noir form and the seediness of carny life. Set in the mid-1930s, “Nightmare Alley” is a scrumptious, set piece-driven experience to drink in, which should be no surprise given de Toro’s penchant for opulent dial backs such as “Pan’s Labyrinth” (2006) or “The Shape of Water” (2017). The film’s blessed with one heck of a cast to boot. The twisted yarn, based on William Lindsay Gresham’s novel, focuses on Stan (Bradley Cooper), a mysterious drifter who becomes a carnival hand with a traveling operation. After capturing the show’s escaped geek – a wild man whom we do get to witness biting the heads off chickens – Stan gets an elevation of sorts from the show’s owner (Willem Dafoe) and cozies up to Zeena (Toni Collette), a clairvoyant, and her alcoholic husband Pete (David Strathairn), bedding the former and lifting the tricks of the trade from the latter before endearing himself to the show’s demure ingenue, Molly (Rooney Mara).

It turns out Stan’s not quite that quiet, earnest guy we first meet, but a man hot with ambition and devilish drive to get what he wants. It also turns out that “Nightmare Alley” is something of a double-shift narrative. The first half is something of a Horatio Alger story fused with Tod Browning’s creepy 1932 tale, “Freaks.” (Here, along with a geek roaming the tents and cages there’s a pickled baby and cyclops boy, and Ron Perlman as the strong man). After Stan takes leave of the carnival and becomes a mentalist performing in swank nightclubs, the film moves into full-on noir mode when he meets his match in the femme fatale form of Dr. Lilith Ritter (Cate Blanchett), a socialite and psychiatrist. She’s onto him, and he’s intoxicated by her social stature and overpowering sense of confidence. There’s an air of feral sexuality whenever the two jockey for an edge. Soon the target becomes Ezra Grindle (Richard Jenkins), a wealthy power broker in Ritter’s sphere, and “Nightmare Alley” turns into a succession of confidence games with a few dark and deadly secrets tumbling out along the way. As good as Blanchett and Bradley are and are together (Flick alert: Cooper is a raucous treat as Jon Peters in the upcoming “Licorice Pizza,” and Blanchett gives another great micro turn in the end-of-the-world satire, “Don’t Look Up” streaming as of Dec. 24 on Netflix), their chemistry gets diluted by plot machinations and the restrictions of the genre. There’s just not enough emotionally at stake; it’s great pomp, sans the punch. It still works, mind you, but as a viewer you sail through the film enamored with the filmmaking and performances without being pulled in by flaws, desires and dreams.