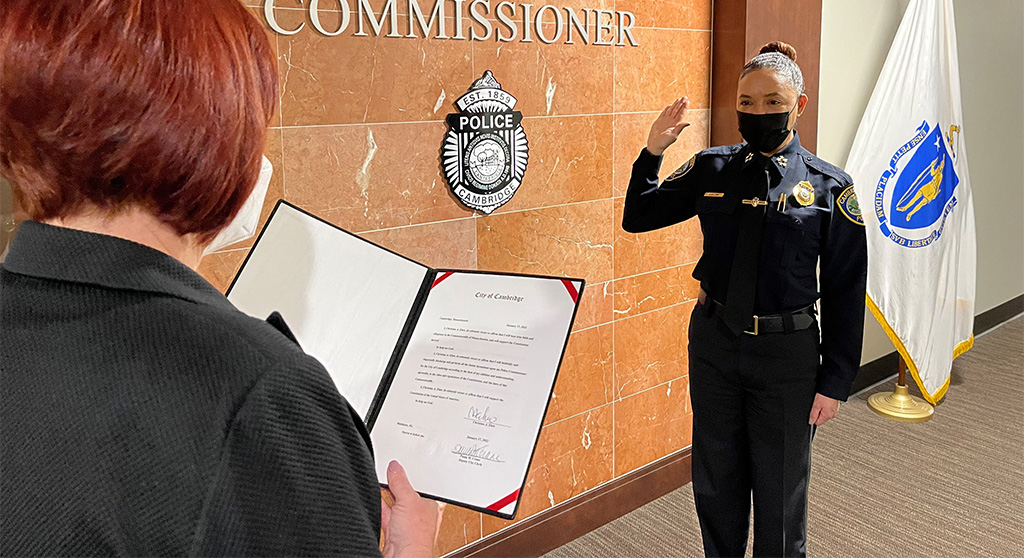 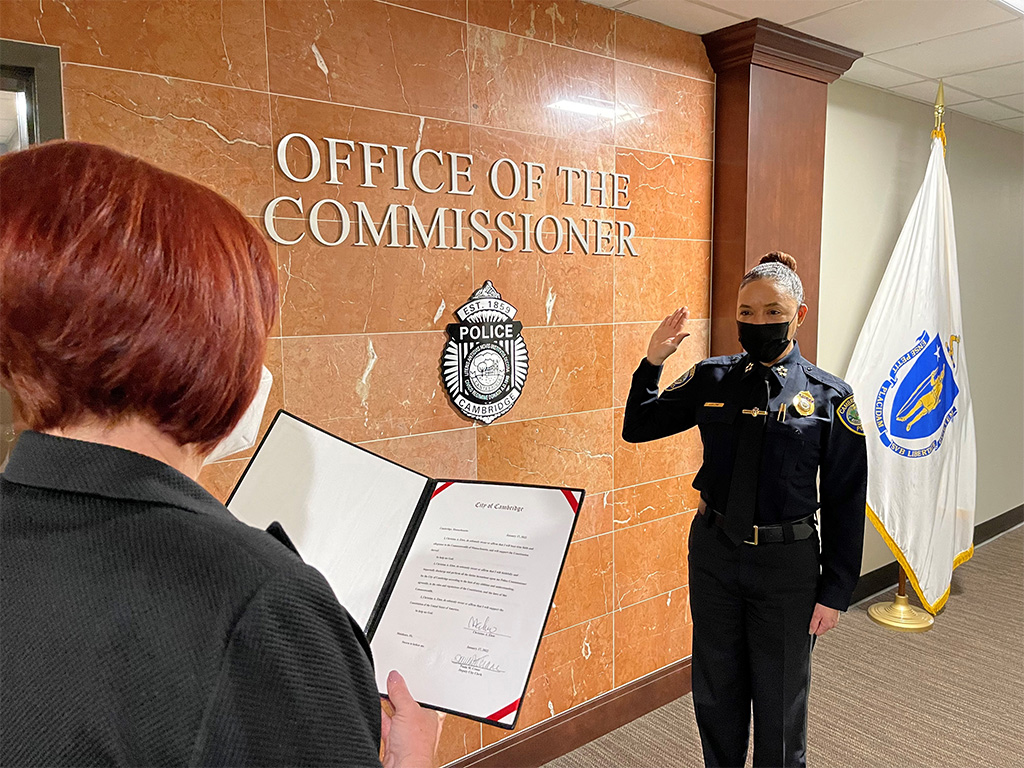 Christine Elow, who has been acting police commissioner since Aug. 21, was sworn in as permanent commissioner Monday in a private ceremony at the Cambridge Police Department, City Manager Louis A. DePasquale said.

Elow becomes the first woman to lead the force since its inception in 1859 and the first Cambridge native in the role as permanent commissioner. As a woman of color, Elow was sworn in on Martin Luther King Jr. Day.

“Over the last six months, I have worked closely with acting commissioner Elow, and her leadership, contributions, and collaborative spirit throughout this unprecedented time have been nothing short of impressive,” DePasquale said in a press release. “Ms. Elow has clearly demonstrated to the public and to me that she is the right person to lead the Cambridge Police Department.”

She replaces Branville G. Bard Jr., who left for a role with the Johns Hopkins Institutions, in leading a 329-person force with a $69 million budget.

“My entire career has been dedicated to serving the Cambridge community. I grew up in Cambridge and love working in this city. Now I look forward to building off what we have started since I was named acting police commissioner and am truly honored to have this once-in-a-lifetime opportunity to lead the department. I will remain committed to bringing change and transformation to public safety and working collaboratively with the community. I plan on doing everything I can to help CPD advance its mission and continue to serve as the model for policing in Massachusetts and the country,” Elow said in the press release.

The swearing-in came on the Martin Luther King Jr. Day holiday. City councillor E. Denise Simmons said she was pleased to “have a woman of color serving as a powerful, positive example to the many young girls of color living in Cambridge. It is important that the diversity in our leadership positions reflects the diversity in our community, and it leads to better, more responsive policy-making. This is a truly good day for the City of Cambridge.”

Elow, a Cambridge native and Navy veteran with a college degree, joined the Cambridge Police Department in 1995. During her rise through the ranks, she serving in the Patrol Division and oversaw the Professional Standards Unit, which investigates complaints made against members of the department. She later served as deputy superintendent for day patrols and community services and in 2017, was appointed superintendent of operations, making her the highest-ranking female officer in the history of the department. With the 2019 move to the Support Services Division, Elow oversaw sections of the department that include criminal investigations, administrative services and family and social justice.