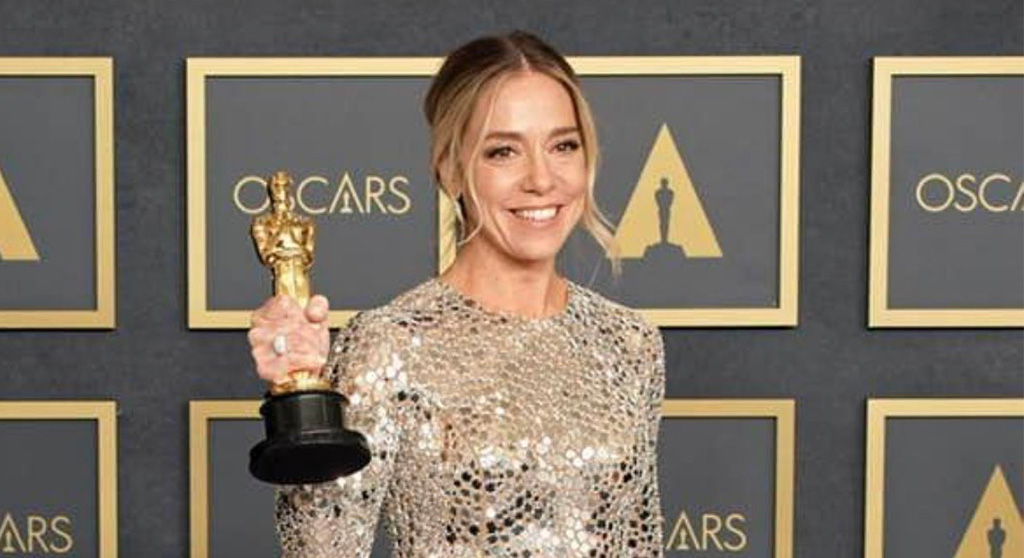 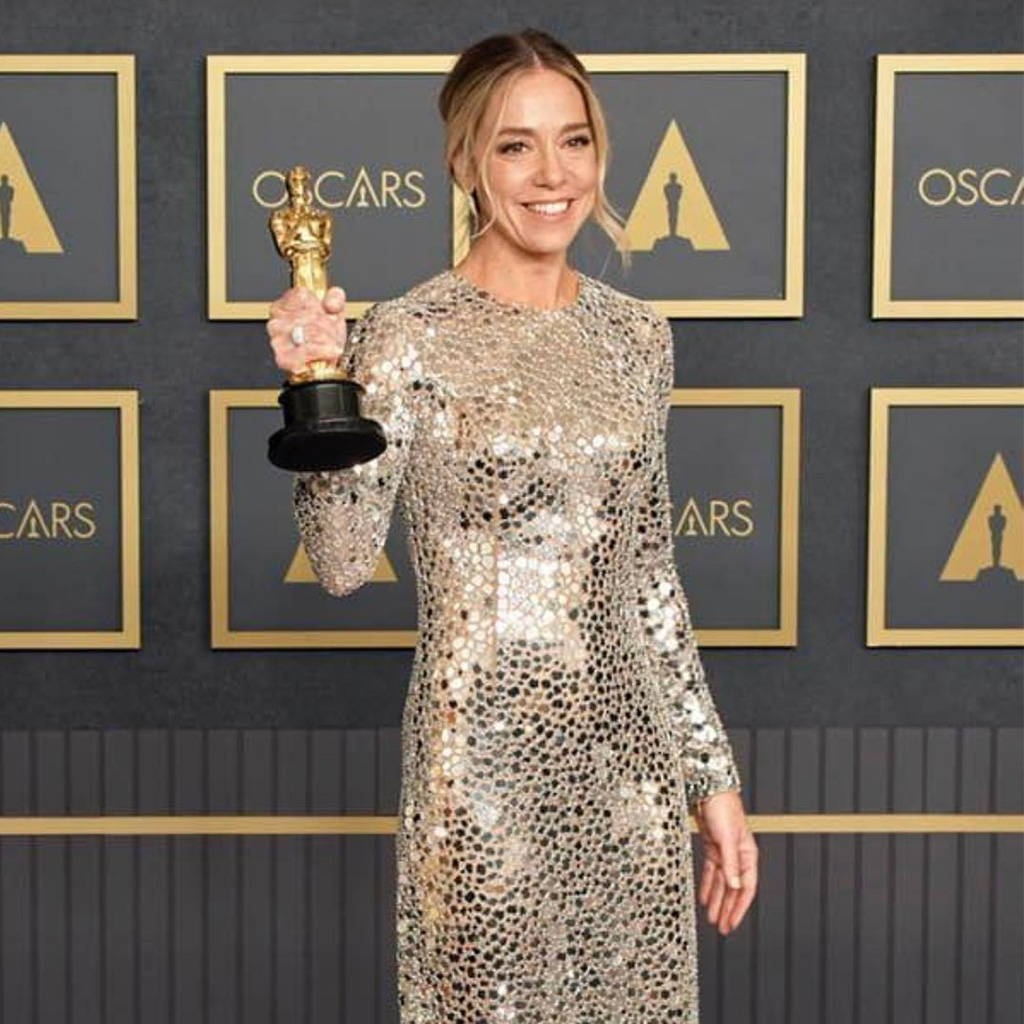 Siân Heder with the Oscar she won Sunday for her film “Coda.” (Photo: Siân Heder via Twitter)

The Best Picture winner at the 94th Academy Awards on Sunday was “Coda,” which also took home statues for Best Adapted Screenplay and Best Actor in a Supporting Role for Troy Kotsur – and the director and writer of that screenplay was Cambridge Rindge and Latin grad Siân Heder.

“Coda” is an English-language adaptation of the 2014 French film “La Famille Bélier,” about an aurally able girl from a deaf family with a desire to sing (which makes it an American Sign Language adaptation as well) filmed in Gloucester. The acronym of the title is “Children of Deaf Adults.” It’s been widely lauded as heartwarming and even a bit old-fashioned in its storytelling, and the film sneaked to its win around more highfalutin critics’ picks such as “The Power of the Dog” and “Drive My Car” (which won Best Director and Best International Feature Film anyway, respectively).

“I’m stunned. Woke up this morning and realized this wasn’t all a dream. Love to the Academy and everyone who watched ‘Coda’ and felt moved and told their friends to watch it and made this moment happen for us. I’m so grateful and happy,” Heder said via Twitter.

The film “shows the director deepening her art,” Cambridge Day film writer Tom Meek said in August, and Heder “and the cast hit all the right notes, making an old tune hip and catchy again.”

The trailer for the film:

After growing up in North Cambridge – her parents are artists Lajos Héder and Mags Harries, who is responsible for “Glove Cycle,” the bronzed gloves along the Porter Square T station escalator – Heder went to Carnegie Mellon University’s acting program. Her onscreen time in Hollywood didn’t amount to much, writer Allyson Johnson said in 2016 as Heder’s feature “Tallulah” hit screens. But the director gained her footing with the short films “Mother” (2006) and “Dog Eat Dog” (2012), as well as writing for the television series “Men of a Certain Age” and “Orange is the New Black,” Johnson said, and made it to Cannes with “Mother” and to Sundance with “Tallulah.”

On Monday, as the City Council passed a resolution honoring Heder for her win, councillor Marc McGovern noted that casting for “Coda” was done locally too – by the Boston Casting firm owned by Fresh Pond Parkway resident Angela Perry. “We have a whole lot of Cambridge going on in the movie,” McGovern said, “and congratulations to all of them.”

Cambridge has another prominent behind-the-scenes talent in Virginia Johnson, owner of Inman Square’s Gather Here sewing studio and a film industry costume designer. Though Johnson had nothing to do with “Coda,” two films with her work – “The Man from Toronto” with Kaley Cuoco, Woody Harrelson and Kevin Hart, and a take on Stephen King’s “Salem’s Lot” – are due for release this year. (Other behind-the-scenes Oscar winners include documentary directors Margaret Lazarus in 1994 for the short “Defending Our Lives”; Errol Morris in 2004 for “The Fog of War: Eleven Lessons from the Life of Robert S. McNamara”; and Frederick Wiseman, for an honorary award in 2017; and of course Matt Damon and Ben Affleck for their “Good Will Hunting” screenplay in 1998.)

Heder’s next production hasn’t been publicized.