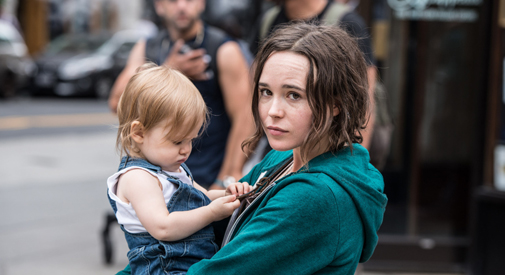 First-time feature film director (and Cantabrigian) Sian Heder has assembled quite the cast for her film “Tallulah,” debuting Friday on Netflix and playing at West Newton Cinema. From leading ladies Ellen Page and Allison Janney to Zachary Quinto and John Benjamin Hickey, who drop by for about one scene each, “Tallulah” is brimming with talent. It’s those performances that allow the film to shine past its weaker elements – namely a script that too often cuts corners to get characters from one crucial moment to the next. 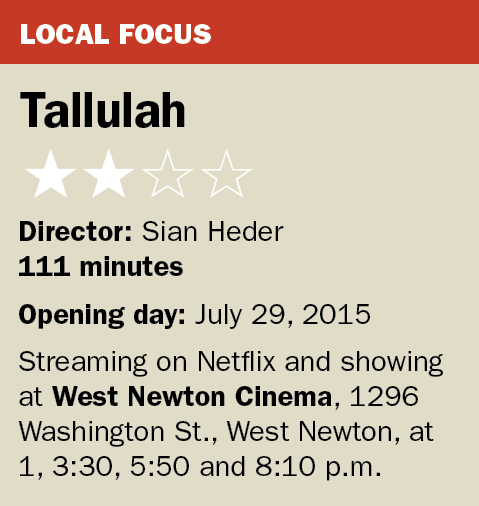 Page plays the titular Tallulah, a drifter who returns to New York to find the boyfriend who left her. Instead she encounters his mother, Margo, played by Janney. She’s swiftly turned away and, while looking for food and a place to stay, meets Carolyn (Tammy Blanchard) a lonely, rich socialite with a young daughter. Tasked with watching the toddler, Tallulah makes a rash decision when Carolyn comes back drunk and incapable of taking care of the child. Taking the daughter and passing her off as her own to manipulate Margo into letting her stay, what follows is a story about motherhood, makeshift families and the bond between two women who are polar opposites in how they go about their life.

None of these characters are likable, particularly Tallulah, with her complete and utter disinterest in living even the semblance of a responsible life. Carolyn is first portrayed as pathetic rather than cruel, a woman who never wanted a child but felt it would help keep her husband around. Desperately lonely, her actions aren’t justified, but neither are Tallulah’s, whose sudden interest in taking care of the child is never depicted in a way that’s at all believable. Margo is the only character who feels wholly human and whose character isn’t defined purely by her actions. She’s vulnerable, yet able to take care of Tallulah, and can be selfish and rude, but her flaws don’t define who she is a person. They’re just aspects of a personality that flesh her out. Her warmth and generosity and the humor she shares with Tallulah make her the character we really feel like rooting for. 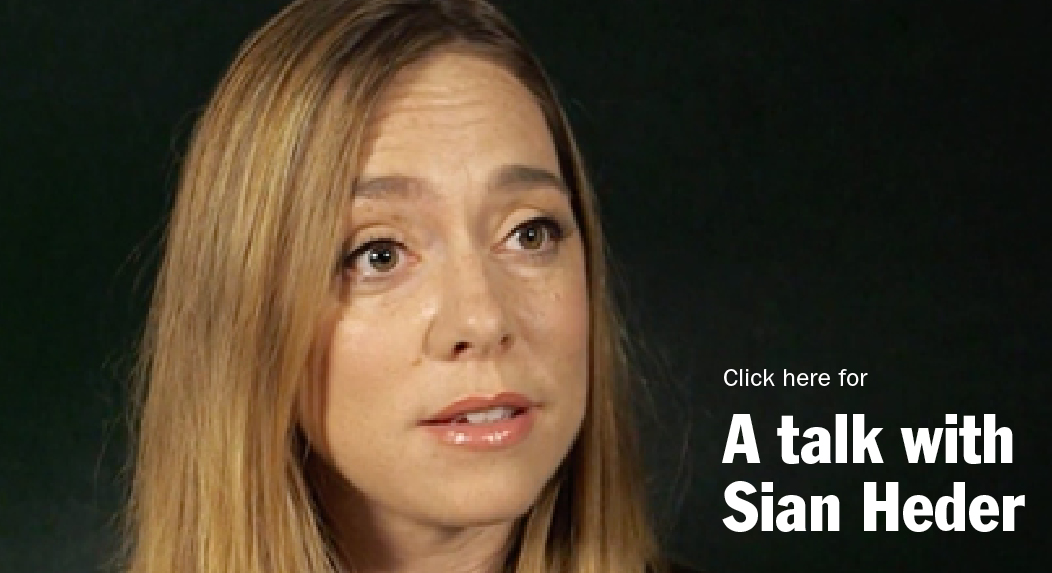 The talent on board is indeed superb. Blanchard is the least recognizable, but she makes Carolyn – someone who could arguably come off as heinous – into someone pitiable and, by the end, someone we want to see succeed. Page is engaging as always, and we’ve come to expect nothing less than brilliance from Janney. The real charm of the movie comes from the duo’s easy rapport. Whether they’re bickering or drunkenly painting in the middle of a living room, they’re captivating as women who shouldn’t get along but find a common link. Deliciously dry but able to exude humanity and depth, they’re perfect leads for characters so nuanced and unlikable.

The two aren’t enough to save the script. Tonally sporadic and jumping from thoroughly comedic moments to ones meant to break hearts, the film is at its best when it hold stills and watches the talent in front of the lens. Heder knows when to deliver on visual emotional punches, and shows a real sense of skill behind the camera. The scenes where Tallulah and Margo become weightless are beautifully shot: Tallulah with a sense of panic, Margo with a sense of relief. The narratively similar scenes convey completely different emotional points of view, all from the way they’re filmed.

“Tallulah” won’t inspire much thought after the credits roll, despite being a terrific showcases for Blanchard, Janney and Page; more than anything, the film leaves its audience with a sense of apathy. The promise demonstrated is immense, though, and when the films, it’s easier to be intrigued by what Heder will do next than to reflect on the film that has just ended.