‘Coda’: This Child of Deaf Adults is called to sing in a family drama from Cambridge’s Sian Heder 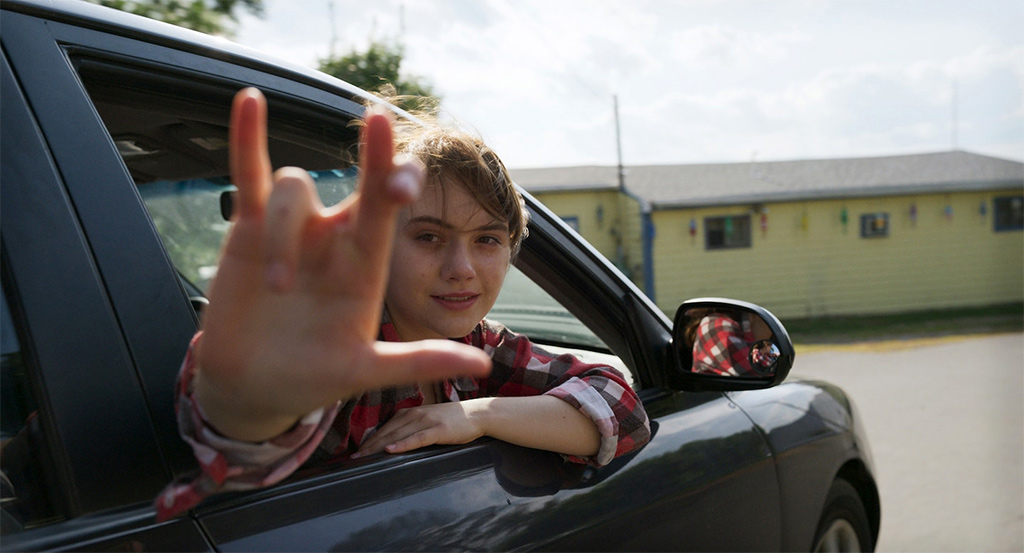 ‘Coda’: This Child of Deaf Adults is called to sing in a family drama from Cambridge’s Sian Heder

Cambridge Rindge and Latin grad Sian Heder connects old and new with local color and universal language in “Coda,” a heartwarming English-language adaptation of the 2014 French film “La Famille Bélier” about an aurally able girl from a deaf family with a desire to sing. Forget France, we’re in old-school Gloucester for this spin, hanging on the working-class side of town the way Kenneth Lonergan’s award-winning “Manchester by the Sea” (2016) did. It’s an especially rewarding transposition for us locals.

The acronym of the title is “Children of Deaf Adults.” Here, that’s Ruby Rossi (Emilia Jones, “High-Rise,” 2015), a Gloucester High student who lives with mom Jackie (Marlee Matlin), dad Frank (Troy Kotsur) and older brother Leo (Daniel Durant) – all three deaf. The Rossis are a fishing family; Ruby works the boat early in the morning and, understandably exhausted, nods off in class. Mean, more-well-off girls give her a hard time and form a barrier to her afar crush, Miles (Ferdia Walsh-Peelo), one of the popular kids; but Ruby finds an in when she learns he’s signed up for choir. Ever singing on the boat and at home, Ruby follows suit.

“Coda” moves in a fairly predictable arc, but it does so sans apology and it does so well. Plot threads include the struggles of the small Gloucester fisherman to remain relevant in changing times and the quiet, ongoing struggle for the hearing-impaired not to be brushed aside. The latter is moving and at the same time has many clever, gut-tickling moments, such as when Ruby must translate to a doctor about mom and dad’s burning-loin issues: Frank signs that his balls are on fire. The doctor explains it’s just jock itch from the sea and humidity and says that the two should lay off sex for a while. That comes as something of a relief for Ruby because mom and dad are usually at it, and loudly so, when friends or Miles stop by.

Oscar winner Matlin (“Children of a Lesser God,” 1986) is the big name here and she’s brash, funny and vulnerable as Jackie, but the real tour de force is Kotsur as Frank. The two have perfect chemistry, blasting heavy metal out of their pickup – another one of the many cringeworthy moments Ruby endures with warmth in her heart. The two actors are deaf in real life, as is Durant (effective as the big brother arriving into manhood). Heder was determined to use hearing-impaired actors not only for authenticity but because they are underrepresented on film.

Heder, who struggled as an actor after graduating from Carnegie Mellon University, got a CV bounce and access from writing on “Orange Is the New Black.” Her directorial debut “Tallulah” (2016) was another tight, situation-driven female journey, starring Ellen Page as an adrift young woman who intervenes dramatically on behalf of the toddler of an inattentive and overprivileged mother. Both films are deeply nested in their protagonist’s view and dilemmas. “Coda” is a more typical drama, but it also shows the director deepening her art. She and the cast hit all the right notes, making an old tune hip and catchy again.