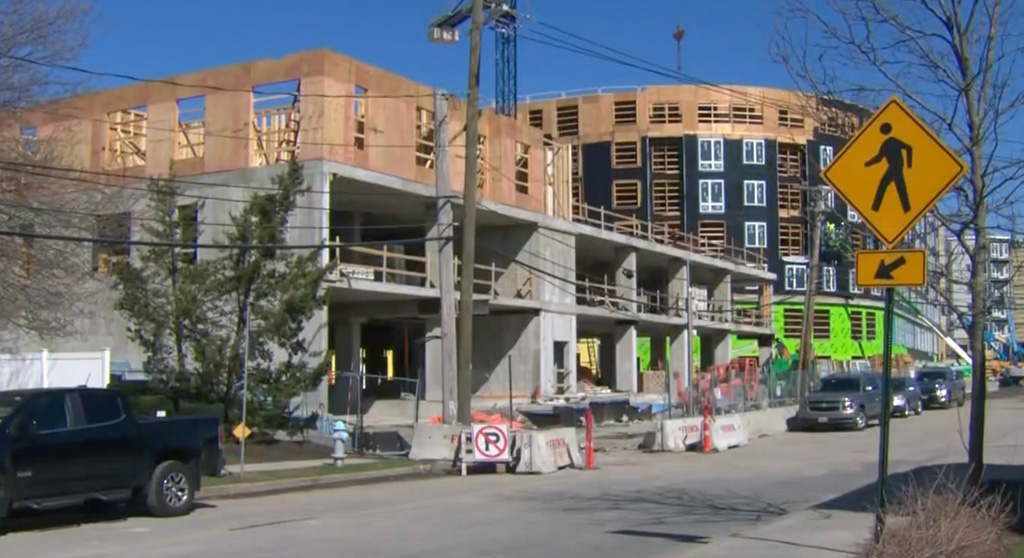 Carcensky Salvant, 21, of Randolph, was expected to be arraigned in Cambridge District Court on Monday after being arrested at a worksite on Wheeler Street in the Cambridge Highlands.

The first victim was on a ladder when attacked, and was stabbed in the leg, police said. Another worker who tried to interfere was stabbed in his back. A third co-worker trained in jiujitsu was able to successfully take away Salvant’s folding knife and restrain him, according to police and media reports. Officers arrived shortly after a 7:15 a.m. call to put the suspect in handcuffs.

It was unusually hard to for police and firefighters to reach the third-floor crime scene, said Jeremy Warnick, director of communications and media relations for Cambridge police. They had to use ladders and an unfinished stairwell to get there. But upon arrival, officers were able to apply a tourniquet to help the victim stabbed in the leg, and firefighters extricated the workers – using a boom lift, according to media reports – to be taken to local hospitals by Pro EMS.

The stab victims sustained serious, but what are not believed to be life-threatening, injuries, Warnick said. Both are reportedly in their 20s.

“The assailant kept saying that ‘he owes me, he owes me,’” police deputy superintendent Pauline Wells told WBZ-TV, describing what she knew of the attack.