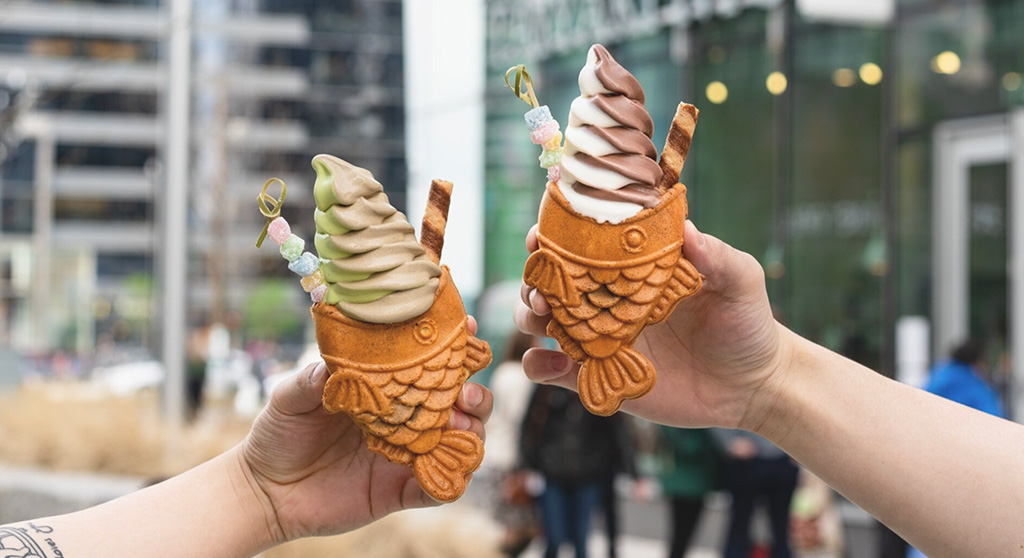 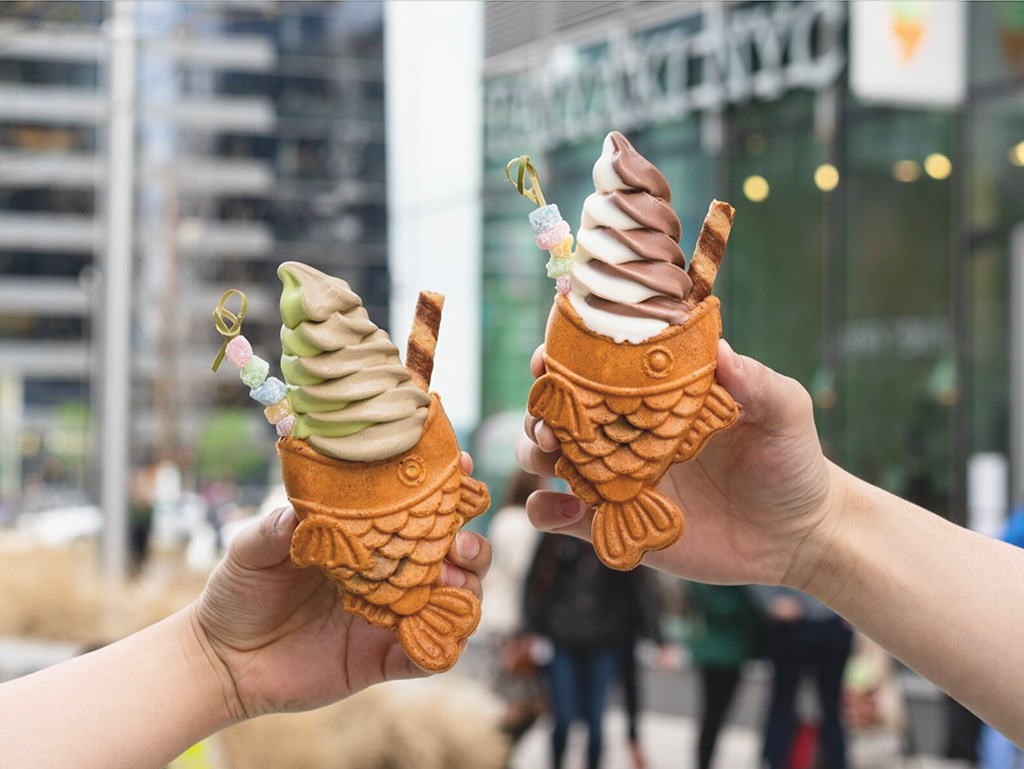 Two Asian food trends are coming to Cambridge in a single location, as Taiyaki NYC and The Dough Club plan an opening at 6 Church St., Harvard Square, the former site of a clothing shop called Mint Julep.

Taiyaki sells ice cream in warm, fish-shaped cones made out of waffle batter, and would become an interesting and Instagram-ready neighbor to Lizzy’s Ice Cream at 29 Church St. and a friendly competitor to the similarly photo-friendly Amorino Gelato shop at 50 John F. Kennedy St. … among other ice creameries in the square. Taiyaki ice cream also comes in more traditional waffle cones and other cute shapes and decorated cups.

The Dough Club sells mochi doughnuts, which are already available from various shops in Allston, Dorchester and even Worcester. Paris Baguette in Central Square’s H Mart also sells “Pon de Ring”-style mochi doughnuts – shaped like a beaded bracelet instead of smooth like a traditional doughnut – which a seller there called “very popular” and likely to sell out daily.

The City Council will handle a sign application from the combined eatery Monday during its regular meeting. There’s already a Taiyaki shop in Boston’s Seaport; the opening date of the Harvard Square location hasn’t been announced.