‘Lightyear’: A buzzkill for the ‘Toy Story’ series 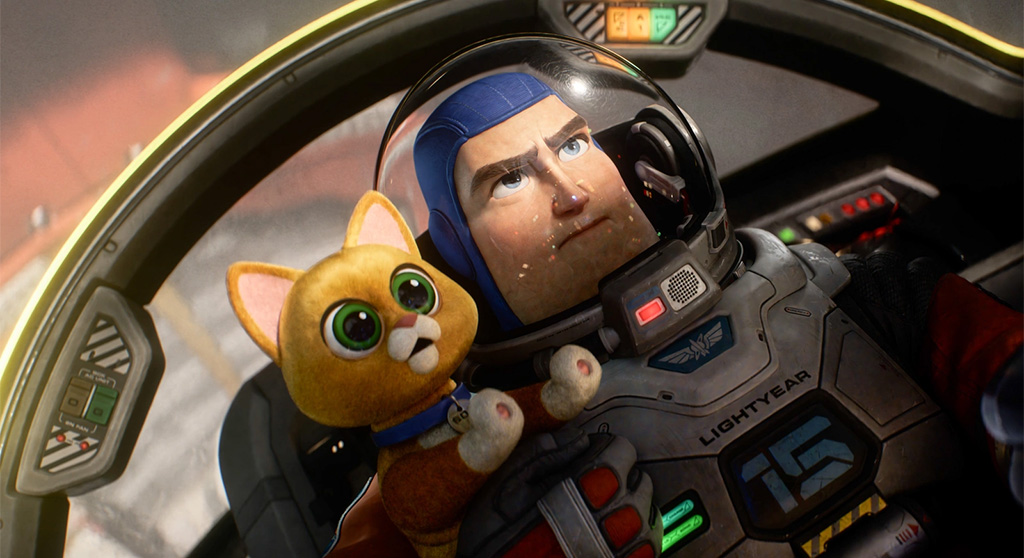 ‘Lightyear’: A buzzkill for the ‘Toy Story’ series

You’re bound to be thrown off a bit by “Lightyear,” the latest Pixar offering, which in theory extends the “Toy Story” franchise. No, Tim Allen is not in the mix as the titular Buzz, and Buzz here doesn’t look so much like Andy’s old space ranger toy. Nope, this Buzz is more square-jawed and all-American, kinda Captain America-ish, which makes good sense as Buzz is voiced by Cap portrayer Chris Evans. “What the what?” you might ask. Simply put, “Lightyear” is an origin story; in the “Toy Story” films that talking toy (“To infinity and beyond!”) was the merchandised byproduct of a hit movie called “Lightyear” – this is that movie.

Our trajectory finds Buzz and and fellow space ranger Alisha Hawthorne (Uzo Aduba) piloting a giant space orb – which looks exactly like the landing ship in “2001: A Space Odyssey” (1968) – on some exploratory deep space mission. Also not far off from “2001,” the crew of 1,000 scientists is in sleep stasis when Buzz and Hawthorne decide to land on a planet for much-needed resources. Turns out the Earth-like terra firma isn’t so friendly, as relentless tentacled vines pop up everywhere and a teeming swarm of nasty giant mosquitos come at the landing party. After enduring much hectoring, Buzz and Hawthorne make the smart decision to get the heck out. But when they blast off, Buzz tries a risky maneuver and damages the hyperdrive, for the most part stranding the crew on the planet. What to do? Build a new hyperdrive, test it on a smaller, X-wing-like ship and get on with the mission. (Space rangers always finish the mission.) Easier said than done. Test flight after test flight fails, and because of hyper speed, each time Buzz returns, Hawthorne and the now-walled-in village of scientists have aged four or more years, though Buzz is the same as when he left. From there on, it’s wash, rinse, repeat. Hawthorne’s progression is fun to watch as she marries and has a child, which brings a granddaughter (Keke Palmer). There’s also some killer robots who show up to assail the explorers’ forcefield-fortified dome, as well as a rip in the multiverse – is it me, or are we awash in alternate realities these days?

Overall it feels a stretch to categorize “Lightyear” as a “Toy Story” entry. The connection’s tangential and the film’s far too plot driven, leaving it not all that emotionally deep. My 12-year-old daughter, who has moved on from “Harry Potter” and “Star Wars” to “Avatar” but always comes back to the “Toy Story” films with deep affection, commented that the animated backstory felt too much like a “Star Wars” chapter. What she was getting at (with few exceptions, like that deft aging twist) is that you can see where this space quest is going from infinity and beyond.