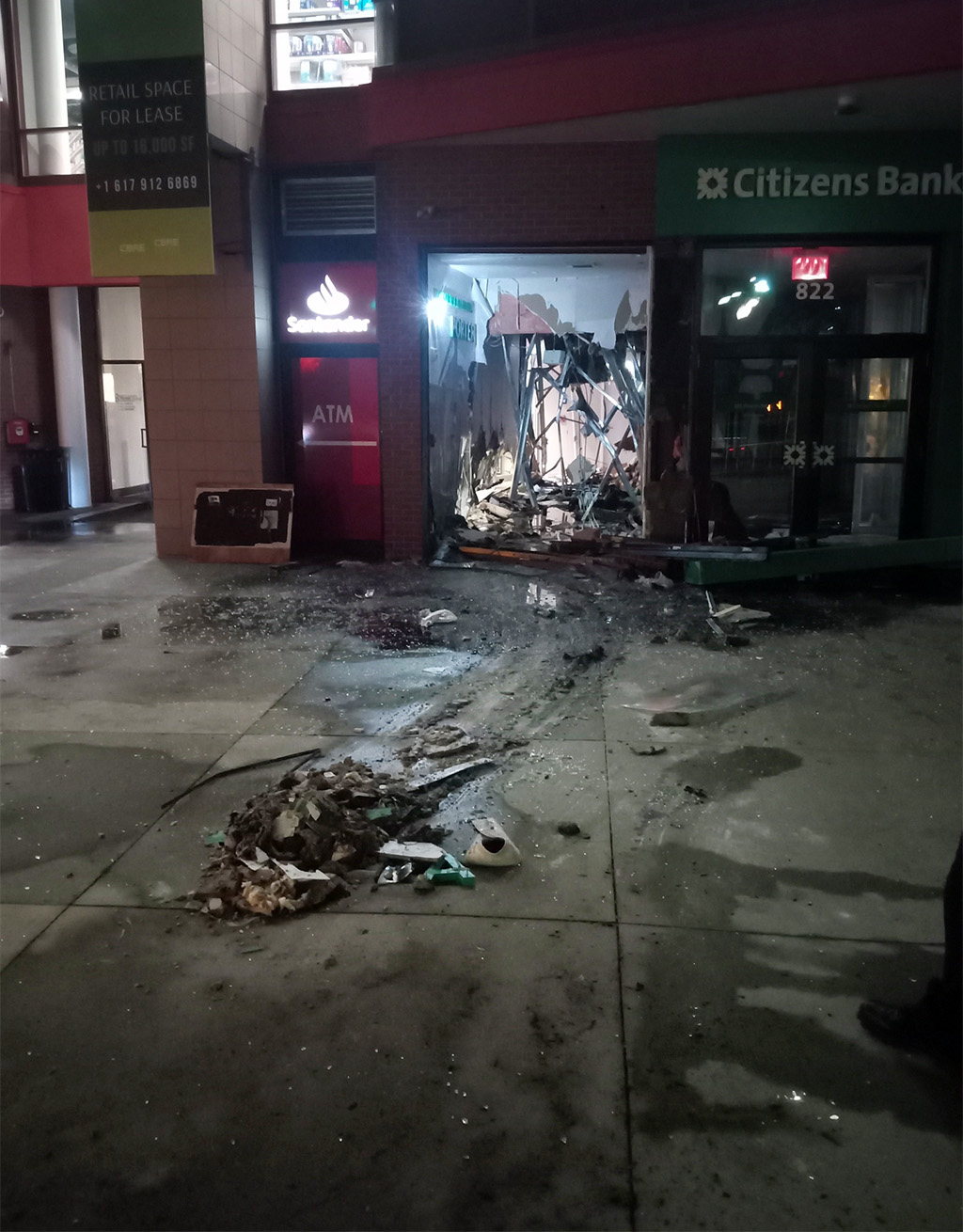 The driver was heading south on Massachusetts Avenue in Porter Square and took a left turn onto Somerville Avenue, accelerating and crashing into a Citizens Bank branch, “causing significant damage to the building,” police say from their initial investigation Saturday. The 2022 Toyota Highlander also “sustained significant damage and was towed from the scene.”

Police arrived at 822 Somerville Ave. at 11:11 p.m. and talked with the 66-year-old driver. The man “remained on the scene and cooperated with investigators,” said Robert Lowe, superintendent of operations for Cambridge police.

There is no indication that the driver was impaired or distracted at the time of the crash, Lowe said.

The driver and the two passengers were taken to Massachusetts General Hospital with apparent minor injuries.