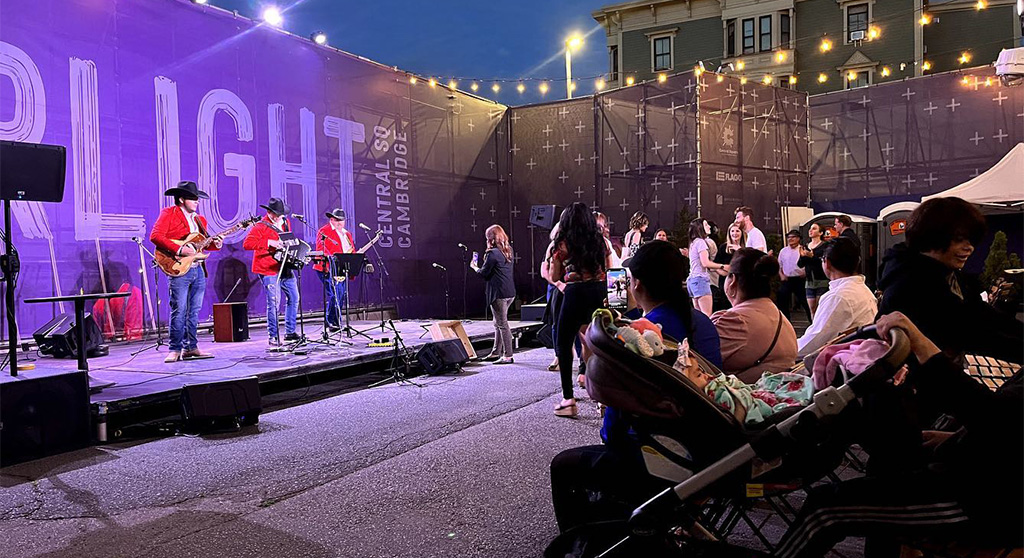 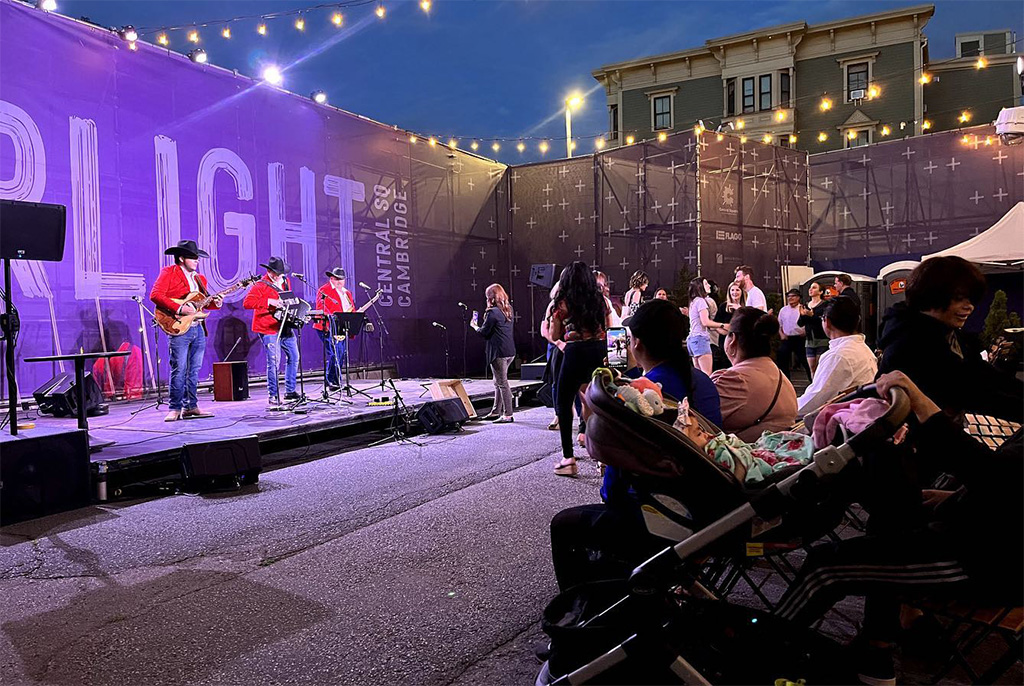 Starlight Square, an open-air home in Central Square for the arts, small business, community events and and food access, will get to continue its season at Norfolk Street and Bishop Allen Drive. Despite noise complaints from immediate neighbors, the Board of Zoning Appeal granted a special permit on Thursday for programming to run through the planned end of its season in October.

The project met some neighborhood opposition in March as it sought to move from operating under a pandemic-era emergency order to more traditional permitting. Instead of getting the hoped-for permit allowing a full season, the Central Square Business Improvement District was given until August if it worked with neighbors to address their concerns about noise.

At Thursday’s meeting, Starlight Square’s organizers cited the importance of the project to the community and the efforts that they have taken to mitigate sound coming from the installation – ending all programming at 9 p.m. from Monday to Saturday and 6 p.m. on Sunday; holding only two music events per week; constant sound level monitoring; and the installation of drum shields. A plan to install acoustic barriers has been delayed by supply chain issues.

Starlight’s organizers applied for a permit covering the rest of this season and all of the next season; now a 2023 season depends on future permitting from the ZBA.

“Starlight is not the Middle East Night Club, it’s not a live music venue, it does not operate all day,” said Michael Monestime, the former executive director of the Central Square Business Improvement District and the permit’s proponent. “Starlight is a healthy mix of uses and needed public space that has proven its value again and again.”

A number of people from community organizations offered support for Starlight, including Aaron King, founder of the Cambridge Hip-Hop Collaborative who said Starlight Square provided an opportunity to perform when other venues in Greater Boston turned them away.

“Having that opportunity has meant so much to us,” King said. “It proved to ourselves and the community that we can do this.”

While most public comment was in support of a new permit for Starlight Square, there was still significant pushback from immediate neighbors who continued to complain of constant noise from the square. Currently, events at Starlight Square must be approved by the License Commission – but Adrian Thompson, an immediate neighbor of the square, said meetings of the commission are scheduled only 48 hours in advance and are hard for him and other residents to get to. The commission has also been unresponsive to emails, Thompson said.

“The music floods our homes,” said Michael James, another immediate neighbor of Starlight Square. “Especially with our bay windows, it literally feels like we’re sitting on balcony seats, participating in every single event that’s. going on so long as we’re home.”

The only useful thing out of the License Commission process “is that I can at least copy down what the times are and escape when I need to escape,” James said.

During the zoning board’s final comments on granting the permit, they highlighted the importance of the continued mitigation efforts before voting to grant the permit.