Once editor of The Alewife in North Cambridge, McCabe is at OAN, site promising it is ‘credible’ 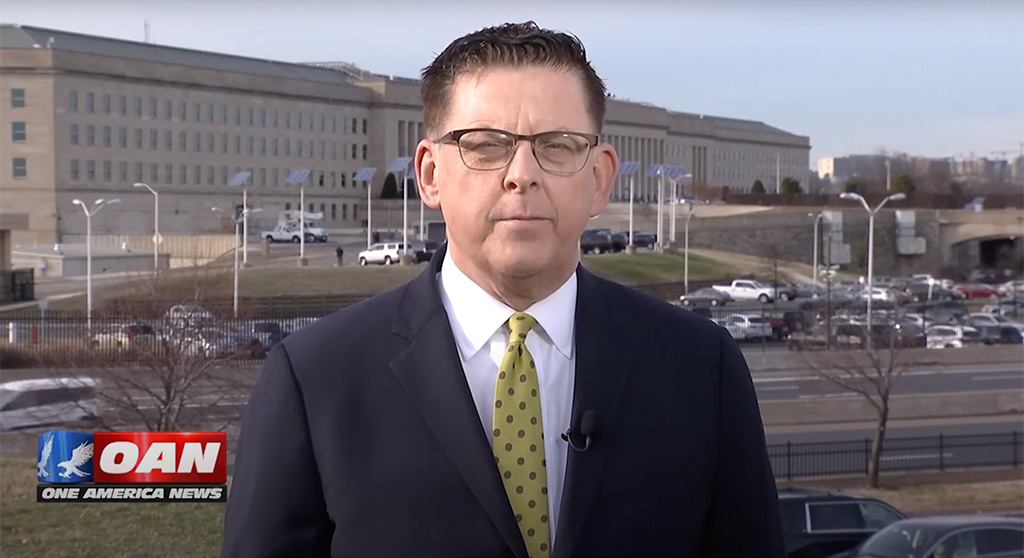 Once editor of The Alewife in North Cambridge, McCabe is at OAN, site promising it is ‘credible’

Neil McCabe in a screen capture from a 2020 segment on the One America News Network.

One America News Network, a source for information considered far to the right of Fox News, has a new political reporter: Neil McCabe, who once ran The Alewife weekly in North Cambridge and edited The Somerville News.

“Neil is recognized as one of the top national political reporters. We’re thrilled he’s leading our coverage in Florida as Florida news is becoming national news, especially as we head into the 2024 Presidential race,” said Charles Herring, president of One America News, said in the press release.

The 9-year-old company, which thrived during the presidency of Donald Trump and maintains Trump was not voted out of office in 2020, is available mainly online. It has disappeared from all television lineups except through Alaska’s General Communications, according to The Daily Beast; Verizon, its last major carrier, dropped the channel last month from its Fios TV lineup. The decision was not political, but “focused on economics, as they always are,” a spokesperson said, as the conservative broadcaster “failed to agree to fair terms.”

In its press release, One America News Network describes itself as “a 24/7 source of credible national and international news.”

After stints in the U.S. Coast Guard and as a shoemaker in Old Sturbridge Village, McCabe edited The Somerville News from August 2003 to June 2005, according to his LinkedIn. He owned and edited The Alewife from December 2004 until December 2007.

He continued in journalism and public relations through the years, including at The Boston Pilot, Boston’s Catholic newspaper. (Under languages, the LinkedIn account says he speaks “Catholic” as well as “land and sea dialects” of military language.) The experience after that becomes more expressly political, with stints at Armed American Radio, Breitbart, Project Veritas and The Tennessee Star. McCabe’s relationship with One America News began with 10 months starting in August 2015, according to the LinkedIn page, when he was a political reporter and Washington, D.C., bureau chief, and resumed in February 2018 for two years as an investigations reporter. This will be his third time as an One America News employee.

“We are very familiar with Neil’s work,” Herring said in the Friday press release. “In addition to his Florida coverage, Neil will also be taking on other assignments around the country, including contributing to OAN’s 2022 midterm coverage.”

McCabe, now based in the Washington, D.C., and Baltimore area, said in the press release that “Florida is ground zero for battles over parents’ rights, Covid, education reform and gun rights. These battles are fought at the state house, the city halls and school boards – wherever they are, we will be there.”