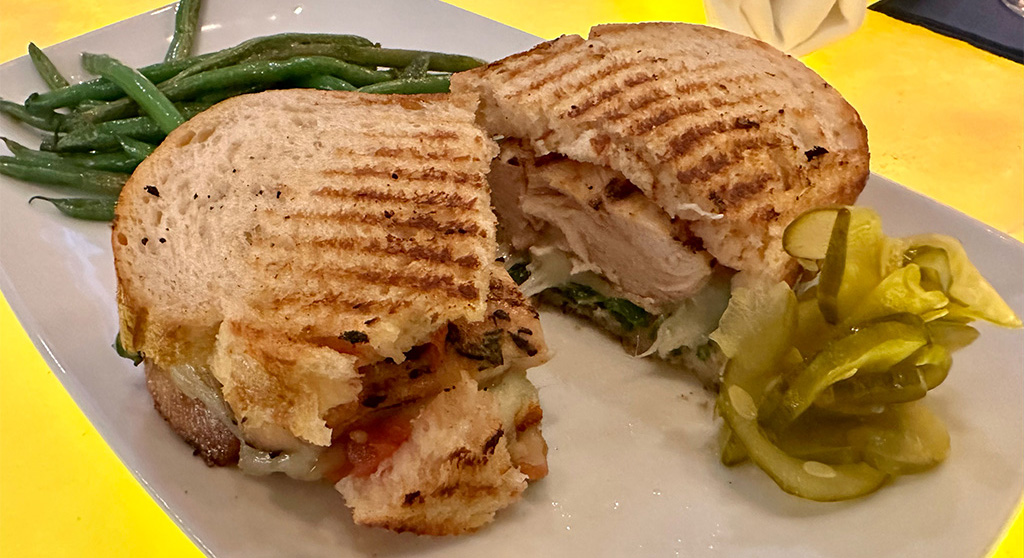 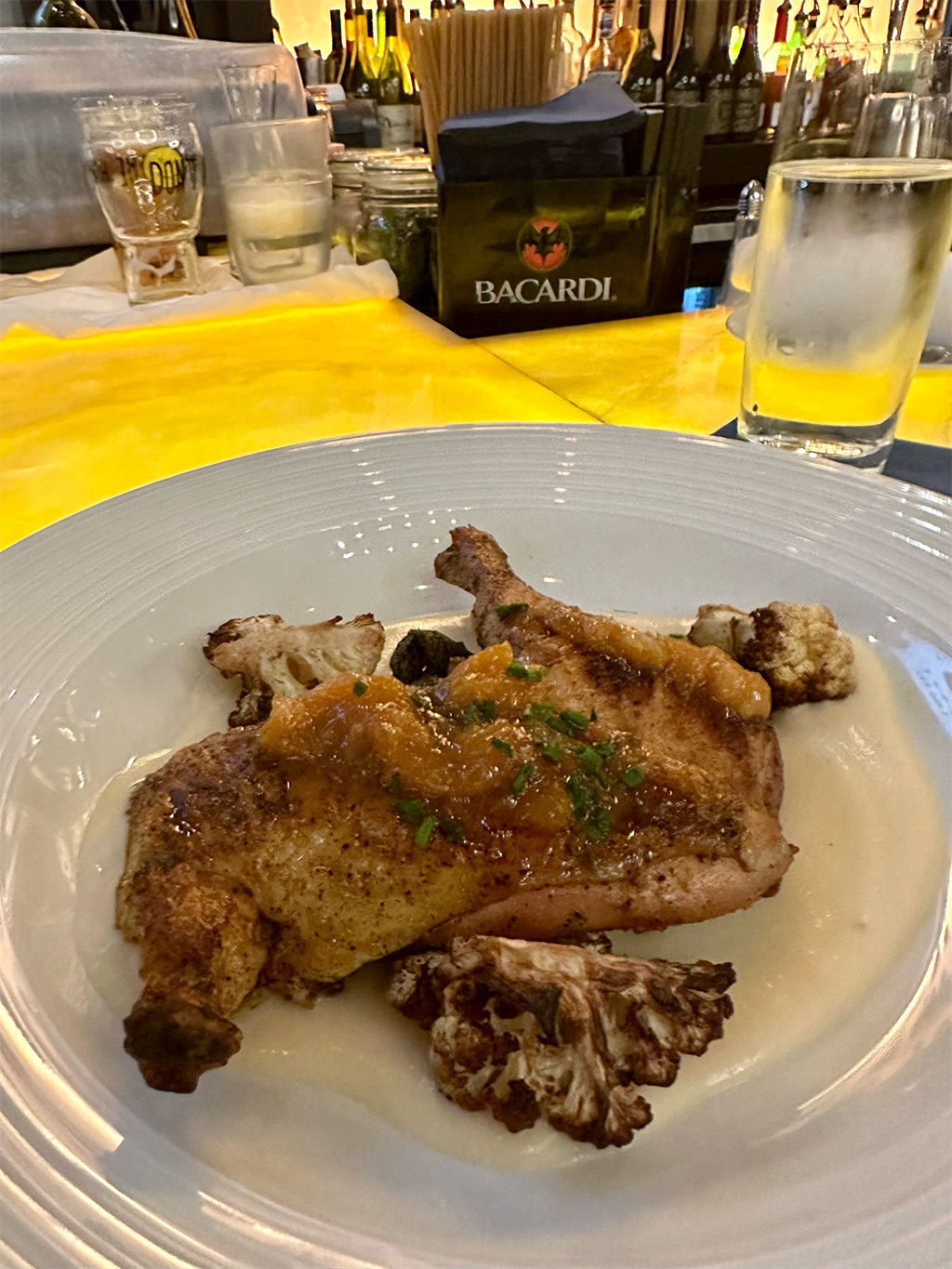 Local folks don’t generally get fired up about hotel restaurants, for fair reasons: By design, they cater to guests by being often somewhat institutional, aloof and inherently transitory. But there are hotel eateries make for interesting mixing and good dining, and Nubar in the Sheraton Commander is one such spot. The hotel’s named after George Washington’s official charge to lead the rebel army in June 1775 across Garden Street on Cambridge Common, while the restaurant is named after longtime proprietor Edward Nubar Guleserian. It has seen its share of A-listers, including regulars Sylvia Plath and Isabella Gardner in the 1950s. The eatery space got a much-needed renovation about a decade ago and is now vibrant and open, with a cozy fireside lounge area and a bar that glows an inviting warm yellow. It’s a perfect spot to have a glass of wine and get some work done.

As a nod to Guleserian’s Armenian heritage, the menu has cigara borek (a phyllo dough pastry filled with feta and parsley) and a leg of lamb with green beans. But the reason to dine at Nubar on the fall menu is chicken, which you can have three ways: as smoked wings, crisp and lean and seasoned with savory heat; a roasted half-chicken atop a cauliflower puree; and a chicken panini with tomato jam.

The wings are addictive, avoiding greasiness or gooeyness. They come with a creamy hot sauce – not too hot – to dip into, though I found I liked the wings better naked; that smoky spice rub provides plenty of flavor on its own. One diner next to me asked for a classic blue cheese dip, and that’ll be my ask next time.

The oven-roasted chicken is solid, a healthy serving that comes with roasted cauliflower, braised Swiss chard and a caracara orange relish. The skin is nicely crisp and the flavor accents play well together as a forkful. 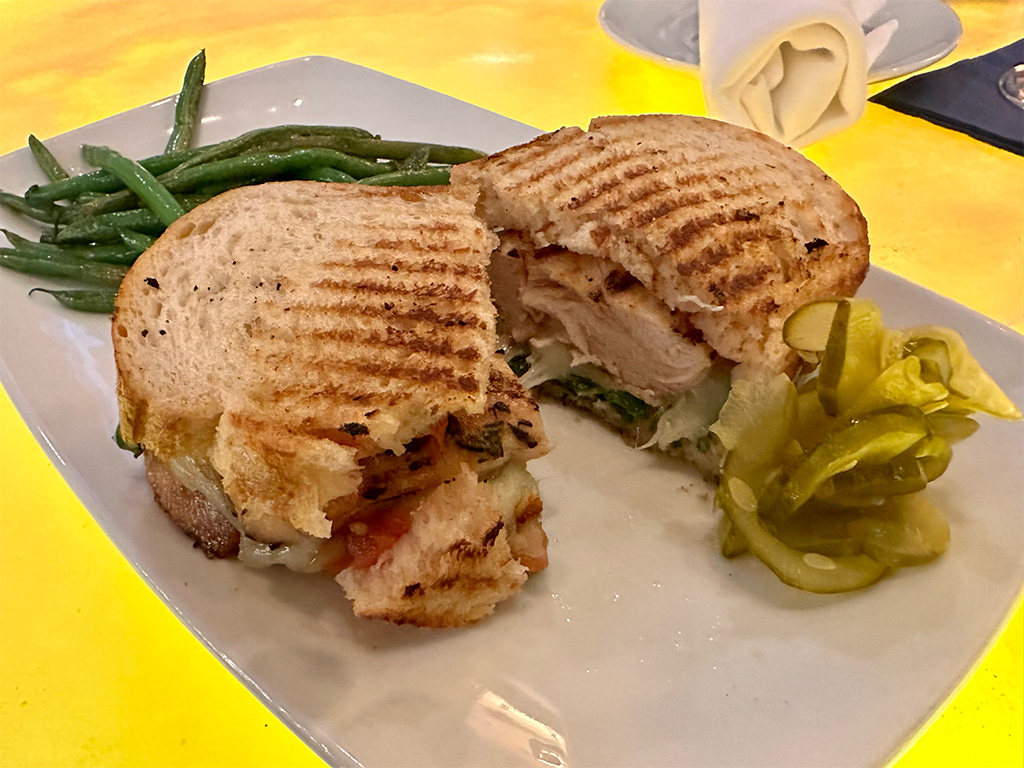 I really enjoy the panini, mostly because of the addictive partnering of gruyere cheese and that tomato jam on airy grilled sourdough. I generally skip the house fries and get succulent haricot verts (green beans) or smashed fingerling potatoes.

Nubar also serves up some righteously inventive flatbreads of clams casino or melted squash. They’re great nibble vacations, but I’m a basic, classics guy and always come back to the comfort of the Margherita and pepperoni variations – especially the pepperoni, with a tomato sauce that’s chunky and smooth with just the right amount of sweetness. (Being part of a hotel, the Nubar is open on Christmas and all major holidays with a decently priced but tremendous buffet of regularly filled hot chafing dishes and carving stations.) Given the cold temps, the Nubar fireside lounge has a touch of that ski chalet vibe where you can kick back and nosh on wings and flatbreads with a hot toddy of your desire.