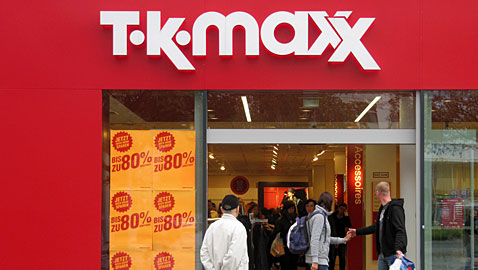 The space that held a Borders in the Cambridgeside Galleria is to become a T.J. Maxx, according to the Boston Herald. The 23,767-square-foot space is arriving this fall, filling space that has been empty since the retail media chain suffered a nationwide bankruptcy the previous fall. The discount clothing and home goods chain is run by the TJX Cos., of Framingham.

Also in the Herald: Gov. Deval Patrick signed a bill Saturday delaying a plan to bring ethanol through Cambridge on trains. The Herald’s Jessica Van Sack notes cause for alarm, considering a study last year “commissioned by the state Department of Environmental Protection found ethanol is now the most hazardous substance being transported by rail in the United States”:

Under a plan by Waltham-based Global Partners LP, about 1.7 million gallons of ethanol would be carried on a freight train that is 60 cars long twice a week through two dozen communities, including Cambridge, Somerville, East Boston, Everett and Chelsea, ending at a waterside shipping center in Revere.

On Sunday The Harvard Crimson reported that Cass Sunstein would return to Harvard Law School this month after directing the Office of Information and Regulatory Affairs for President Barack Obama since 2009.

“Working for the Obama Administration has been an extraordinary honor,” Sunstein said in a press release. “I am thrilled to be rejoining the Harvard faculty and to have the opportunity to work with the countless sensational teachers and students who are there.”

He’ll be teaching at the Law School and launching a Program on Behavioral Economics and Public Policy, the Crimson’s Nicholas P. Fandos said.