Five things to do this weekend: Oct. 6-7 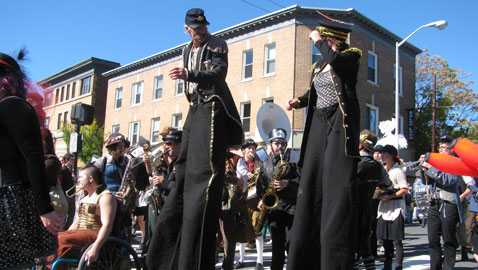 Five things to do this weekend: Oct. 6-7

Honk! is already under way in Somerville, takes over Davis Square on Saturday and does the traditional noon to 2 p.m. parade to Oktoberfest in Harvard Square on Sunday.

But the seventh annual Honk! festival of street musicians and 34th annual Oktoberfest in Harvard Square aren’t all that’s going on in Cambridge and Somerville this weekend.

For a break from all the music, beer and food, try these activities: 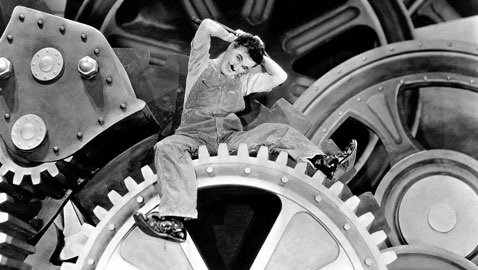 Watch the Brattle’s Cult and Classic Film Watchathon. Harvard Square’s classic film theater, The Brattle, hosts these marathon watching events as fundraisers with people participating for hundreds of dollars, but anyone with a hankering to watch six cult films and/or six classic films from noon to midnight can take part for $40 per day (or $30 for students, seniors and Brattle members). Tickets can also be bought for individual showtimes at regular ticket prices.

Catch Pixar’s “Brave” for only $4, courtesy of MIT. If six solid hours of mostly black-and-white weirdness sounds like too much on Saturday, the Massachusetts Institute of Technology’s LSC Fall 2012 Film Series is offering the family-friendly animated film “Brave” at 4, 7 and 10 p.m. for only $4 a ticket — and children under 10 get in free (with one child per adult admission). Tickets can be bought at the door; just go to the institute’s Building 26, also known as the Compton Laboratories, off Vassar Street between Massachusetts Avenue and Main Street. The building is behind Building 36, also known as the Fairchild Building, 50 Vassar St.

Go see geek comedy, music and burlesque at Comicazi. The sketch comedy album “In Case of Emergency” by Cowboy and Indian, a troupe led by Kevin Anglin and Raj Sivaraman, gets a grand rollout at 8 p.m. Saturday in a show called “Cowboys & Indians … and Zombies!” The evening includes comedy from the Rev. Tim McIntire, Sivaraman, ComedyCazi, Alana Eisner, Ryan Douglass, Brian Agosta, Anthony Scibelli and Abhishek Shah; music by Froggy and the FriendShip’s Froggie and Duckie; burlesque by Mary Widow & her Feast of Flesh Entourage; and treats and prizes, including a special prize for the best zombie character or costume, according to Geek Week founder and event organizer Kevin Harrington. Tickets are $5. Comicazi is at 407 Highland Ave., Davis Square, Somerville. 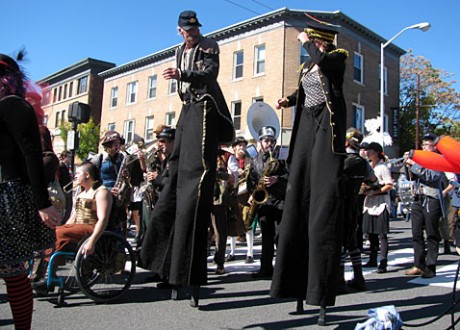 The Honk! parade makes its way through Porter Square in 2010. (Photo: Marc Levy)

Go back to Honk! The grassroots, nonprofit festival has serious underpinnings in the fight against violence and oppression, but does it in a joyous way that includes free performances by more than 30 rousing activist street bands mixing music inspired by New Orleans second line brass bands, European Klezmer, Balkan and Romani music, Brazilian Afro Bloc and Frevo traditions with a DIY attitude and, ideally, the passion and spirit of Mardi Gras and Carnival.

From 1 to 9 p.m. Saturday, bands from 18 states and three countries play at nine locations around Somerville. The schedule and locations are here. At noon Sunday the bands march from Davis Square to Harvard Square (Elm Street to Beech Street to Massachusetts Avenue) and play from 2:15 to 6 p.m. on six stages with a final All-Band Blowout Concert from 8 p.m. to midnight in Sanders Theatre, 45 Quincy St., Harvard Square. This final show features almost every band and costs $15 (or $10 for students) at the Honk! merchandise booth during the festival (cash only) or at the door (credit cards accepted). For advance tickets, go here , call (617) 496-2222 or go to the Holyoke Center, 1350 Massachusetts Ave., Harvard Square, from noon to 6 p.m.

(There’s also a Honk! academic symposium at Harvard from 10 a.m. to 2 p.m. Monday. Details are here.) 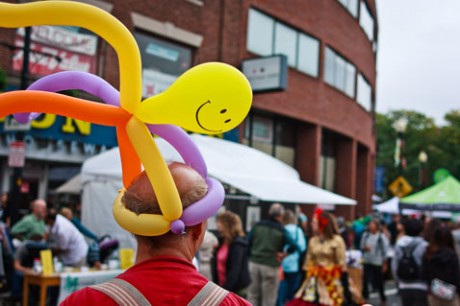 A balloon vendor is ready for his next customer at last year’s Oktoberfest in Harvard Square. (Photo: jecobo)

Take part in the 34th Annual Oktoberfest in Harvard Square. Some 100,000 revelers are expected, according to the Harvard Square Business Association, shopping at 150 stalls with arts, crafts, vintage items and other gifts; eating international foods sold by 50 vendors; being entertained by 44 acts that include Honk! bands and adds music such as reggae, rock, a cappella and folk; and drinking at three beer gardens. (Grendel’s Den, at 89 Winthrop St., is already serving a special Bavarian menu that will continue throughout the festival.) Virtuoso and Cambridge hip-hop group N.B.S. leads off at noon on the main stage.

Admission to the festival itself is free. Information is here.