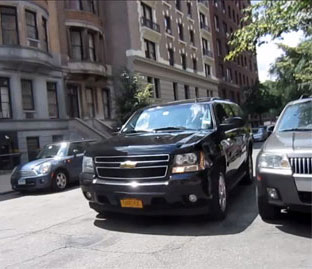 Want a free taxi ride? The Uber car-service company is delivering — for the next couple of days, anyway.

With no public action Monday on the city lawsuit against Uber and its smartphone app, the company took a step of its own: winning the hearts and minds of local users (and Uber’s ostensible competition, taxi drivers) with free local cab rides from 5 a.m. Tuesday to 8 p.m. Thursday for people downloading the app or signing up for the service online.

“We do crazy stuff all the time,” said Michael Pao, general manager for Uber in Boston.

Adding the classic yellow taxicab to the Uber service can draw customers who are put off by its more widely known model of summoning sleek black livery cars, Pao said.

It’s that model and its GPS-estimated, automated billing of credit cards that’s drawn lawsuits in some cities and states Uber is active, and Massachusetts’ Division of Standards filed its own order to stop the company’s local operations in August. The state quickly withdrew, though, and Cambridge filed its own lawsuit in September.

Some in the city called that odd for a city so proud of its reputation for innovation. While city councillors Minka vanBeuzekom and Tim Toomey are among those, it was Uber customer Jeff Axendale who spoke most eloquently about the service Monday, during the council’s public comment period.

“As someone who uses it quite frequently, usually in cases when I’ve already been waiting outside for 30 minutes trying to hail a cab, it’s been one of the most useful services to come on the scene in a long time,” Axendale said of Uber. “There’s always worries about disrupting existing can services, but when Uber costs more to begin with, I don’t really see the worry. They’re just offering you an alternative to get home by.”

The policy order introduced Oct. 1 by vanBeuzekom and Toomey asked the city to withdraw its lawsuit, but councillor Marjorie Decker used her charter right to delay discussion by a single meeting. The policy order returned to the agenda Monday, but discussion of the issue involved legal issues, and the council went into a 40-minute closed-door session to talk about them. There were no votes during the closed-door session.

Uber and similar services will likely lead to a wider look of how taxi and car services are regulated in Cambridge, councillors suggested.

In the meantime, Uber continues to operate in Cambridge but not to market itself here, Pao said. The free-taxi offer — it actually covers only the first $25 of a cab ride — is for all of Uber’s coverage area in Greater Boston, but only for Boston cab drivers who cannot come to Cambridge to pick up fares.

The company has had similar deals before, including for three days in Chicago and an entire week in Toronto, Pao said.

“Some people ride more than their fair share … we do need to watch out for that,” he said. “But generally the community Uber has cultivated is pretty responsible.”