Three things you can do for Aaron Swartz 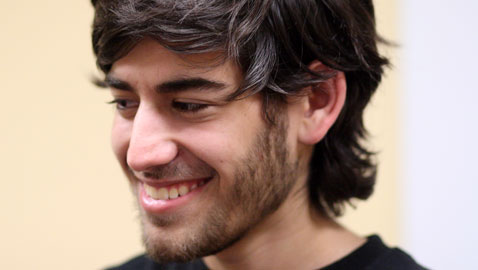 Three things you can do for Aaron Swartz

Online-rights activist Aaron Swartz, 26, killed himself Jan. 11 while facing an out-of-scale federal prosecution on so-called hacking charges – the mass downloading of articles from an academic journal repository to which Swartz had legal access. Swartz could have pleaded guilty for a six-month sentence or face a theoretical maximum of more than 50 years in prison, since a zealous Boston prosecutor kept adding charges as he fought. Apparently, Swartz didn’t feel like pleading guilty and serving six months in jail for trying to make what were primarily publicly funded studies available to the public that paid for them. The more you learn about the case, the angrier you’re likely to get.

Swartz suffered from depression, so it’s not as though U.S. Attorney Carmen M. Ortiz and Assistant U.S. Attorney Stephen Heymann can be labeled with full blame for his death. But they have rightfully become the faces of a justice system set up to prosecute with the unforgiving ferocity of a serial-killer task force what was merely an incredibly intelligent young man who worked for a more free society through creative, nonviolent means. It’s no surprise the hacktivist community has rallied behind Swartz in calls for reform, or that Democratic U.S. Rep. Zoe Lofgren, of California, is calling legislation to reform the outdated Computer Fraud and Abuse Act “Aaron’s Law.”

What can you do for Aaron Swartz?

Get informed. You can read up on Swartz at a million places across the Web. But the “Democracy Now!” show will be live streaming an event from 4 to 6 p.m. Saturday at which family and friends will be talking about Swartz as a person. (And OK Go’s Damian Kush will be performing). They’ll be gathered at Cooper Union’s Great Hall in New York City, but you can watch the live stream here.

Sign the petitions. There are three petitions before the White House at its We The People initiative: one each to remove Ortiz for overreach; fire Heymann; and to posthumously pardon Swartz. (Swartz was never convicted, and the charges against him were formally dropped after his suicide. This petition would make a statement about whether he should have been prosecuted.) You can read the background on all three and decide if you want to sign one or all for action or at least recognition by President Barack Obama and his staff by going to We The People and searching for “Aaron Swartz.” (The petition on Ortiz has passed the needed number of signatures, but if you feel strongly on the matter there’s no reason not to add your name.) A petition to reform the Computer Fraud and Abuse Act has been posted as well.

Attend a rally. There will be simultaneous rallies for Swartz at 3 p.m. Friday at the John Joseph Moakley Courthouse, 1 Courthouse Way, at Boston’s Waterfront, and at the White House. The goals are to protest the treatment and prosecution of Swartz by the Department of Justice and to raise awareness about the Computer Fraud and Abuse Act. The organizer is Anonymous’ #OpAngel group and friends, who have taken down the Massachusetts Institute of Technology’s website for its role in the prosecution – a role institute administrators are investigating internally – and blocked the vile Westboro Baptist Church from protesting Swartz’ funeral.

This post was updated Jan. 19, 2013, to add that there is a whitehouse.gov petition to reform the Computer Fraud and Abuse Act.