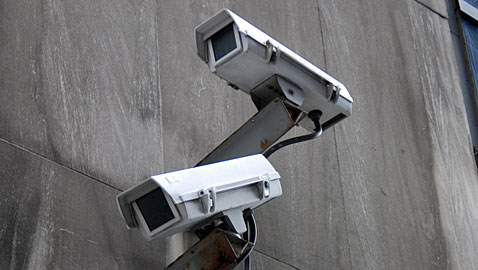 The city needs a policy on surveillance cameras, a city councillor argues.

An attempt at a citywide policy on surveillance cameras is in the works as of Wednesday, when City Councillor Craig Kelley recruited the help of Deputy City Manager Richard C. Rossi to craft one for presenting to the full council.

It could settle once and for all issues such as whether cameras should be added to streetlights as they are converted to energy-saving LED bulbs, a potential efficiency that was raised again in October after several mentions in recent years, and even the use of six cameras installed in 2008-09 with Homeland Security grants that public and council outrage kept from ever being turned on.

A policy could also affect the case-by-case use of surveillance cameras described by Cambridge Police Superintendent Steven A. Williams, who said the department has “access to cameras where … detectives can’t surveil a location directly.” An in-house process reviews whether use of cameras is necessary for an investigation, he said, and there may be one or two targeted at suspects or trouble spots at any given time. He said he didn’t know how many cameras were in place now for police surveillance.

There are also times residents want to turn a camera on neighbors or something in the city to document a complaint, Kelley said, and a policy was needed for that. (“The fallback answer is no,” he said.)

Finally, a policy could make camera-driven data collection possible, Kelley said. If the city has questions about such things as how people are enjoying Russell Field or the number of dogs at Pacific Street Park, city workers could post cameras as well as a warning they have been posted. Such cameras can also be adjusted to ensure they’re looking only where data are intended to be collected, so nothing else is recorded accidentally.

“We have one opportunity to figure out what we want to do with cameras. I can see ways of using them to gather useful data … I’m not saying we should or we shouldn’t,” said Kelley, conducting the meeting of primarily police, fire and school officials as part of the council’s Public Safety Committee. “The question simply becomes, what level of intrusion and privacy and so forth? If there are other ways people want to use these tools, there are ways we could figure out to safely use them.”

“There are ways to use cameras to collect data that are not Big Brotherish,” he said.

He also pointed out that each camera could cost some $5,000, a concern mirrored in the testimony of the public school district’s chief operating officer, James Maloney.

“In the aftermath of the shooting in Connecticut, the superintendent asked us to go out and meet with each principal, and there are a number of issues we have identified both short term and long term that we would like to work on,” Maloney said. “Virtually all of our K-5 and 6-8 principals have requested cameras in their buildings in certain areas … and they are very expensive propositions.”

Those schools now have cameras pointed mainly at entryways, where they watch but do not record. The high school has cameras in and around public areas on campus that are unmonitored but keep recorded data for a short time, long enough to have been used successfully in disciplinary matters and to catch thieves. The recordings can be looked at only by principals, deans and safety officers; parents are allowed to see only footage of their own children, Maloney said. The district’s larger buses have had cameras to keep discipline during drives for around seven years – long enough that the original cameras recorded to videotape.

The bus drivers resisted the cameras at first, Maloney said, but now are fans.

While posted signs warn students they are being recorded, Kelley noted that he couldn’t find a camera policy on the district website. He used that as a segue into an argument for a citywide policy that could “answer the questions about cameras once and for all.”

When resident and ACLU of Massachusetts Education Director Nancy Murray asked during public comment whether city cameras use software that can recognize faces or license plates, the answer was no in each case. But that didn’t mean there weren’t other cameras in the city that did have that power, Kelley said. State Police, for instance, use software that can read license plates.

“While the city has no formal camera policy, there are of course cameras all over the place,” Kelley said, “whether they be at the MBTA stations or at MIT, Harvard or bank telling machines or lord knows where else. And there are also individual cameras, and the technology gets faster and faster, so with a handheld camera you can do pretty amazing things. And they will only get more amazing.”

There was no deadline set for Rossi’s draft policy, which would ultimately be sent to the full City Council for consideration.