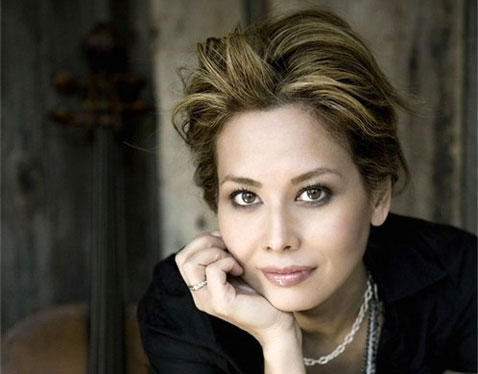 Hear what goes “Bump in the Night” (and help TargetCancer) with the Cambridge Symphony Orchestra. The community music organization continues its 38th season and its theme of Legends and Lore with “Bump in the Night,” featuring knockout cellist Allison Eldredge as soloist in Antonin Dvorak’s “Cello Concerto in B minor.” Also featured is “Night on Bald Mountain” by Modest Mussorgsky, arranged by Nikolay Rimsky-Korsakov; and Symphony No. 5 in D minor by Dmitri Shostakovich – with what music director Cynthia Woods calls some of the most chilling musical passages ever written alongside some of the most beautiful.

The nonprofit TargetCancer – which funds and directs research into rare and lesser-known cancers lacking specific treatment protocols – will have a presence in the lobby to tell concertgoers of the work it does and collect voluntary donations. In addition, the orchestra is donating educational presentations for the Cambridge Community Center’s afterschool program in a spring pilot project, as well as free chamber music at the public library and at the Cadbury Commons and Youville House assisted-living residences. It also performs a free full-orchestra pops concert in Sennott Park each June.

“We keep our ticket prices affordable, but we need to fill the house for the four regular season concerts like this Saturday’s in order to support our community outreach programs,” said Carol Thomas, of the orchestra’s development committee.

Tickets are $25, or $15 for students and seniors. “Bump in the Night” is at 8 p.m. Saturday at Kresge Auditorium, 48 Massachusetts Ave.

Rock at the Rosebud. A tremendous four-band show with White Mystery, a ferocious brother-sister rock ’n’ roll duo from Chicago, and three local bands: Darling Pet Munkee, a garage/surf rock supergroup with Michael J. Epstein and Sophia Cacciola of Do Not Forsake Me Oh My Darling and Catherine Capozzi of Axemunkee; Thick Shakes (described as playing “wall-smashing thrash pop” and “a dense, pounding wall of lysergic grit”); and the Electric Street Queens, a strut rock band described (by its members) as “sleazy, seedy and raw.”

Enjoy Lilypad’s Easter sampler. Locals Ginger Ibex, which describes itself as being at the wordless intersection of rock and classical leads an eclectic Saturday show, with a mix of bands and styles that offers something for almost everyone. It uses virtuoso performances by Sharon Crumrine on piano and Betty Widerski on viola to create often urgent, always beautiful sounds that provoke two uncanny reactions: They sound like the soundtrack to a movie you’d love to see; and they sound like more than two people are playing. (Sometimes there is. Mel Fitzhugh has been known to contribute violin and guitar, and Alan Trebat sits in on drums.) Expect a mix of songs dating back to the 2009 album “Firefly” and the best from the band’s recent “Rusty Goat Sessions,” an album begun and finished in a month as part of the RPM Challenge.

And expect something totally different from Ginger Ibex’ follow-up, the Wakefield band Silhouette Rising, whose repertoire ranges from sweet harmonies to the manic rock of its “Rehab.”

There’s so much variety on offer that it’s almost redundant for Ginger Ibex to be bringing Easter candy to share. But there will be Easter candy. 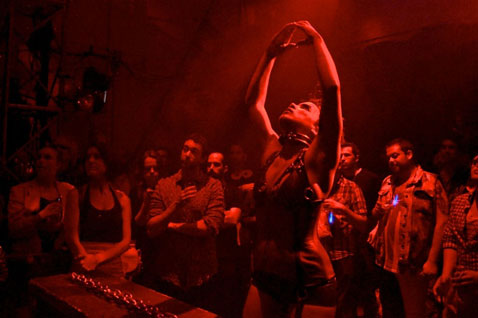 Experience “Gravity” in Harvard Square. What’s “Gravity”? It’s a superhero party show about a broken world ruled by an evil underlord and the four heroes who band together to defeat her and save their planet. It has original live electronic music, video projections, inflatable scenic installations and depth-defying action sequences that take the audience from the core of the earth to an icy rebel base, a fiery jungle, mysterious swamplands and beyond – courtesy of an ensemble of New York City artists, actors, songwriters and underground hip-hop sensation.

Th show is directed by Paul Leopold, who’s crafted some of New York’s most raucous performance parties and has costumes designed by custom fetish and latex goddess Klawtex.

“‘Gravity’ is a completely immersive performance experience, tailor-made for those who find traditional theatre stale. You’ll be transfixed and transformed and have a lot of fun,” says Mark Dommu, editor and chief of arts blog The Culture Whore.

This post was updated March 30, 2013, to replace an item that may not have been taking place with the Lilypad event.