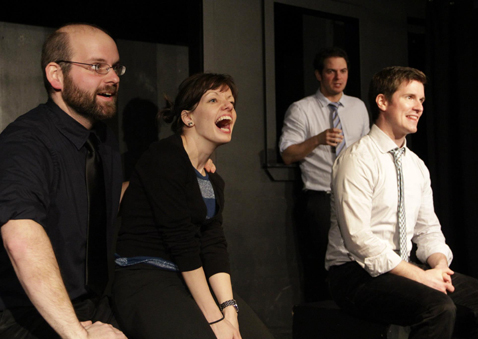 With a lockdown in place for much of Friday while police hunted a Boston Marathon bombing suspect, ImprovBoston was forced to cancel its offer of six free comedy shows.

The Central Square theater is trying again this Friday, opening its doors for a free 10 p.m. performance by its National Touring Co.

“Though ImprovBoston was not able to open our doors last Friday, we immediately began to consider other ways that the theater could help,” Managing Director Zach Ward said.

ImprovBoston is also offering free admission through May to any first responder, the “local heroes who showed unconditional support during the Marathon tragedy,” he said, “and we are partnering with organizations on campus at Harvard and elsewhere to offer entertainment for future fundraisers.”

ImprovBoston will also continue to collect donations for One Fund Boston to support the victims of the bombings, he said.

This theater’s half-hour standup and improv Nightcap show is free every week at 11:30 p.m.