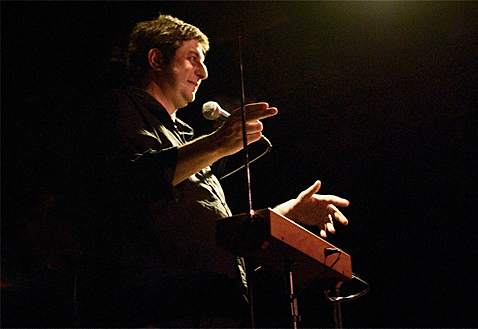 The Sinclair hosts the Eugene Mirman Comedy Festival the last weekend in June in three chunks, including a $15 early show Saturday billed only as “Eugene’s friend Ben’s favorite Boston comics” and a later Saturday show ($20 in advance, $25 the day of the show) with Wyatt Cenac of “The Daily Show”; Emily Heller; Mehran Khaghani; and “special guests.”

On Sunday is “Eugene Mirman Comedy Festival: Wesley Stace’s Cabinet of Wonders,” a Cambridge iteration of a recurring vaudeville-style night led by musician and author John Wesley Harding that combines music, literature and, of course, comedy.

The Sinclair show includes Tanya Donnelly of Throwing Muses, The Breeders and Belly; Steve Almond, the short story writer, essayist and author of the nonfiction “Candyfreak”; Damon & Naomi, the dream pop/folk-rock duo and book publishers; and Bill Janowitz and Chris Colbourn of Buffalo Tom. It is $20 in advance, $25 the day of the show.

This is the fifth year for the mainly Brooklyn-based festival, which the comedian launched, as he told Splitsider last year, because “In general, I found it easier to start things than to break into something that exists.” For a look at some of the things he started in Cambridge and Somerville, click here.