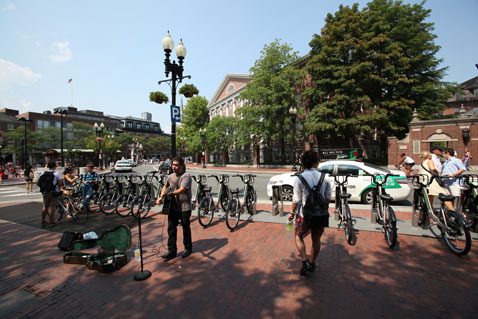 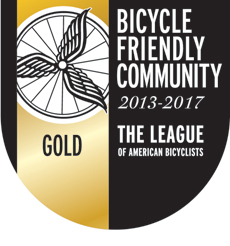 Cambridge has been recognized as a gold-level Bicycle Friendly Community, the League of American Bicyclists announced Monday. It is the highest-rated city on the East Coast and one of only two communities east of the Mississippi River with the gold rating.

Mayor Henrietta Davis will accept the award on behalf of the city at 9:30 a.m. Saturday at the Cambridge Main Library, 449 Broadway, just before the Cambridge Bicycle Committee launches the spring “Sweet Ride.”

There are 259 bicycle-friendly communities recognized by the league in 47 states across America, with the gold award recognizing a “commitment to improving conditions for bicycling through investment in bicycling promotion, education programs, infrastructure and pro-bicycling policies.” Four are platinum: Boulder and Fort Collins, Colo.; Davis, Calif; and Portland, Ore. And there are another 17 gold communities. Somerville and Arlington rate bronze.

“We are inspired when we see places like Cambridge making bicycling safer and more convenient,” said Andy Clarke, president of the Washington, D.C.-based league. “We know that investment will be returned many times over in the health, environmental, transportation and quality of life benefits of a thriving, attractive community.”

City Manager Robert W. Healy said the city is proud of its reputation as one of the best cities for bicycling in the country and “pleased to be recognized as such.”

“The city has actively invested in making cycling a priority, including establishing the Hubway bike share program and creating an expansive network of bicycle facilities. The popularity of bicycling here can be seen in the exponential growth in cycling, with numbers tripling in the past decade,” Healy said.