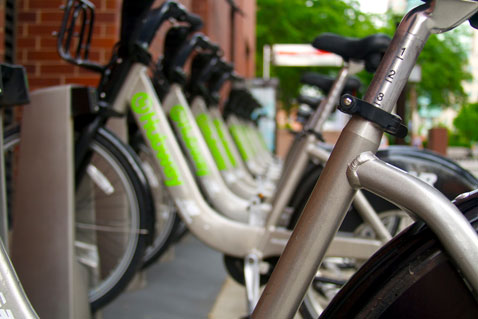 Brooke Savage, a resident of Boston who joined the system last year, checked out a bike from Washington and Waltham streets in Boston at 2 p.m. that Saturday and rode for about 10 minutes, dropping it off at Franklin and Arch streets, system officials said. It was enough to count as trip No. 1 million since launch July 28, 2011 – less than two years earlier.

The day before Savage’s ride was Hubway’s busiest day since launch, with 5,216 trips recorded.

359 Broadway at Fayette Street, between the Central and Inman square stations

And three stations added in Somerville on July 11:

Officials say Cambridge has the third-busiest station, at the Massachusetts Institute of Technology at Massachusetts Avenue and Amherst Street; and Somerville has the fourth-busiest, in Davis Square. (South Station is No. 1, with more than 41,000 rides daily, and the Coolidge Corner site comes in second.)

To mark Savage’s landmark ride, officials released some other statistics, saying Hubway’s members – of which 8,100 are active – have collectively ridden nearly 1.1 million miles, burned nearly 40 million calories and offset an estimated 285 tons of carbon dioxide. There are more than 3,800 trips per day systemwide. 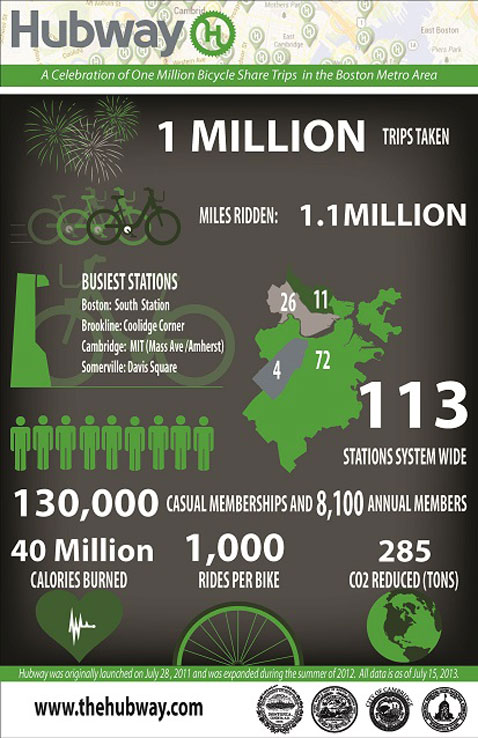