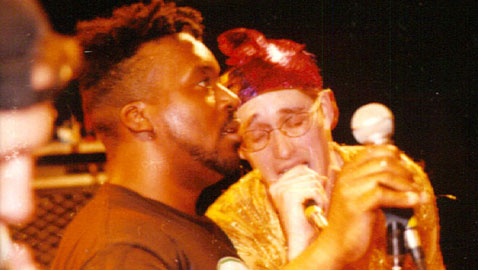 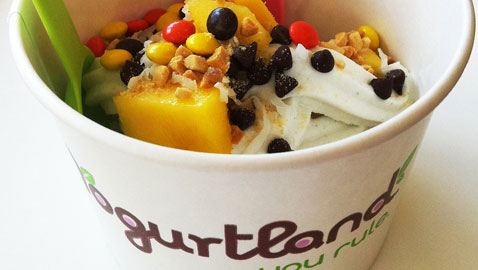 Have some froyo on the house. As the sixth shop to offer frozen yogurt in Harvard Square, the Yogurtland at 57 JFK St. is eager to ingratiate itself. Take advantage! There’s free froyo and toppings to be had from 11 a.m. to 3 p.m. Saturday and a buy-one, get-one-free deal from 8 to 11  p.m. In between, the shop offers a balloon artist and face painter from 2 to 5 p.m. and prizes and giveaways from 5 to 8 p.m. Can’t wait to see what Pinkberry offers when it opens in Davis Square!

Go one-on-one with the guys behind  “Computer Chess.” “Computer Chess,” the new quirky comedy from Bostonian Andrew Bujalski (“Funny Ha Ha”) is set in the ’80s and revolves around the object of the title. Cambridge film critic and film professor Gerald Peary makes his acting debut in the film. The film screens for one week at the Kendall Square Cinema, but after the 7 p.m. Saturday screenings Bujalski and Peary do a Q&A. Landmark Kendall Square Cinema is at 355 Binney St., Kendall Square. – Tom Meek

Reunite with Chucklehead. This Boston hip-hop and funk band had a great run in the 1990s (in the band’s words: “A regular on MTV, the group won four Boston Music Awards, six Boston Phoenix (RIP) Awards and was heard on hundreds of commercial/alternative and college radio stations. Chucklehead sold out venues across the country as a headliner and opened for legendary acts as diverse as KRS-One and Bob Dylan. They were sued by Pillsbury, kicked out of town by at least one sheriff and dutifully studied for clues to funk supremacy by countless bands.”) With its last album dropping in 1997, members have decided to reunite at 8 p.m. Saturday at The Middle East Downstairs, with openers Miss Fairchild and Moxa.

“Funk is an itch and it needs to be scratched. The members of Chucklehead are super-duper itchy. Over the years, there have been several attempts to regroup but the funkateeers could not be corralled. This time the stars have aligned,” organizers said. “The band is looking forward to seeing lots of familiar faces and introducing its wild funk to the uninitiated.”

Get your late-night scares at the Cinema Slumber Party. This midnight series of scare flicks brings you “Resolution” late Saturday to 2 a.m. Sunday. Filmmakers Justin Benson and Aaron Moorhead deliver a mind-bending psychological thriller set in an abandoned cabin on the edge of an Indian reservation, where Mike (Peter Cilella) stages a risky intervention to force his friend Chris (Vinny Curran) off meth and into rehab. But what begins as an attempt to save his friend’s life takes an unexpected turn when ominous threats start appearing around the house and they realize Chris’s addictions are the least of their worries.

The Slumber Party people call it one of the most talked-about discoveries of last year’s festival circuit and “genre-bending horror at its most bone-chilling.”

Check it out for $10 at the Somerville Theatre, 55 Davis Square.

Rock hard and funny with the women of Beyond Pink. Remember riot grrrl? Man, Beyond Pink sure does. These five Swedes got together in 2001, embracing that empowering DIY ethic with a hard punk/crust/hardcore sound, and they’re still melting faces off with irony-laden songs such as “Statement on Statements” and even straightforward tracks, complete with demon grunts, such as “Thanx to all the boys” (“Thanx to all the boys/Who make it to the show”).

“Our main goal isn’t to be a ‘look what girls can do’ kind of band. All five of us can relate to the warm, fuzzy feeling you had when you were younger and you saw some cool girl in a band. Of course it would be amazing if other girls felt that way about us, but that’s not what this band is about. I suppose it may be political that we’re girls playing, but above everything else we want to be recognized for our music,” guitarist Cajsa told the Invisible Guy blog. Vocalist and bass player Clara added that the message of the band is: “Don’t be stupid and don’t take yourself and everything around you (like us, for instance) so seriously.”

You get about five exuberant hours of performance to gauge her wisdom, from 5 to 10:30 p.m. Sunday at The Democracy Center, 45 Mount Auburn St., Harvard Square.