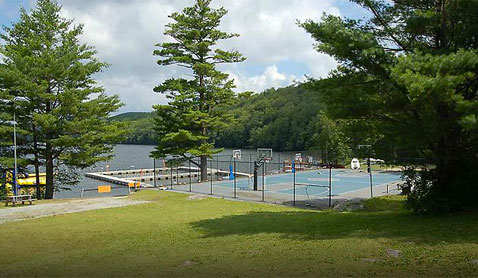 Camp Lenox, in Otis, hosts team-building activities for sports teams such as for Somerville High School players this month.

The rape of three Somerville freshmen by three members of the Somerville High School junior varsity soccer team took place Aug. 25 at Camp Lenox, in Otis, during team-building activities, according to the Berkshire District Attorney’s Office.

Because two of the three accused are under the age of 17, they have not been identified by name. Suspect Galileo Mondol was charged with one count of aggravated rape of a child under 16, two counts of assault with intent to rape a child under 16, one count of indecent assault and battery on a person who has attained 14 years of age, three counts of assault and battery and three counts of intimidation of a witness or other person. He and the other suspects will be arraigned in Central Berkshire District Court in Pittsfield.

Officials at the high school were made aware of the Otis incident Tuesday, said Somerville Mayor Joseph Curtatone and Somerville Public Schools Superintendent Tony Pierantozzi in a press release.

“We are disturbed and appalled that these crimes may have taken place and our thoughts and concerns are with the victims and their families,” they wrote.

Camp Lenox is a summer camp founded in 1918 in the Berkshire Mountains of Massachusetts. It went co-ed in 1984.

More information is in this piece by editor Chris Orchard in the Somerville Patch.