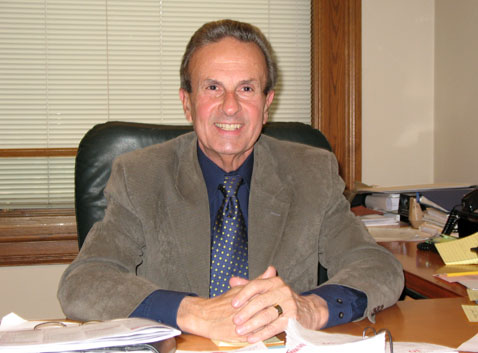 City Manager Richard C. Rossi’s approach to a task force on net-zero-emissions development has aspects pleasing to environmentalists and businesses.

The goal of a net-zero-emissions Cambridge has been embraced by City Manager Richard C. Rossi, with a timeline and task force structure ready for approval Monday by the City Council.

The effort got a rough start in what Mayor Henrietta Davis dubbed “net zero emissions month,” with the so-called Connolly petition at the heart of the issue effectively ignored at a Planning Board meeting Oct. 1 and forum she convened for the next day. But at a roundtable meeting Oct. 10, Rossi congratulated the net zero petitioners for bringing the issue to the forefront and crafted an approach that drew applause from Michael Connolly, “first signer” and key promoter of the petition.

“The agreement now on the table is the best possible outcome,” Connolly said.

Connolly noted particularly that after the roundtable Rossi agreed that the task force should have an additional community member, and was happy that the task force would explicitly examine the role of off-site renewable energy sources – a big part of the petition that had been lacking recognition from officials. The petition would apply to development of 25,000 square feet or more.

While a Thursday memo from Rossi on the task forces seems less than promising in places – it says the task force is “charged with advancing the goal of putting Cambridge on the trajectory towards becoming” a net zero community, which includes four or five levels of hedging – it also includes some concrete promises and stirring rhetoric:

The task force will develop actionable recommendations that are comprehensive, practical and implementable and at the same time bold in their vision; these may include changes to city ordinances, zoning, policies and other directives. The work of the task force should continue to advance Cambridge’s role as a regional and national leader in addressing environmental issues.

The task force, ordered in an 8-1 vote at the Sept. 16 council meeting, will be a 13-person team that includes community advocates, residents, business and property owners, and developers. It is to work alongside council staff and the experts recommended by Rossi to address greenhouse gas emissions, renewable energy generation, energy efficiency and conservation and the development of educational practices for occupants to further conserve energy, Rossi said.

Rossi outlined a proposal that calls on the council to appropriate funds to hire experts and consultants that would address the concerns of affected businesses and developers.

At an early meeting on the petition in August, Terrence Smith, director of government affairs for the city’s Chamber of Commerce, said the petition should be withdrawn until after businesses and developers weighed in. He and other business people were otherwise reluctant to speak.

Rossi’s approach tackles that head on.

In Rossi’s timeline, there is to be a functioning task force by the end of the year, and the group will start work by January. Actionable “tier 1 recommendations” are expected to be on the table for discussion by April, and a set of final recommendations delivered by December 2014.

“With a positive vote on Monday evening, net zero will be established as an official policy goal for the city,” Connolly said. “That’s a huge win for the hundreds of residents who signed on to our online petition, and it holds real promise for the future as we continue to address the issue of greenhouse gas emissions, the primary cause of man-made climate change.”