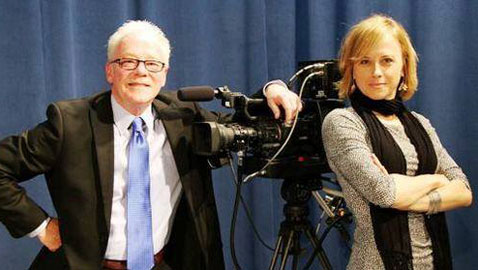 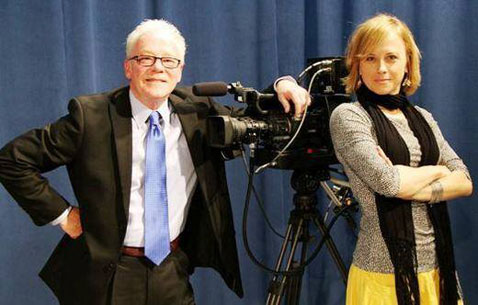 Joe Lynch and KyAnn Anderson and the hosts of “Greater Somerville” on Somerville Community Access Television.

The 2014 Somerville Community Access Television annual gathering is from 7 to 9 tonight. Joe Lynch, creator, producer and co-host of the “Greater Somerville” show, is hosting the awards portion of the show, broadcast live from the SCATV studios.

Residents can tune in on SCATV’s Channel 3 or come to the studio and be a part of the audience – an option that includes light supper (from India Palace, Cantina La Mexicana, the Neighborhood Restaurant and Highland Cuisine) and libations starting at 6 p.m., Lynch said.

The gathering gives SCATV the chance to honor producers, hosts, directors, filmmakers and radio show creators at the organization, as well as hear from elected officials on its importance to the city’s arts and culture.

The studio is at 90 Union Square, Somerville.