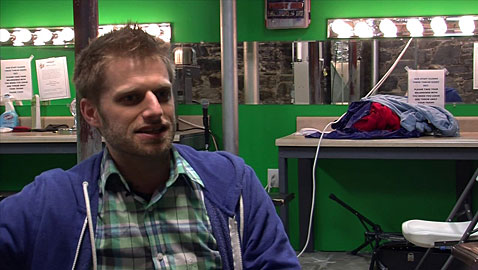 ImprovBoston’s Sunday standup comedy People’s Show and its director, Dana Jay Bein, will donate a second night’s ticket sale proceeds to help the people displaced by the Feb. 12 fire at 238-240 Prospect St. The show is planned for March 23.

The Central Square comedy club already helped raise nearly $4,000 for the victims – Bein, after learning about the fire on his block, worked with the theater to donate proceeds from the Feb. 16 show and teamed up with Bukowski Tavern to have a night of tips donated to the effort.

“We uncovered a generosity and desire to help neighbors that we had to tap into. It is so inspiring to see this community come together to support the victims,” Bein said.

The efforts of Bein and Bukowski Tavern was reminiscent of the community effort made to help about a dozen people who lost their homes in a fire on Central Square’s Columbia Street in August 2012.

Tom Spataro, managing director of ImprovBoston, said the theater was happy to help. “Dana is so passionate about this cause, and we see it as a perfect way to fulfill our mission by serving the community through laughter,” Spataro said.

The second, 10-comic People’s Show benefit will take place at 9 p.m. March 23. Tickets are a suggested $10 each, with all proceeds from ticket sales going to the victims of the Prospect Street fire.