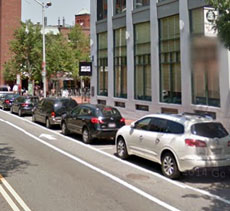 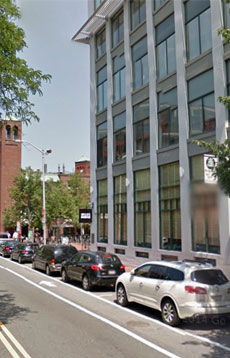 As of Jan, 12, the hours of operation for metered street parking will expand two hours, to 8 p.m. from 6 p.m., in Kendall Square. (Photo: Google)

Kendall Square’s emergence as a destination for diners, moviegoers and shoppers is bringing tougher parking rules in the new year.

As of Jan. 12, the hours of operation for metered street parking will expand two hours, to 8 p.m. from 6 p.m. – as was done in Harvard Square in 2010 – but with the same rates of $1 per hour, said Brad Gerratt, deputy director of Traffic, Parking and Transportation.

“Ensuring an adequate supply of short-term parking is an essential component for the success of this area,” Gerratt said in a Monday press release. “The expanded hours will discourage vehicles from using short-term metered space as overnight parking during peak evening business hours [and] helps ensure that the city’s busy business districts remain vibrant places to eat, meet friends and spend time in the evenings.”

Few residents will be affected because the change will take place mostly around those restaurants, shops, the theaters and other places people visit for short times. Most spaces getting added meter hours allow two-hour parking, Gerratt said.

The changes are “conservatively” estimated to bring the city an additional $110,000 per year in meter revenue, Gerratt said.

There have been changes in parking roughly every two years in nearby Central Square, with parking rates doubling from 50 cents per hour and pay hours stretching to 10 p.m. from 6 p.m. at two city-owned lots in August 2010, then at the square’s three remaining lots in October 2012. This past summer, parking rates doubled to $2 per hour between 6 to 10 p.m. – changes that Gerratt credited to “the success of the Central Square Cultural District” bringing more evening activity and increasing demand for evening parking.

The Kendall Square changes have been planned for some time, he said, and Lee confirmed that talks about changes in parking have started months ago with the city’s Traffic, Parking and Transportation Department  after seeing the changes’ success in other parts of the city.

The timing of the changes were based on “when we had a plan and the materials and resources in place to make this change,” including new street signs indicating the times meters are in effect, meter rate plates and labels for meters and time for staff to install everything, Gerratt said. City workers are expected to be done updating meter decals and parking signs by early January so parkers can get used to changes before enforcement begins Jan. 12.

This won’t be the end of the changes, of course. Gerratt named business districts along Massachusetts Avenue as the next likely place to see longer hours for metered parking, although where is still being evaluated.

There is no specific timetable for future changes.

“Extending metered time helps with turnover of parking spaces so that there is parking available for visitors to the area,” Gerratt said. “That is our goal.”