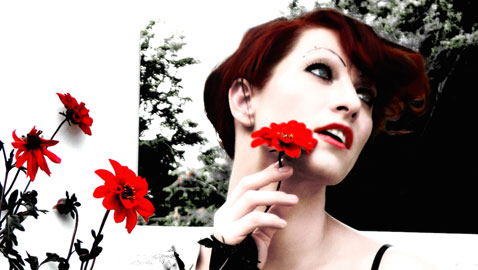 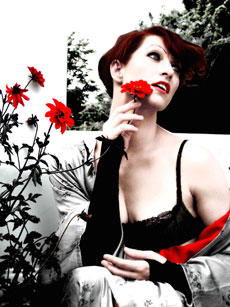 “Tickets for this are going to go fast, because, you know, small and weird,” Palmer said in an email. “And when they’re gone, they’re gone. I suggest coming both nights if you possibly can … The sets will be different.”

Opening is PWR BTTM, a progressive-punk duo out of Bard College that Palmer called a new favorite.

“I’m going to be announcing a small USA tour in about a week – heads up, it’ll be early April. And meanwhile, I cannot sit still and a thing happened, so I have two shows coming up,” Palmer said, explaining “the thing”:

Long story kinnnnda short: I’ve been kicking around Boston/Cambridge these weeks, exhausted from the year of manic-book-writing and subsequent touring.

I ran into a friend of mine, J.J., who I know because her sister is Claudia Gonson from The Magnetic Fields. She’s a chef and started her dream catering company, an amazing local-organo-farm-to-table outfit … she needed a catering space with a good kitchen, and found this bizarro old function hall in Somerville and bought it, and is now hosting punk bands and other random events every so often.

“So even though I wasn’t planning on doing Boston shows this month, I cannot resist a punk function hall,” Palmer said.

I figure I’ll try out some new material, do some experimental performance art, sing some covers from “Jesus Christ Superstar” on zither, you know, the usual. Also, there will be amazing food. And I am going to concoct (no shit!) some house cocktails at the bar with some local elderflower liqueur in them.

“Expect the unexpected. we need to get our freak on,” Palmer said.