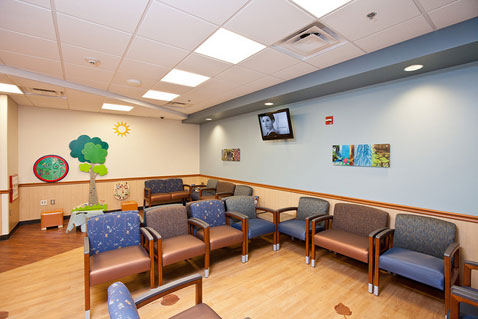 Cambridge Hospital emergency patients spent more time in the emergency room in the first six months after the health care system closed a separate emergency service for psychiatric patients last June, and the average stay for those needing mental treatment rose even more compared with a year earlier, according to figures provided by the Alliance.

During the period from July 1 to Dec. 31, the average stay for all Cambridge Hospital emergency room patients was two hours and 33 minutes, compared with an average of two hours and 10 minutes for the same period in 2013, when the psychiatric ER was operating. The average length of stay measures the time patients spend in the ER before being discharged or admitted to the hospital.

The length of stay for psychiatric patients seen in the main ER increased sharply after the separate emergency service closed: to four hours and 14 minutes, compared with two hours and 46 minutes for the same period a year earlier. Figures on the average stay for patients seen in the separate psychiatric emergency room were not readily available, Cambridge Health Alliance spokesman David Cecere said.

Another possible reason for increased length of stay is that the hospital saw more emergency patients overall in the 2014 period compared with 2013, Cecere said.

But there has been “no significant change” in indicators that Cambridge Hospital doctors use to measure safety in the emergency room, and the number of psychiatric patients leaving without treatment has not increased, Cecere said.

“As with any integration, we have experienced challenges, including higher than expected volume,” he said. The hospital “has implemented some adjustments while others are in progress.”

The Alliance closed the psychiatric emergency service June 4 despite protests from nurses, relatives of patients and a request from the City Council to reconsider. One psychiatrist said he would resign because of his belief that merging the separate service into the main ER while eliminating the jobs of psychiatric nurses and counselors would be unsafe for patients and staff.

Alliance officials said the move would improve treatment and “timeliness of care” and reflected industry practices. It was expected to save $1 million for the financially struggling health care system. Officials said there would be enough psychiatrists, counselors and nurses available in the main emergency department to care for an increased number of psychiatric patients. About 2,500 patients a year used the separate service, and an equal number went to the main ER at Cambridge Hospital, officials said.

Cecere said the hospital has not changed its staffing plan since the closing, but is now renovating two rooms “to increase our ability to quickly repurpose them to suit the specific needs of each patient,” whether psychiatric or medical. Before the change, the Alliance said it had remodeled two rooms to serve as locked “safe rooms” for psychiatric patients, similar to facilities in the psychiatric ER.

Alliance officials also invited members of the Middlesex chapter of the Massachusetts National Alliance on Mental Illness to sit on an advisory committee of patients and relatives of patients. Material on the chapter’s website indicates that two members have joined the advisory group. Messages left with NAMI were not answered.