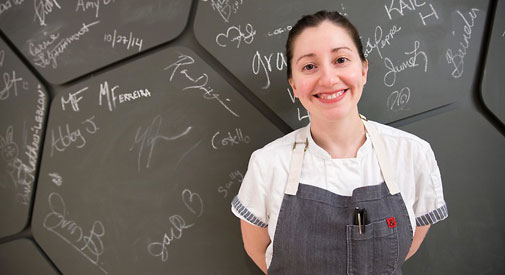 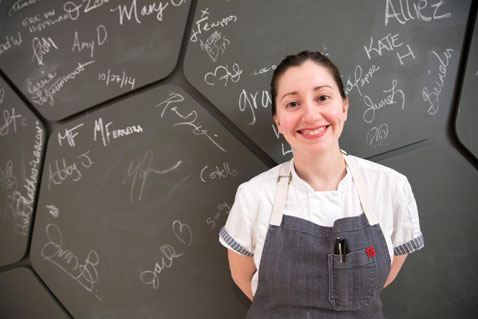 The restaurant trends magazine StarChefs.com says its team spent more than six months visiting more than 100 area chefs, pastry chefs, bartenders, sommeliers and artisans to determine its list of winners, who are contributing signature dishes to the evening’s tasting and wine-pairing portion.

Among winning chefs are Patrick Campbell of Café ArtScience; Cara Chigazola of Oleana; Carl Dooley of Craigie on Main, all from Cambridge; John daSilva of Spoke; and Cassie Piuma of Sarma, both of Somerville. There’s only one other chef on the list – Matthew Delisle of Boston’s L’Espalier.

The pastry chef category is all Cambridge: Renae Connolly of Café ArtScience and Rachel Sundet of Hungry Mother.

And the chosen restaurateur is Jason Bond of Cambridge’s Bondir.

Antoinette Bruno, editor-in-chief of StarChefs, noted the large number of women among the honorees and candidates. “While much of the country struggles to nurture – let alone celebrate –women in the restaurant industry, Boston and its leading female chefs, including Lydia Shire, Barbara Lynch, Jody Adams, Ana Sortun and Susan Regis, have worked for years to establish the city as place where women chefs can flourish and lead,” Bruno said.

There are Rising Stars categories that don’t include Cambridge and Somerville culinary leaders or up-and-comers this year – the winning “concept” award goes to Mei Mei in Boston, the top hotel pastry chef is from the Four Seasons; top bartenders are from Drink and Baldwin Bar and top sommeliers are from Bar Boulud and L’Espalier; and the top brewer is Bryan Greenhagen of Mystic Brewery. New England Charcuterie’s Joshua Smith is honored will be honored as an artisan, and Eastern Standard’s Naomi Levy will be honored for community.

“The Boston dining and drinking scene is expanding beyond the city center and Cambridge. Now, you can have dim sum-style mezze, award-winning cocktails and killer large-format dinners in places like Somerville, Newton and as far as Woburn,” said Will Blunt, managing editor of StarChefs.