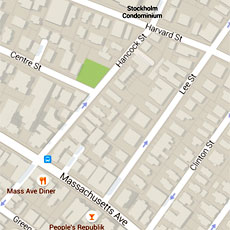 A 65-year-old man from Belmont is accused of driving into Cambridge, stabbing a man waiting for a ride-share service and fleeing – only to be stopped on a nearby street.

Frank Fraumeni, 65, of 174 White St., Belmont, was arrested and charged with assault and battery with a dangerous weapon and assault to murder early Saturday after he stabbed the victim and fled in a vehicle.

The victim and his friends were outside a business on the outskirts of Central Square waiting for a car from a ride-sharing service at about 11:15 p.m., said Jeremy Warnick, director of communications for Cambridge police.

The victim was about to enter what he believed to be his scheduled ride share vehicle, when the driver stepped out. An altercation ensued and the driver/suspect ended up stabbing the victim.

The stabbing took place at Hancock Street and Massachusetts Avenue in Mid-Cambridge, Warnick said. Fraumeni was stopped quickly by officers at Harvard Street, which begins only a couple of blocks to the north. The entire thing took place within about five minutes.

A witness to the stabbing identified Fraumeni as the suspect, Warnick said.

The victim, a Cambridge resident, had been stabbed in the stomach. Cambridge police found the victim lying and bleeding and provided medical help. The victim was taken to a local hospital with “serious” injuries, Warnick said.

An unrelated second arrest was made at about 1:25 a.m., when police responded to the report of a breaking and entering in progress and found a man – later identified as Paul McGarty, 44, of 1715 Massachusetts Ave. – standing at a Massachusetts Avenue residence with blood and plaster on his hands.

He was arrested for malicious destruction of property, breaking and entering and disorderly conduct.