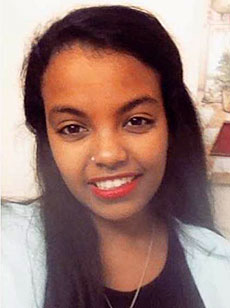 A move to “pause” implementation of the standardized test called PARCC won support Tuesday from the School Committee and will be sent to the city’s legislative delegation and other state-level education leaders.

The motion asks that the implementation of the Partnership for Assessment of Readiness for College and Careers test statewide be delayed to allow complete review, which “cannot happen in time for the scheduled vote this fall” on adoption. It also calls for a “community-wide forum” to discuss the issues surrounding it and all state-mandated standardized testing. The vote was 6-0, with Mayor David Maher unable to be present, but his assistant Alanna Mallon said he “definitely would have voted yes” on the motion.

After a two-year trial in which every district in the state took the test during at least one year, state education commissioner Mitchell Chester is slated to decide this fall whether it will replace MCAS permanently as the state’s standardized test. They differ in several ways, with the proposed test being given at least twice a year instead of MCAS’ once; they are timed; they are given on a computer; and they are intended to be given in three of high school’s four years. Chester is also chairman of the governing board for the new test.

The committee move caps a year of pleas from many parents and teachers to fight against what was at one time considered an all but inevitable switch from the current tests to the new PARCC assessments, culminating at the last meeting in the presentation of a teacher petition to the legislature to “adopt a moratorium on the high-stakes use of standardized tests” with the intent that communities develop different assessments. Cambridge now joins several other Massachusetts school boards, as well as some superintendents, in protesting the new test.

The final motion was a combination of two similar motions brought by Fran Cronin and jointly by Kathleen Kelly and Patty Nolan. There was no debate on the issue, only discussion on how to best combine the two motions.

Separately, the City Council grappled briefly with a motion of its own resisting the new standardized test, but it came just before its Monday meeting ended at midnight and Maher ultimately used his “charter right” to set it aside until June 1. Until that move, Councillor Tim Toomey looked like a no vote, saying, “I don’t know what the answer is … but I don’t want to go back to the days when we were graduating with sixth-grade reading levels.”

The School Committee also heard an update Tuesday on the first year of a contract with consultant Jon Saphier, president of Research for Better Teaching, to significantly improve teacher and student performance. The work consists of an ongoing professional development course called “the High-Expertise Teaching Project” led by Saphier’s colleague Kathy Spencer and attended this year by “100 principals and academic coaches” in the district and a selection of newly hired teachers.

After showing two videos clips of “high-expertise teaching in action,” Saphier essentially ran a mini-class and assigned the committee, along with Superintendent Jeff Young and Assistant Superintendent Carolyn Turk, to meet in small groups and report back on what they observed.

His questions focused on teachers creating ways to engage each student, making sure each child felt heard and encouraged, and communicating that they think the students are capable of doing good work. He pointed to the recent trend of having each lesson’s learning objective written on the board before class. While that is important, Saphier said, “having the principal mandate that it is written on the board can translate to shallow practices” if the students don’t understand what that objective means.

Saphier was followed by seven Cambridge educators extolling the benefits of the approach, many saying it has been “the best professional development program” they’ve ever attended. Morse School Principal Pat Beggy said that “what made the HET better [than others] was the fact that I attended the course with a team from my school,” and they were able to work together. Vassal Lane Upper School academic coaches Matt Dunkel and Sara Foleno enthused that they were able to “create common language” across their respective math and English-language arts disciplines in talking about individual student performance. Dunkel said that the course has improved his ability to “see what’s important” in the classroom. He also described a situation in which adjustments made in one class after the course led to higher scores.

Higher scores, or what evidence the district can expect to see that the system works, were on the minds of committee members. Cronin asked what the “benchmarks” will be to measure success in this program.

“I would design an evaluation for next year,” Saphier suggested, “to see if [teacher] practices were changing.” He repeated statements from his presentation last June that the results should be better practice and better scores for students.

The four committee members who attended the annual National School Boards Association in Nashville, Tenn., shared some of their experiences. Nolan cited specific program examples she thought Cambridge could replicate, including one high school that turned its library into a “maker space” and increased traffic by more than 100 times. Cronin noted some broad trends, including nationwide increases in English language learner students, and was impressed with Nashville’s partnerships with surrounding businesses such as Nissan and broad career fairs.

Kelly said she was sobered by Nashville’s overall sorry state of schools and reminded how fortunate Cambridge is regarding resources. But she came away thinking Cambridge should think in “bigger units” – and perhaps with Somerville and other communities – about what the region can offer in terms of partnering for job opportunities for graduates.

Fred Fantini also was impressed with Nashville’s connections between schools and area job prospects, and linked that to a motion he put forth that passed unanimously: that the city begin working with the MIT to plan how the district can create opportunities for its graduates in “the planned buildout by the Massachusetts Institute of Technology of five parking lots into housing, research, biotech and commercial buildings.”

Cambridge Rindge and Latin School senior Linda Mindaye was invited by Maher to speak about getting a New England Princeton Prize in Race Relations award for a project that included leading a series of three-day workshops at the high school to “give tools for discussions on race, class and gender.” Maher, who also brought forth a motion to send her a letter of congratulations, said she had also gathered together members of the community – police, fire and elected officials – to join students in these discussions, and endorsed another person’s comment that “Linda has the ability to change the world.”

The hope of having a bus system that will allow parents to know where their kids are arose again with passage of an $18 million, five-year transportation contract. District Chief Operating Officer James Maloney said that they are still hoping for a pilot program at one school this June.

Meanwhile, the details of how drivers can drive without distraction is still being worked out with the Registry of Motor Vehicles, he said, and the department will handle a proposed requirement that buses for long trips have seat belts administratively rather than through policy change.

Passed without discussion were contracts for $85,000 for math materials and $74,000 for materials for a phonics program; and acceptance of $5,900 in grants and miscellaneous gifts.

Referred until the next meeting was the final vote on revisions to bullying policies.