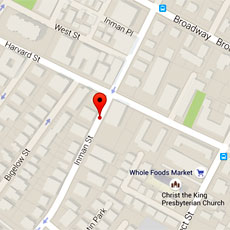 More than $100,000 worth of drugs and an illegal firearm were seized Wednesday, leading to the arrest of Marcus Bonnenberg, 24, at an apartment at 39 Inman St. in Mid-Cambridge, police said today in a press release.

A search warrant was executed there by a mass of law enforcement, including members of the Cambridge Police Special Investigations Unit, U.S. Drug Enforcement Agency’s New England Field Division, Worcester Tactical Diversion Squad and the Boston office of the Department of Homeland Security Investigations, said Jeremy Warnick, director of communications for Cambridge police.

The search found 65.5 grams of cocaine,1.2 kilos of ethylone, 1.2 kilos of methalone, 16 perforated tabs of LSD, 20.7 ounces of marijuana, a 9mm Ruger gun and ammunition, computers, drug paraphernalia and other items, Warnick said.

“This was a tremendous collaborative effort that led to a standout arrest and a large volume of drugs and an illegal firearm,” Cambridge Deputy Superintendent Steven DeMarco said. “We are extremely pleased with the results and the fact that this arrest will make our city that much safer.”

The investigation is going, police said.