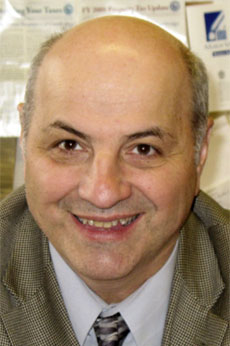 Cambridge Health Alliance expects to just about break even in its next fiscal year, a significant improvement for an organization that has been struggling to achieve financial stability.

The Alliance, the state’s second-largest provider of services to poor and uninsured patients, adopted a budget Tuesday that forecasts an overall loss of $4.8 million in the year that starts July 1. Even that modest prediction depends on doctors treating many more patients outside the hospital, according to budget documents. And the Alliance still expects to lose $12.7 million on health care operations.

The chairman of the board of trustees’ finance committee, Cambridge finance director Louis DePasquale, questioned the break-even forecast sharply, particularly after figures from May showed many fewer patient visits than expected. “This is a scary month to be approving that budget,” DePasquale said at a special meeting of the committee Monday.

Nevertheless, DePasquale and other committee members voted to recommend the budget to the full board. At the board meeting, he again warned that it was “a large assumption” to predict substantial increased revenue from doctors treating more patients. Alliance managers “convinced everybody that we can do it,” DePasquale said.

In recent years, both optimistic and pessimistic budget forecasts haven’t panned out. In 2014, the Alliance was supposed to lose $19.1 million, but plunging volume led officials to put the actual loss at $28.1 million at the end of the fiscal year. A month later, they corrected the figure to $17.7 million, citing unexpected cash from previous years.

This year, the health care system is on track to earn a surprising surplus of $24.6 million, but leaders consider that essentially a fluke resulting mostly from unanticipated revenue from state programs, previous years’ operations and other sources not connected to health care operations.The budget adopted last July had predicted a loss of $19.8 million.

This year the Alliance enlarged its primary care clinics in Malden, Everett and Revere to handle more patients and had expected increased revenue from higher volume. But construction in Everett and Revere was delayed, with the Everett clinic completed in March and Revere last month. That led to the disappointing volume figures in May, officials said.

The system is also expanding the Elder Service Plan, a program that serves low-income frail elders over 55, keeping them in their homes instead of nursing homes. The Alliance plans to move the program from the Manning Apartments public housing development to a larger space on Gore Street in East Cambridge, and also open a site in Malden.

This year, managers set new productivity goals for doctors and streamlined procedures in hope of increasing the number of patients seen outside the hospitals. Actual volume isn’t expected to meet goals, though it is higher than in the 2014 fiscal year. The budget for next year depends on those measures plus expansion in the MCrew area to pay off in increasing the number of primary care visits by 11 percent.

In the current fiscal year, officials had also banked on a big increase in the number of mental health visits, setting up procedures aimed at helping therapists see more patients, including suggesting more use of group therapy. But the number of psychology visits is anticipated to fall far short of expectations. For the next fiscal year, the budget forecasts little increase.

Officials also believe that the number of hospital patients and visits to specialists will continue to decline. The trend is “based on changes to service area demographics and [doctor] vacancies,” a budget analysis prepared for the trustees says.

The Alliance plans to invest at least $26 million in construction and other capital projects, including $300,000 for “patient safety” improvements to psychiatry units and $200,000 for card readers and other security equipment, according to a budget summary. Other work will improve elevators and heating and cooling equipment. The capital budget also calls for upgrading information technology systems.

Officials said they may request extra money for other construction projects in the middle of the fiscal year, which has occurred before. That brought a warning from DePasquale: “I really don’t want these midyear discussions until we see how we’ve done [on previously approved projects]. We can’t keep voting for more and more and more.”