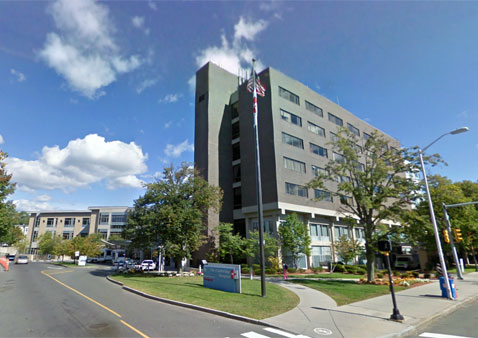 That’s a lot better than this year, when the Alliance lost an estimated $28 million. On the other hand, at this time last year, Alliance officials predicted the system would lose much less, and turned out to be wrong, mainly because there were many fewer patients than expected.

The Alliance, which serves more poor and uninsured people than any other hospital system in the state except Boston Medical Center, has been losing money on health care operations since at least 2009. Since it was forced to sell its successful Medicaid managed care insurer in November 2011 because it couldn’t meet reserve requirements, the health care system hasn’t had revenues to offset the losses.

The proposed budget for fiscal year 2015, which runs from now until next June 30, represents what Alliance officials and trustees hope is a turnaround. To achieve it, the system is spending money to open and staff new clinics and services. At the same time, some areas, such as outpatient mental health, are expecting to treat many more patients without adding providers.

“Hopefully we will have 22,000 more visits [to outpatient psychiatry] with the same number of clinicians,” Chief Executive Patrick Wardell told members of the board of trustees’ finance committee June 10.  The budget assumes that total patient volume will increase 8 percent, with less than 1 percent more staff.

Despite questions about whether the predicted volume increases will materialize, the committee voted unanimously to recommend adoption of the budget.  Members of the full board will vote on the proposal this month.

The budget calls for opening primary care offices in Everett, Revere and Malden and an additional site in Malden for the Elder Service Plan program serving frail seniors, based in Cambridge. Officials said there is unmet demand for primary care and the senior care program in that area. The Alliance includes the former Cambridge City Hospital, Somerville Hospital, Whidden Memorial Hospital in Everett and 15 primary care offices.

In another expansion, the Alliance plans to hire two part-time dermatologists. The positions were in last year’s budget but not filled, so Alliance patients who needed skin treatment had to go to outside specialists.

On the efficiency side, managers began asking primary care physicians to meet productivity goals several months ago, and the system has also streamlined how patients get appointments. Changes in outpatient mental health, outlined publicly for the first time at the committee meeting, may affect patients and clinicians more.

Patients, particularly new ones, may find themselves in group therapy rather than having one-to-one sessions with a therapist, senior director of psychiatry Lisa Foley told trustees. New patients may be referred directly from intake to a group without any individual treatment, Foley said. The outpatient service will increase sharply the number of groups, she said. Now there are 40, some with as few as four patients, Foley said.

“This is a significant change,” she said. “It will take some culture change for both patients and clinicians.”

Doctors who aren’t “confident” about leading groups may work with an experienced clinician at first, Foley said. “We have to make sure people have the skills,” she said.

Clinicians will have an incentive to treat patients in groups because productivity goals will require them to accept a certain percentage of new patients. “The easiest way to get productivity credits is to do groups,” Foley said.

At the same time, patients who miss appointments will face quicker intervention. “Previously we gave people multiple chances” to stay in treatment, Foley said. Now, no-show patients will be referred to an “orientation” that explains the treatment process and for those who keep missing appointments, “we will have a conversation with the clinician” about whether to continue treatment. People in obvious need won’t be dropped, Foley said.

The outpatient mental health center on Central Street in Somerville now turns away many people seeking care, officials said. “It’s gotten to the point where many of the primary care doctors aren’t even referring their patients,” Foley said.

“This is volume that we know is there,” said Ellen Semonoff, the board’s chairwoman as well as assistant city manager for human services in Cambridge.

Still, trustees were wary of the assumptions behind the budget proposal. “What if we can’t grow in certain areas?” asked committee chairman Louis Depasquale, Cambridge’s assistant city manager for fiscal affairs. “What’s the strategy? What’s the red flag?”

“All of us in management should know that we have to perform,” Wardell replied.

Depasquale also asked why officials had embraced expansion after “a difficult year.”

“Why that strategy?” he asked.

“How can we not?” Chief Financial Officer Jill Batty responded. “We know there is demand in the communities we serve.” Chief Medical Officer Dr. Assaad Sayah added: “We need to invest in growth. If we don’t increase growth, if we don’t keep busy, we will never be efficient.”